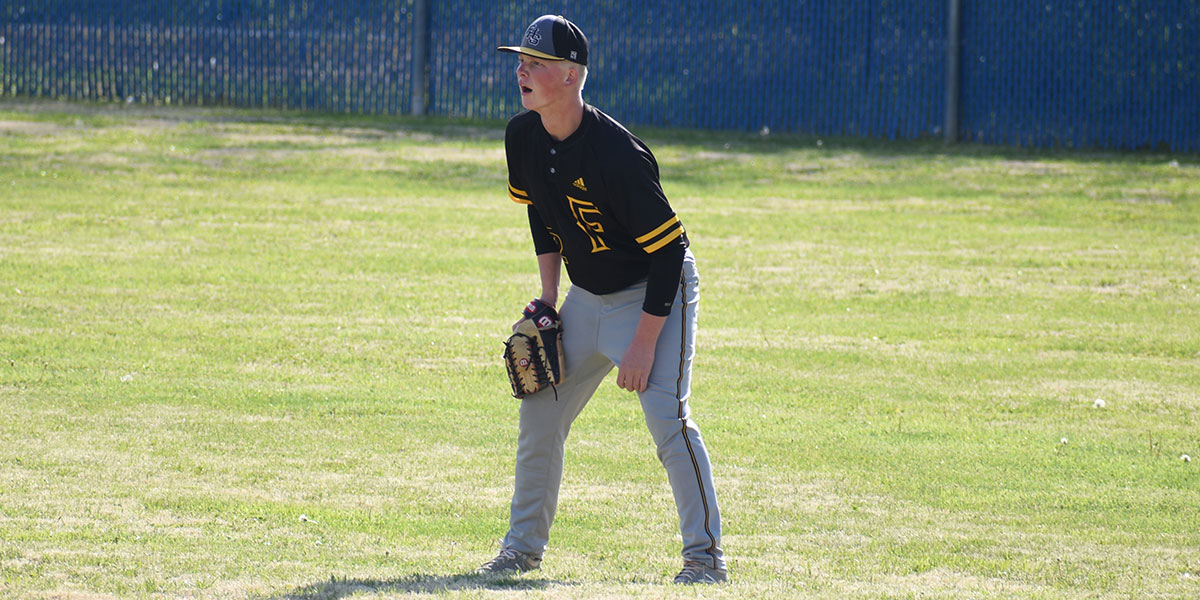 The Festus Tigers again roll over the Hillsboro Hawks 15-4 and move to 9-9 on the season. They look to get over the .500 mark on Tuesday, April 27th against Parkway West.

The Festus Tigers Varsity Baseball team tore apart the Hillsboro Hawks 15-4 on Friday. The Tigers are now 9-9 and beat Hillsboro twice in a row.

“It feels great to beat a rival team twice,” Nate Moore said. “We all competed as a team and finished together.”

The Tigers had an offensive explosion in this one. However, it was the Hawks who struck first. They scored off of a Tiger error and pulled ahead 1-0.

It didn’t take long for Festus to strike back, and they did so in a big way. In the top of the second Brayden Montgomery got the scoring started with an RBI-single that evened the score. Two batters later, Cole Wagner hit a single that brought Connor Hulsey in to score and gave the Tigers the lead. They didn’t stop there. Hayden Bates immediately hit a double that brought both Montgomery and Laine Axtetter around to score. Shortly after, Collin Reando hit a sacrifice fly that extended the Tigers’ lead to four. Festus scored two more runs before exiting their half of the second inning ahead 7-1.

The Hawks added a run in the second and two more in the third. Festus scored once in the top of the third and piled onto their lead even more later in the game.

The dugout was beaming after their second straight win over the Hawks.

“It felt great to win twice against a rival,” Wyatt Huskey said after the game.

Wagner and Huskey led the team in hits with two each. Wagner was 2-2 with two RBIs, scored four runs and drew three walks. Bates was 1-2 with three RBIs. Reando had two RBIs. Axtetter was 1-2 and scored three runs.

Cameron Ford started the game on the mound for Festus. He tossed 73 pitches through four innings, allowed four runs on five hits and struck out one batter. He also picked up the win. Ethan Carroll pitched three innings in relief. He let up only one hit and struck out two batters.

The Tigers are back to .500 and beat their rivals twice in a row. They head into next week’s games with a much needed confidence boost off these two wins. Their next challenge is Parkway West on Tuesday, April 27th.