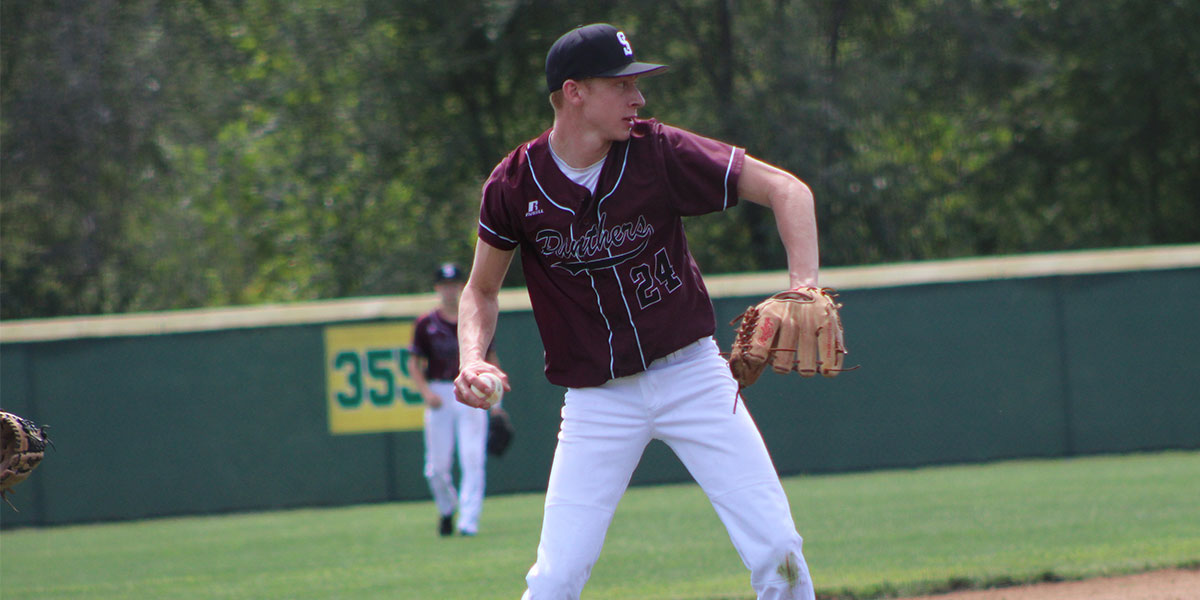 The South Iron Panthers lose to East Carter, but bounce back with a win over Meadow Heights. The next challenge for the Panthers will be Ellington on Thursday, April 15th.

The South Iron Panthers’ Varsity Baseball team lost to the East Carter Redbirds on Monday, but bounced back with a win over Meadow Heights on Tuesday.

The Panthers started with the lead against East Carter. Drenin Dinkins hit a double in the bottom of the first that brought Brock Wakefield in to score. Two batters later, Joel Poston singled in Dinkins. The Panthers held a two-run lead.

They added to their total in the bottom of the third. Harley Lewis and Poston were each hit by a pitch that put them on base. Lucas Lunyou then smoked a double to centerfield, and both Poston and Lewis came around to score. South Iron was up 4-0.

East Carter began to battle back in the fifth though. They pushed three runs across the plate and cut the Panthers’ lead to one. The Panthers added another run when Cody Hughes scored off of a Redbird error in the bottom of the fifth which put South Iron ahead by two. ,

East Carter spoiled the Panthers’ day and exploded in the sixth inning. They capitalized on a few South Iron mistakes and put together a seven-run rally. They added another run in the seventh before handing the Panthers their third loss of the season, 11-5.

Lunyou finished his day 1-4 with two RBIs. Poston and Dinkins each had an RBI as well. Wakefield was 1-2 with a run scored and drew two walks. Hughes, Poston, Lewis and Dinkins all scored a run as well.

Wakefield started the game on the bump for the Panthers. He threw 103 pitches in five innings, allowed three runs on one hit and struck out six batters. Lewis, Dinkins and Hughes all pitched in relief. Lewis allowed seven runs, but none were earned. The Panthers committed five errors throughout the game.

The scoring fell stagnant all the way until the sixth inning. Meadow Heights cut into their own lead when they walked in the Panthers’ second run of the day.

It wasn’t until the seventh inning that the real magic happened. It started with a Hughes RBI triple that brought Wakefield in to score. Poston then hit an RBI single that cut the Meadow Heights lead down to one run. With two outs and the bases loaded, Brandon Young drew a walk that brought the game-tying run across the plate. Meadow Heights walked in another run the very next at-bat, and that gave South Iron the lead. Wakefield then roped a single to centerfield that put South Iron ahead 8-5. They added one more run before the inning was over. The Panthers closed out the bottom of the seventh inning quickly and sealed up the 9-5 victory.

“During the game we struggled at first,” Gabe Ruble said. “But we pulled it together with our hitting and it got us through the game.”

The Panthers now sit at 9-3. They have battled a bit more adversity in their last couple of games than they had earlier in the season. The Panthers continue to execute their game plan and play their style of baseball. Their next challenge comes against Ellington on Thursday, April 15th.