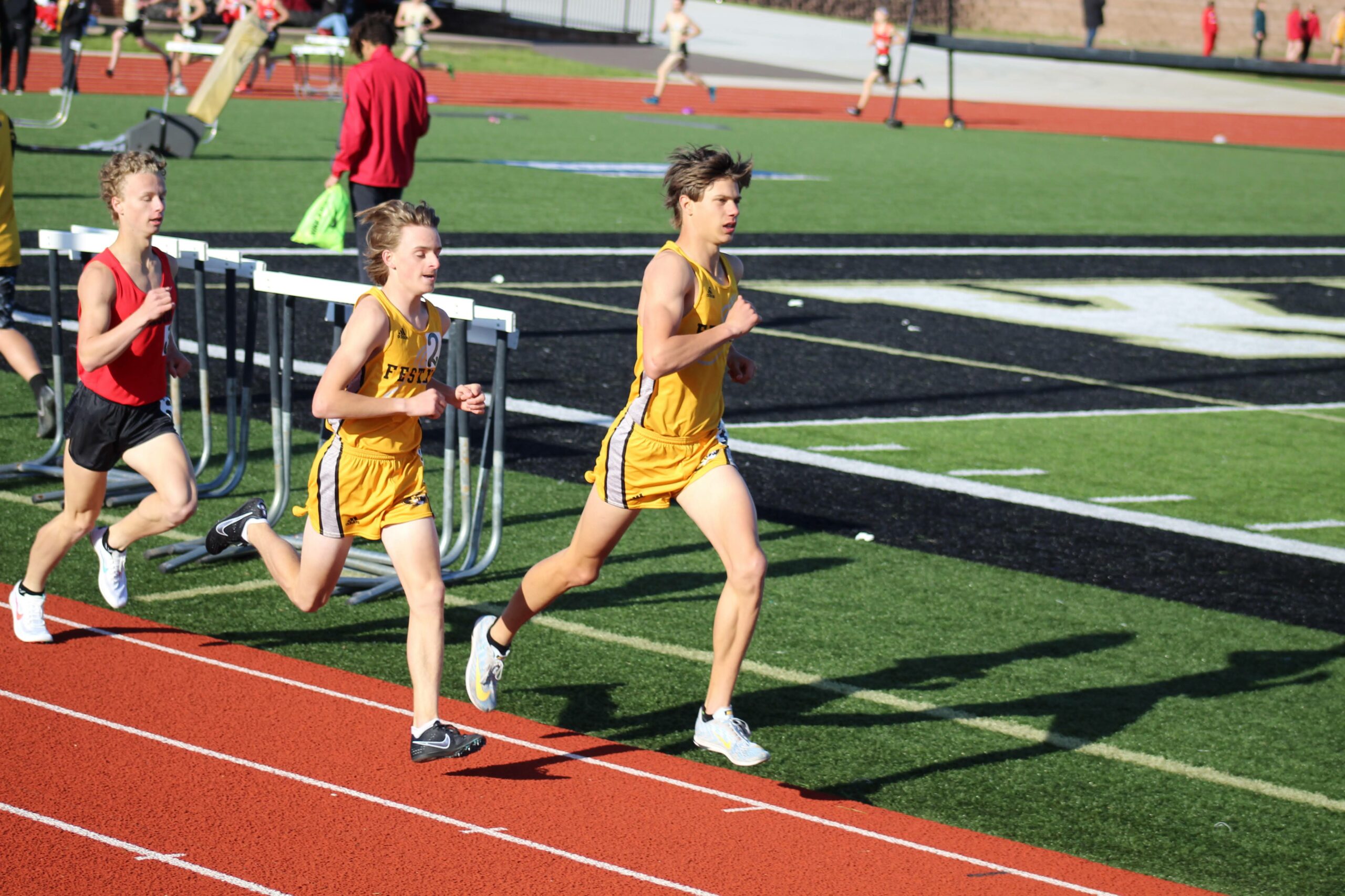 The Tigers excel at the Mineral Area Relay Track event this past weekend, coming in with 129 team points, good for a second place finish.

On Saturday, April 10th, the Festus Tigers Varsity Track team took part in the Mineral Area Relays meet. The team had an excellent performance, coming in second place out of 14 schools. The Tigers finished with 129 team points, just behind Parkway Central who finished first with 155 points.

One of the outstanding performances came from Ella Shy, a Sophomore, who took first in the 100m Hurdles, with a time of 17.41. Shy also won the Pole Vault event with a vault of 2.59m, and was the lead leg of the 4x100m relay.

Shy spoke on her outing, and said, “The meet was super fun and there was great competition within the schools! It feels so relieving placing first in Hurdles and Pole Vault because I finally feel like my offseason work is paying off! I think for me to be able to keep improving this season, it’s going to take me working extra hard at practices so I’m prepared when it’s competition time and setting goals for myself to try and accomplish every meet.”

Head Coach Wesley Armbruster commented on Shy’s performances, and said, “Ella didn’t get to have a Freshman season. As someone who competes in some of the most technical events, she came out of the gates a little slower than she may have wanted. She has improved her 100m Hurdle times in each of the last three weeks and this weekend did it in a strong headwind. In the vault, she equaled her PR in less than ideal conditions. As a coaching staff, we will continue to explore ways to maximize her talents.”

Junior Sophie Nolen also had an excellent Pole Vault event. She tied for first with a personal record of 2.59m, but due to earlier misses, was awarded second place.

Sophomore Dari White had a strong performance in the 1600m Run. She smashed her old personal best by 20 seconds and came in with a 5:38 to win the event. She also took third in the 800m Run with a time of 2:43.

Armbruster was complimentary of White, and noted, “Dari has been someone we’ve been waiting for a breakthrough from. We’ve seen glimpses of potential in her training and flashes in races, but her 20 second PR and first sub 5:40 performance in the 1600m is very exciting for us as we get closer to the postseason. With what we’ve seen out of Molly McDaniel and Demi White (Dari’s sister) the last two weeks, we are hopeful that our distance team is on its way back to being at full-strength.”

Returning from ACL surgery in September, Kinsey Benack gave the sprint team a much needed boost. She ran in the 100m Dash and the 4x100m Relay. In the 100m, she came in second with a time of 13.75. Her teammates Alexis Biehle and Nolen took third and eighth respectively in the event.

Benack was thrilled to be competing again, and said, “This was my first sporting event since I had ACL surgery in September. I ran the 100 and placed second, and then my 4×100 team took first. We ended up getting second as a team in the meet.”

Armbruster said of Benack’s return, “She was cleared at the end of February to return to sprinting and we’ve been very patient. She met all of the benchmarks we set for her in early March, but we stuck with our plan for a mid-April return. It has been a very difficult six months for Kinsey, her family and her Tiger family. She is such a big part of our school community and as a three-sport star, there are a lot of people excited to see Kinsey back in action.”

Benack and Nolen joined Gabbi Burkard and Shy to win the 4x100m relay, with a season best performance of 53.11.

Armbruster was happy with the results, and said, “The team standings bounced back and forth throughout the afternoon. We were missing Demi White and Delaney Willis, which left a few points on the table for us at the end of the day. If we can continue to make those one percent improvements daily, we like the way our team is coming together with postseason meets on the horizon.”

The Tigers hope to keep rolling as they will host their annual “Tiger Town” track meet this Tuesday.