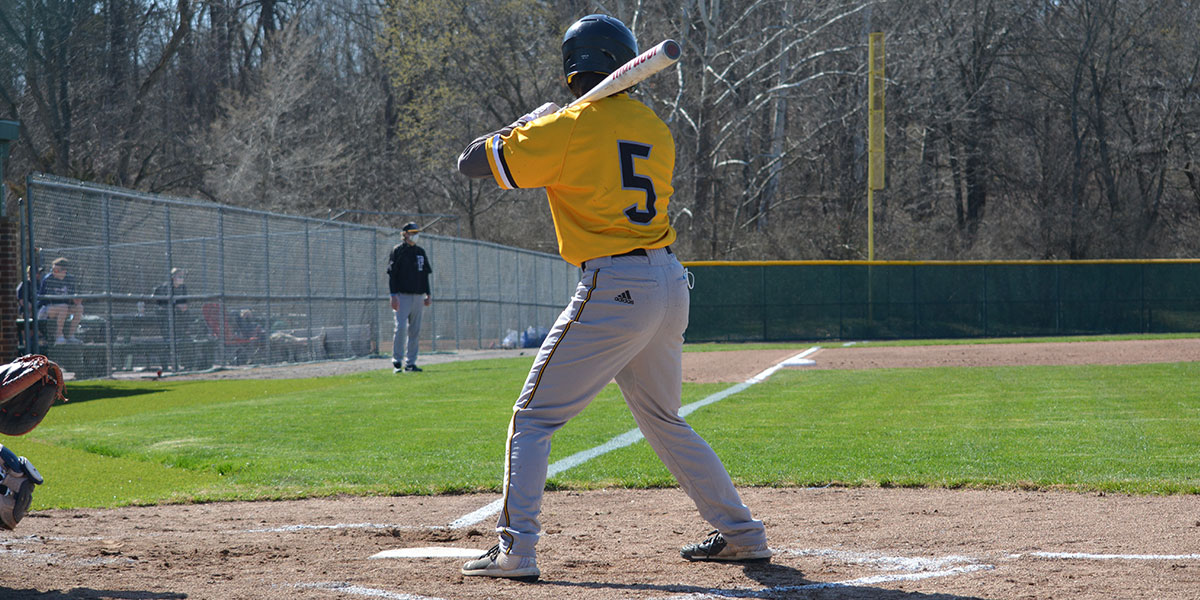 The Festus Tigers lose to the St. Louis Patriots 4-3 after the Patriots single in the game-winning run in the last at-bat of the game. Next, the Tigers take on Jefferson on Tuesday, April 6th.

The Festus Tigers’ Varsity Baseball team lost a heartbreaker, 4-3, to the St. Louis Patriots on Monday. The game came all the way down to the final at-bat. The Tigers are 0-2 in their last two matchups with the Patriots.

The Tigers came into the game looking to get back on track after their recent loss to Northwest. Neither side pushed a run across the plate until the third inning, but it was the Patriots that struck first. Their first run crossed the plate on an RBI single. Two batters later, they hit a sacrifice fly to extend  the lead to 2-0.

It took until the fifth inning for the Festus bats to come alive. Laine Axtetter hit an RBI triple that brought Collin Reando around to score. Shortly after, Axtetter scored on a passed ball to tie the game at two. The next at-bat, Jackson Gross hit a single that scored Trent Ellis that gave the Tigers a 3-2 lead.

It didn’t take long for the Patriots to even the score. The first at-bat in their half of the fifth inning was a pinch-hit blast that soared over the center-field wall. The home run tied the score at three.

The game stayed knotted at three until the bottom of the seventh. Cameron Ford walked the bases loaded before the Patriots singled in the game-winning run in the final at-bat of the game. The walk-off loss dropped the Tigers’ record to 3-5.

“We really just need to finish teams early when we have the chance,” Cole Wagner said. “We’ve missed out on a lot of opportunities to run away with games and it ends up coming back to bite us.”

Axtetter led the team with two hits. He was 2-4 with one run scored and one RBI. Reando was 1-3 with a run scored. Gross was 1-4 with one RBI.

“I would say we just need to finish out the games as a team,” Nate Moore said. “Our hitting definitely needs to get better overall. Once we get those little things down, we’ll be all good.”

The Tigers have struggled to execute their game plan at times this season. They have had some bad luck, paired with flawed execution, that has resulted in them having a 3-5 record. Festus looks to get back on track Tuesday, April 6th against Jefferson.