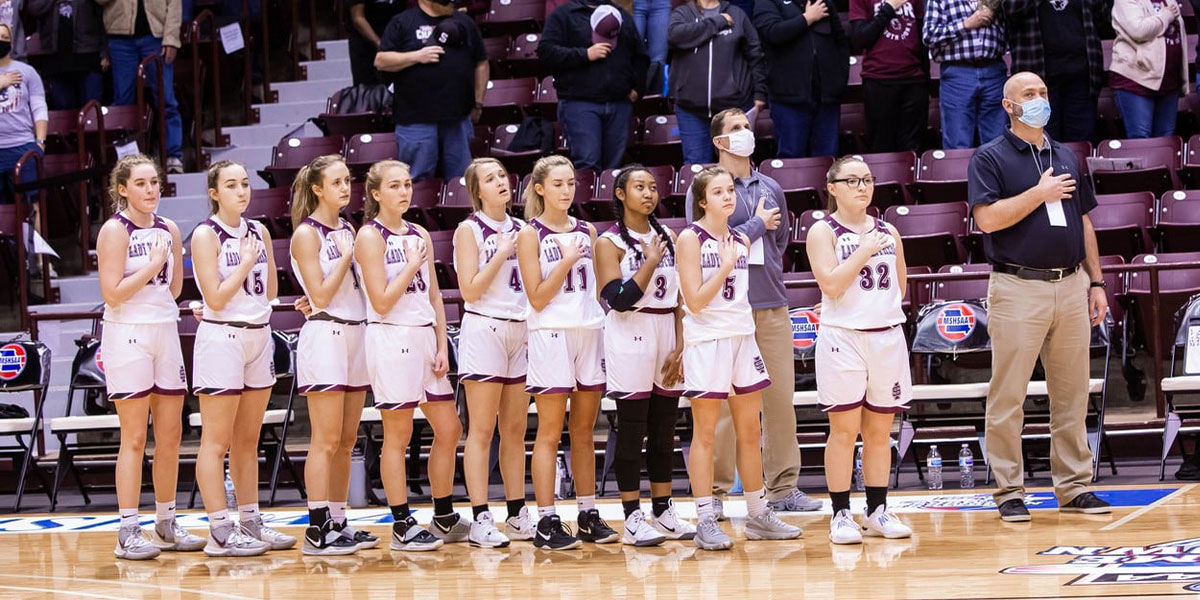 South Iron Lady Panthers Place Fourth, But The Best Is Still to Come

The South Iron Girls Varsity Basketball Team place fourth in the Class One State Playoffs with losses to Leeton and Walnut Grove.

The South Iron Panthers Girls Varsity Basketball Team finished fourth in the Class One State Tournament over the weekend with losses to Leeton and Walnut Grove. “At the beginning of the season we always set goals,” Allecia Cornell said. “We’ve accomplished most of those goals, especially making it to the Final Four. To me, that’s a blessing for having an opportunity to even keep playing and to also do it with such a great team that has such a strong bond.”

The first opponent for the Lady Panthers on the weekend was the Leeton Bulldogs in the semi-finals. It was evident right away that this was a huge moment for these two teams. Both sides traveled hours to Springfield, Missouri to play in the Final Four. Missouri State University was the host which means these girls would get to experience the same facilities and stadium that all of the Missouri State Division One athletes experience.

The massive JHQ Arena filled with socially distanced fans did not see too many baskets early on in this one. Madison Ayers picked up two fouls before either side scored a point, and the first basket of the game came on a Leeton free-throw six minutes into the first quarter. The Bulldogs drilled a shot from beyond the arc and scored a basket off of a steal shortly after. It was 6-0 in almost the blink of an eye. The Panthers shook off the nerves and scored five points before the end of the quarter and went into the second trailing by one.

Both teams calmed down and settled into their gameplan in the second quarter. Leeton’s defensive pressure made it hard for the Panthers to cycle through their offense. They frequently threw double teams at the South Iron ball handlers and forced them to pick up their dribble. Nonetheless, the Panthers still found a way to score. They managed 11 points in the second and held the Bulldogs to just six. South Iron led 16-12 at halftime. 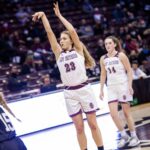 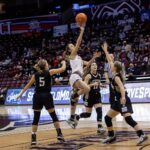 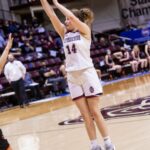 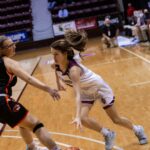 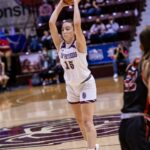 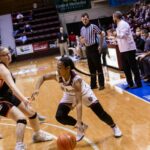 Leeton kept up its defensive pressure into the second half. They continued to make life hard for the Panthers and caused chaos on the defensive end. They constantly threw two and sometimes even three defenders at the ball and forced South Iron into a number of awkward shots. The Bulldogs then found more success scoring the ball in the third and began to trade baskets with South Iron. Both sides wrestled the lead back and forth for almost the entire third quarter.

Enzley Dinkins found open lanes in the Bulldogs’ defense and had a nice quarter scoring the ball. She hit a layup that put South Iron ahead 25-22 with just under two minutes to go in the third, but that was hardly the last of the scoring. Both sides traded buckets until eventually the third ended and South Iron held a one-point lead. They were eight minutes away from a trip to the Class One State Championship.

Allecia Cornell hit a shot from three-point range that gave the Panthers a 35-31 lead with a little over five minutes to go. Leeton continued to throw counter punches and South Iron did everything they could to hang on to their lead. The Bulldogs hit a three-pointer with four minutes left that gave them back the lead. With about two minutes to go, Leeton heaved a shot from beyond the arc that banked off the glass and went in to give them a four-point advantage. That put the Panthers’ backs against the wall. However, Drew Gayle ripped a steal from the Bulldogs that led to a Dinkins layup at the other end. South Iron trailed by just two with 1:19 to go.

Then the game slowed down tremendously. South Iron had multiple fouls to give, which they effectively used to try and steal the ball from the Bulldogs on multiple inbound passes over the next 45 seconds. The Panthers were finally forced to put Leeton on the free-throw line in hopes of a miss to get the ball back… and exactly that happened. The Bulldogs missed their free-throw and the Panthers shot out into a fast break. Ayers quickly took the ball up the court and fired a bounce pass to Megan Lashley who sat directly underneath South Iron’s basket. However, the pass flew through Lashley’s hands and gave Leeton the ball back with 30 seconds to go and a two-point lead. The Panthers fouled and sent Leeton back to the free-throw line where they converted both free-throws. Ayers hit a shot on the very next possession to cut the lead back to two. Leeton hit their next two free-throws and secured the 47-43 win and crushed the Lady Panthers’ hopes of a State Championship.

“We knew going into this game it was going to be a winnable one,” Head Coach Lawrence Graves said. “We also knew it was going to be a battle… Leeton’s defense was as good as we’d seen all year and it was really difficult for us to find a rhythm all game long. I’m really proud of how our girls hung in there mentally and gave ourselves a shot.” 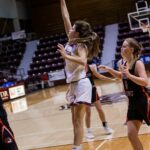 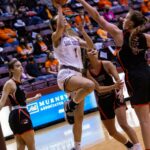 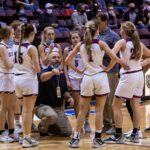 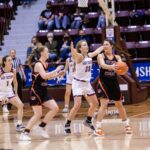 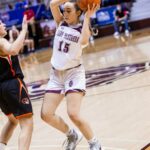 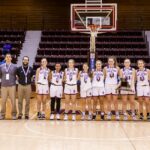 Despite the loss, the girls still had another game to play. Less than 24 hours later the Panthers matched up with the two-time defending State Champions, the Walnut Grove Lady Tigers, for third place.

Ayers scored the ball well early in the game. She led the Panthers to an early 10-7 lead in the first quarter. Walnut Grove did not panic. They are one of the most dominant Class One programs of the last decade and are far more experienced than the young Panthers team they ran up against. The Tigers wrestled the lead back and led by one going into the second quarter.

Unfortunately, South Iron struggled to keep up the rest of the game. Walnut Grove outscored the Panthers 16-11 in the second and 17-8 in the third. The Panthers did win the fourth quarter, but it was ultimately not enough. The Tigers won 52-40 and handed South Iron fourth place.

“Nobody wants to go to the Final Four and lose two games,” Graves said. “For our girls to go back to back years and for us to be so young, it’s been really special.”

This young group of Panthers will not hang their heads after a fourth-place Class One finish though.  “Many thought we wouldn’t make it as far this year as we did last year,” Lashley said. “We ignored what others thought and worked our hardest to make it back again.”

Losses will always hurt. Some losses may sit in the backs of these players’ minds forever, but it can only make them better.

“This year was a great learning opportunity as a team,” Lashley said. “We know how good we are and we know we can get better… We’re coming back next year with the same team and we are going to hold ourselves to a high standard again in order to make it back.”

There will be a lot of time to think about these losses, and this team returns everyone with one more year of experience under their belts.

“My team and I have grown closer through this experience and this will prepare us for our upcoming season,” Graves said. “As a team, we will be working on our games in the offseason and will be ready next year to come out stronger than ever.”

This team is hungry and motivated. This is not the last we will see from this Lady Panthers club. There is a good chance South Iron can be found playing on the same floor next year at this time.

South Iron Lady Panthers Place Fourth, But The Best Is Still to Come