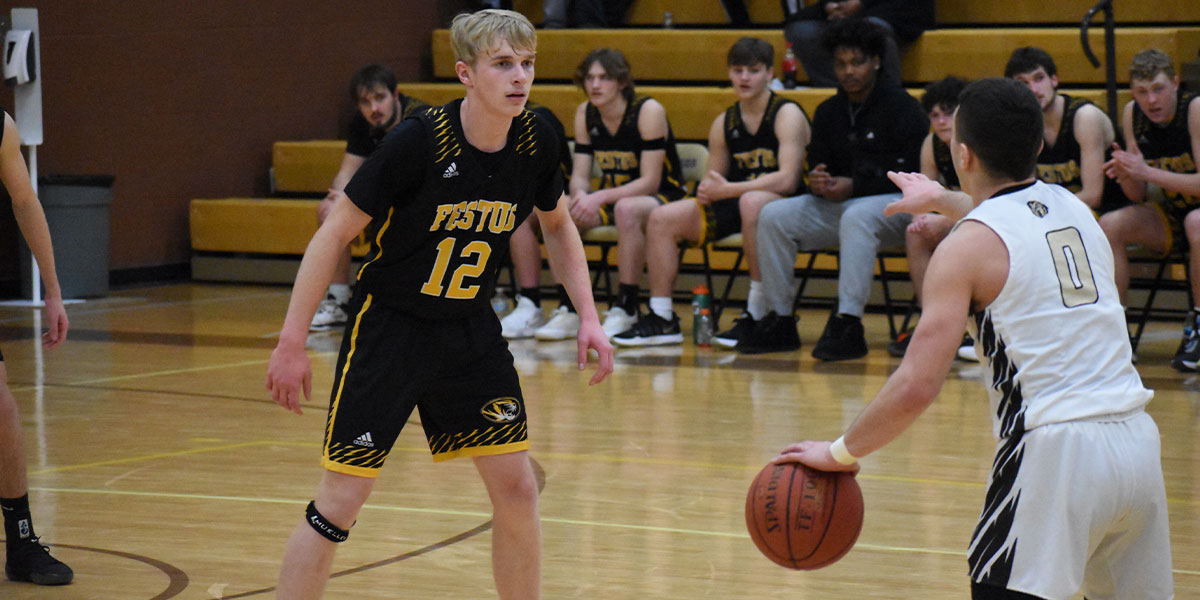 The Festus Tigers Boys Varsity Basketball team beat the Potosi Trojans 76-57 on Wednesday. Festus has one more game against Bayless ahead of their District Tournament matchup with Farmington.

The Festus Tigers won their fifth game in a row on Wednesday against the Potosi Trojans 76-57. Festus is 4-1 against Potosi since 2017.

Festus has been playing well as of late and that didn’t change against the Trojans. The Tigers came out firing in the first quarter. Cole Rickermann got going with two three-pointers and another basket for eight points in the first. Collin Weinhaus hit two shots from beyond the arc as well as Festus exploded for 24 points in the first and held Potosi to just 12.

The Tigers’ kept the pressure on in the second quarter. Collin Reando scored a basket in the first and added seven more points to his total in the second. Rickerman hit another shot from three-point range and helped Festus to 14 in the quarter. The Trojans continued to struggle to score the ball and only put together nine points. They trailed the Tigers 38-21 at the break.

Festus came out of the locker room and had their best offensive quarter of the day in the third. Reando contributed six more points while Arhmad Branch and Rickermann each helped out with five. The Trojans had a solid quarter as well with 17 points but could not cut into the Festus lead. The Tigers scored 26 in the third and led 64-38 going into the final eight minutes.

Potosi came alive in the fourth quarter with 19 points, but it ultimately wasn’t enough. The Tigers locked up their 18th win of the season 76-57.

“I think our offensive rebounding played a big factor,” Logan Cash said. “Along with being aggressive to come up with steals and deflections that led to transition buckets.”

Reando led the team in scoring with 17 points. Rickermann was just behind with 16. Branch and Connor Westhoff each had 12. Weinhaus scored nine, Desmond Davis had six and Kaian Roberts-Day contributed four.

The Tigers have won five in a row ahead of their final game of the regular season against Bayless. Festus has caught fire at the right time as they are close to entering one and done territory in the District Tournament.

“We are focusing on playing our best basketball once we enter districts,” Reando said. “Potosi was a good challenge for us and Bayless will be another one. As long as we rely on each other then we will be in good shape.”