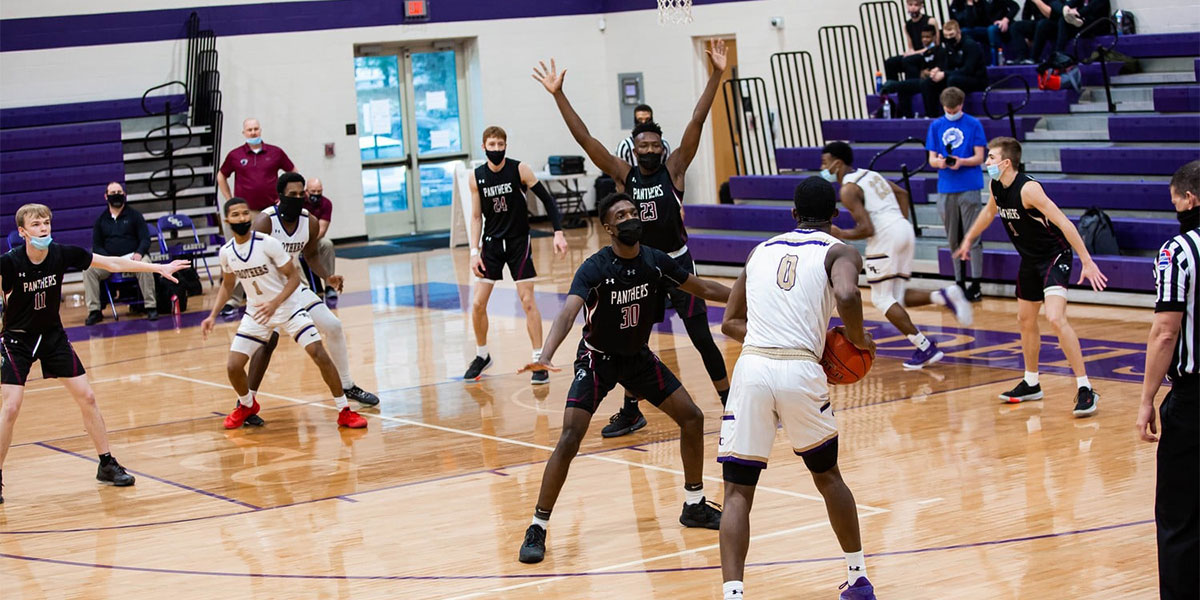 The South Iron Panthers pick up possibly the biggest win in the history of their program Saturday afternoon against the Christian Brothers College Cadets. South Iron is now 16-3 and has won seven in a row.

The South Iron Panthers Boys Varsity Basketball team achieved the unthinkable on Saturday and took down the Cadets of Christian Brothers College. The small town Panthers trumped the St. Louis basketball powerhouse with a stunning 38-35 victory.

The Panthers knew coming into Saturday that their work would be cut out for them. They weren’t aware they’d be leaving St. Louis with possibly the biggest win in their program’s history.

This victory can’t be undersold. CBC is a program with multiple NBA ties. Larry Hughes Jr. (son of 13-year NBA veteran Larry Hughes), is the team’s leading scorer at 16.9 points per game. They are coached by Justin Tatum the father of St. Louis basketball legend and NBA all-star Jayson Tatum. They also just graduated the number two point guard in the nation a year ago, Caleb Love, and sent him to Chapel Hill to play under NCAA basketball royalty Roy Williams for the University of North Carolina Tar Heels.

The game was an absolute battle from the opening tip. It wasn’t the flashiest game in terms of highlight plays, but the intensity was present from the moment the game clock started ticking. It was a grind for both sides. Each team played at a slow pace and tried to dissect the other’s weaknesses. South Iron was at a slight size disadvantage, so they decided to come out in a 3-2 zone to counteract it. The Panthers flew around and covered a lot of ground defensively, and did a solid job of limiting CBC, but struggled to score baskets of their own. The Cadets led 13-4 by the end of the first quarter.

South Iron then settled in and continued to hang around. Each side had to work hard for every bucket. The Panthers found some success offensively and added 11 points to their total as they held the advantage in the second quarter, but went into the half trailing 23-15.

By the third quarter, the size advantage CBC held over South Iron seemed to disappear. The Panthers were strong on the boards and continued to make the Cadets work through their tight zone for every bucket. The Panthers scored 12 in the third and held CBC to just eight. South Iron would continue to chip away and they found themselves trailing just 31-27 heading into the final eight minutes.

The fourth quarter saw the Panther defense completely shut down CBC. This was by far the Cadets’ worst quarter of the day, as they could only muster four points in the fourth. The Panthers played their game and did their best to take advantage of every opportunity CBC gave them.

The game was deadlocked at 31 when CBC stole the ball from South Iron and started their break toward the other end of the floor. The Panthers recovered well and forced the Cadets into a missed layup. Drenin Dinkins pulled down what proved to be the biggest rebound of the day, and looked up the floor to see a wide-open Jermarco Burse at the other end. Drenin Dinkins recognized the golden opportunity and launched a one-handed pass from the opposite free-throw line that softly landed in the hands of Burse right under the basket. Burse gathered himself, drop stepped, launched off two feet and threw down a two-handed slam that was felt by all of Annapolis, Missouri.

The Panthers were finally ahead and they wouldn’t look back. They outscored the Cadets 11-4 in the fourth and sealed up the 38-35 victory. South Iron had officially handed CBC just their second loss of the season. 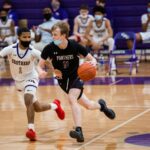 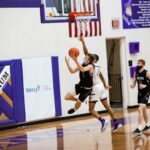 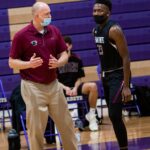 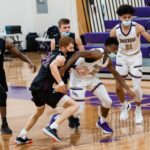 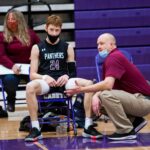 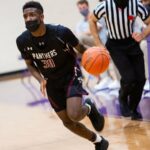 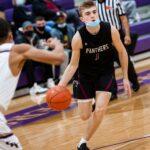 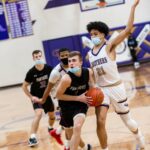 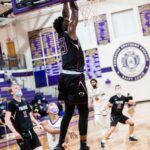 “The most significant result of this game was that we didn’t play well and made many mistakes,” Head Coach Dusty Dinkins said. “But we kept competing and found a way to win a very ugly, challenging game against one of the top teams in the state.”

South Iron is a Class One, District Three small school team. CBC is a Class Six team that is not used to seeing small schools like South Iron. The significance of this win can’t be understated.

“This means a lot for our team and community. It just shows how much heart our small school and community has,” Burse said. “We feel really great about this win. It was a historic win and now we just build off this game and let the energy take us through the rest of the season.”

Drenin Dinkins did his best to lead the Panthers through this tough matchup. He led the team with 16 points and pulled down an impressive 16 rebounds. It seems the Panther point guard didn’t mind being one of the smaller players on the court.

“This was an awesome win for our team and program,” he said. “In the locker room after a game like that, it’s electrifying!”

Burse scored 11 points and grabbed six rebounds, while Brock Wakefield scored six points and Champ McMurry had four. DJ Prater only had one point, but pulled down eight rebounds.

Dusty Dinkins has won over 300 games as the Head Coach of South Iron High School. This one win represents something different. It represents the many challenges tackled by a homegrown basketball program. It proves the Panthers are ready for whatever is thrown at them. It proves that South Iron is capable of playing their brand of basketball no matter the opponent. And it proves South Iron basketball is a force to be reckoned with.

The Panthers are red hot. They are now 16-3 and have won seven games in a row. They look to keep the streak going Tuesday, February 2 against Clearwater.