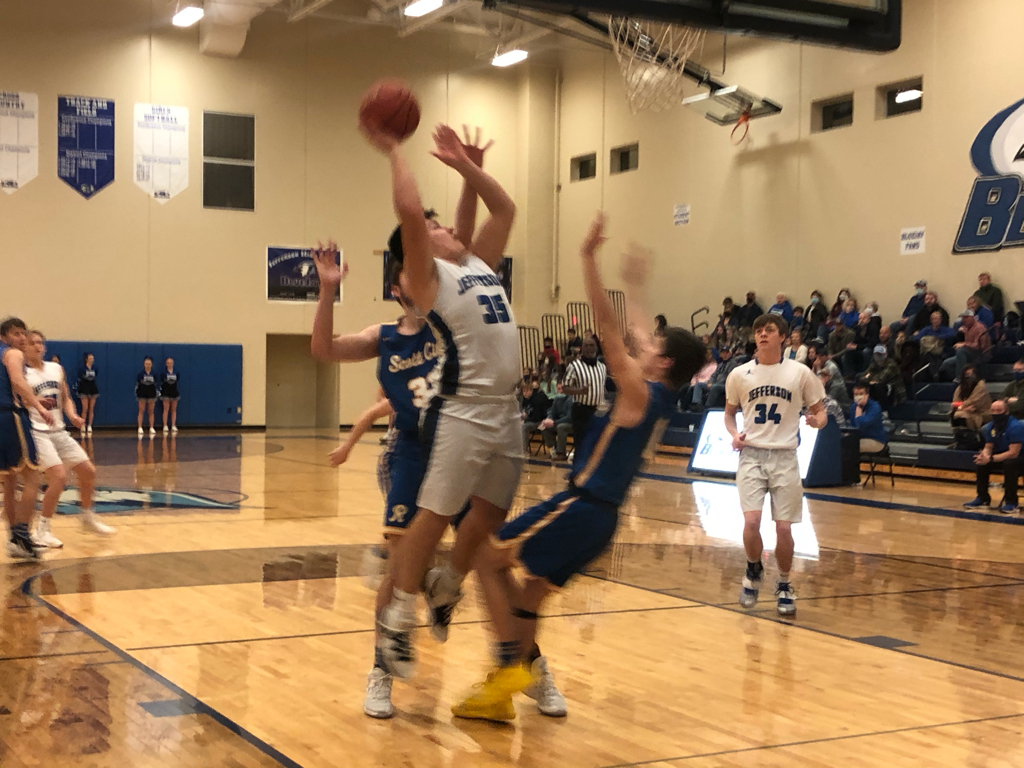 Looking to pick up a win over Scott City and extend their winning streak to three, Jefferson R-7 suited up. But, while R-7 kept it close, a fourth quarter push from Scott City would hand them the 74-63 loss.

R-7 opened up play matching Scott City shot-for-shot and getting six of their 13 first quarter points from Colton Richardson. But, SC would drain three three-pointers in the opening eight minutes and take a 17-13 lead.

Jefferson’s offense caught fire in the second quarter; Richardson added in nine more points while the trio of Drew Breeze, Mason Wilson, and Will Breeze combined for four made three-pointers and put R-7 down by two heading into halftime.

Scott City revved up the offense in the third quarter, getting points from six different players while their defense held Jefferson to just 11 points combined from Richardson and Daylen Whitenor. But, R-7 was still within reaching distance of Scott City heading into the final quarter and looking at a 53-45 deficit.

Jefferson would get within two of Scott City in the fourth quarter, but SC’s offense would push through, thanks in part to 13 points from Conner. That along with seven made free-throws would hand R-7 the 74-63 loss.

“Scott City is an extremely good team and very well coached,” said head coach Sean Breeze. “It was a back & forth game the entire time. We were within 2 in the 4th quarter but ran out of gas. We had trouble keeping them out of the lane and that led to lots of fouls on our end and points on their end.”

Colton Richardson was the talk of the night for Jefferson having a career night with 30 points and 13 rebounds.

“We had a lot of turnovers in the fourth quarter which really didn’t help but also number 3 from Scott city played a great game and we should have prepared for him sooner in the game,” said Colton Richardson.

“Scott City is a really good team and we played right with them,” said Colby Ott. “We just need to shoot the ball better, when we start knocking down these open looks and key players keep playing the way they are we’re gonna be a tough team to beat.”