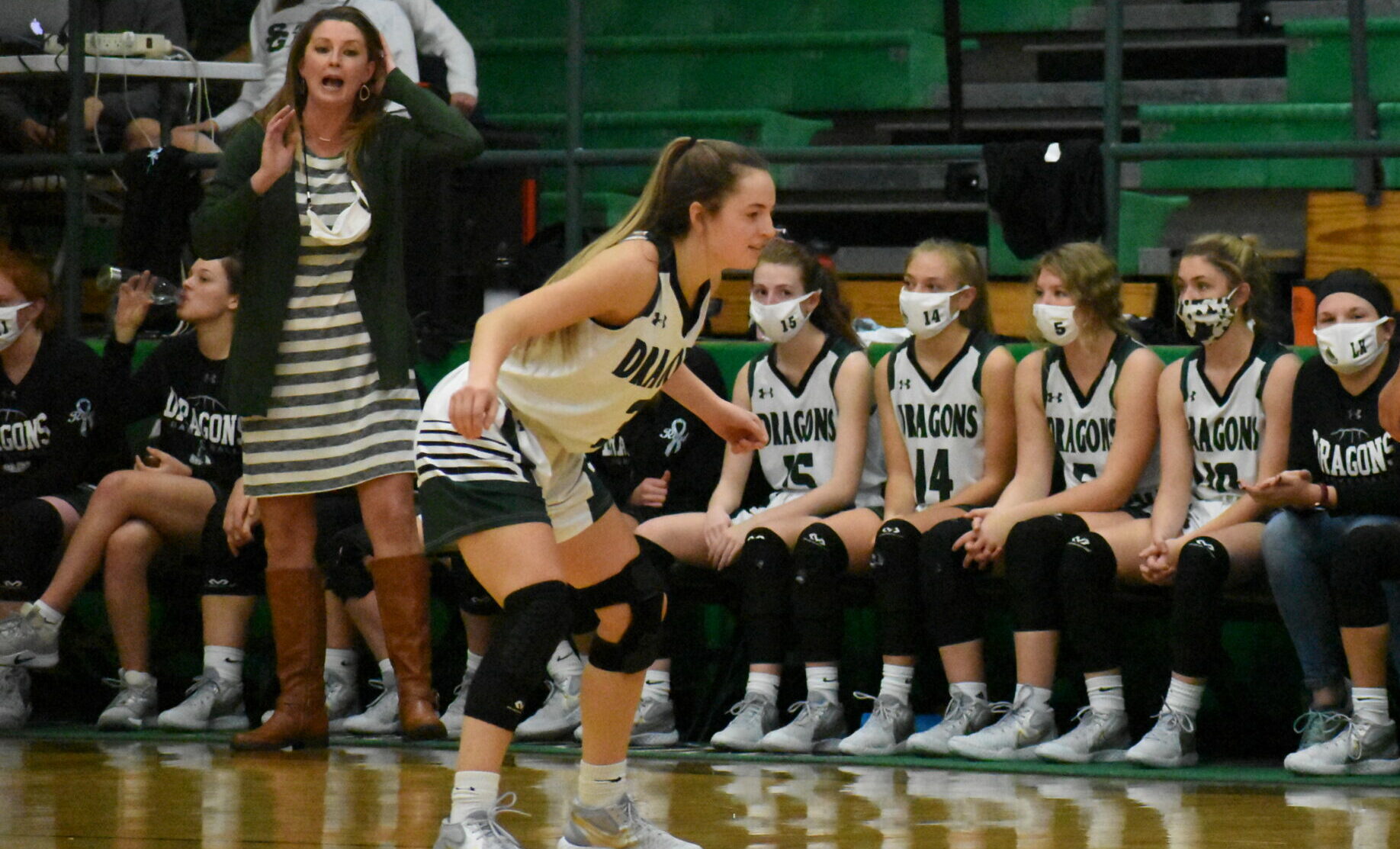 An 18-8 lead after the opening quarter of play vaulted the Ste. Genevieve Lady Dragons Varsity Basketball team to a 61-46 win over the Steelville Cardinals. They kept up the intensity with a big second half and cruised from there to seal the victory and head to the championship game of the Park Hills Christmas Tournament.

Megan Aubuchon led the way for Ste. Genevieve with a team high 21 points, scoring 11 of them in the final eight minutes of play. She wasn’t the only offensive force on the court though, as Maci Reynolds added 16 points, with nine coming from beyond the arc.

It wasn’t all smooth sailing though. Ste. Genevieve and Steelville matched each other basket for basket in the opening two quarters, going into the halftime break looking at a 28-26 Dragon advantage.

The Dragons were able to pull away from the Lady Cardinals in the third quarter, thanks in part to the scoring efforts of Reynolds, Aubuchon, Jayden Pullins, Abby Moore, and Sydney Bumgardaner. Their combined scoring of 16 points, along with the strong defensive efforts of Ste. Genevieve, extended their lead out to 44-33 going into the final eight minutes.

“We executed them on offense and got some stops on defense that were big and that’s just how it played out,” explained Bumgardaner who scored eight points in tonight’s win.

It was all Ste. Genevieve in the fourth quarter. Aubuchon’s 11 points in the quarter would help her team continue to extend their lead even more, while keeping Steelville as quiet as possible. Along with Aubuchon, Morgan Schwent, Marysa Flieg, and Bumgardner added points in the final minutes of the game to help them take the 61-46 win.

Aubuchon noted, “I had a good 4th quarter because Maci had amazing drives which left me open. I’m glad we are going into the championship!”

Flieg, who also contributed eight points tonight said, “Our main mindset was that we have to do well on defense and watch #10 [from Steelville], because she went off last year in double overtime.”

The Lady Dragons will play Central Thursday Night in the Championship game.