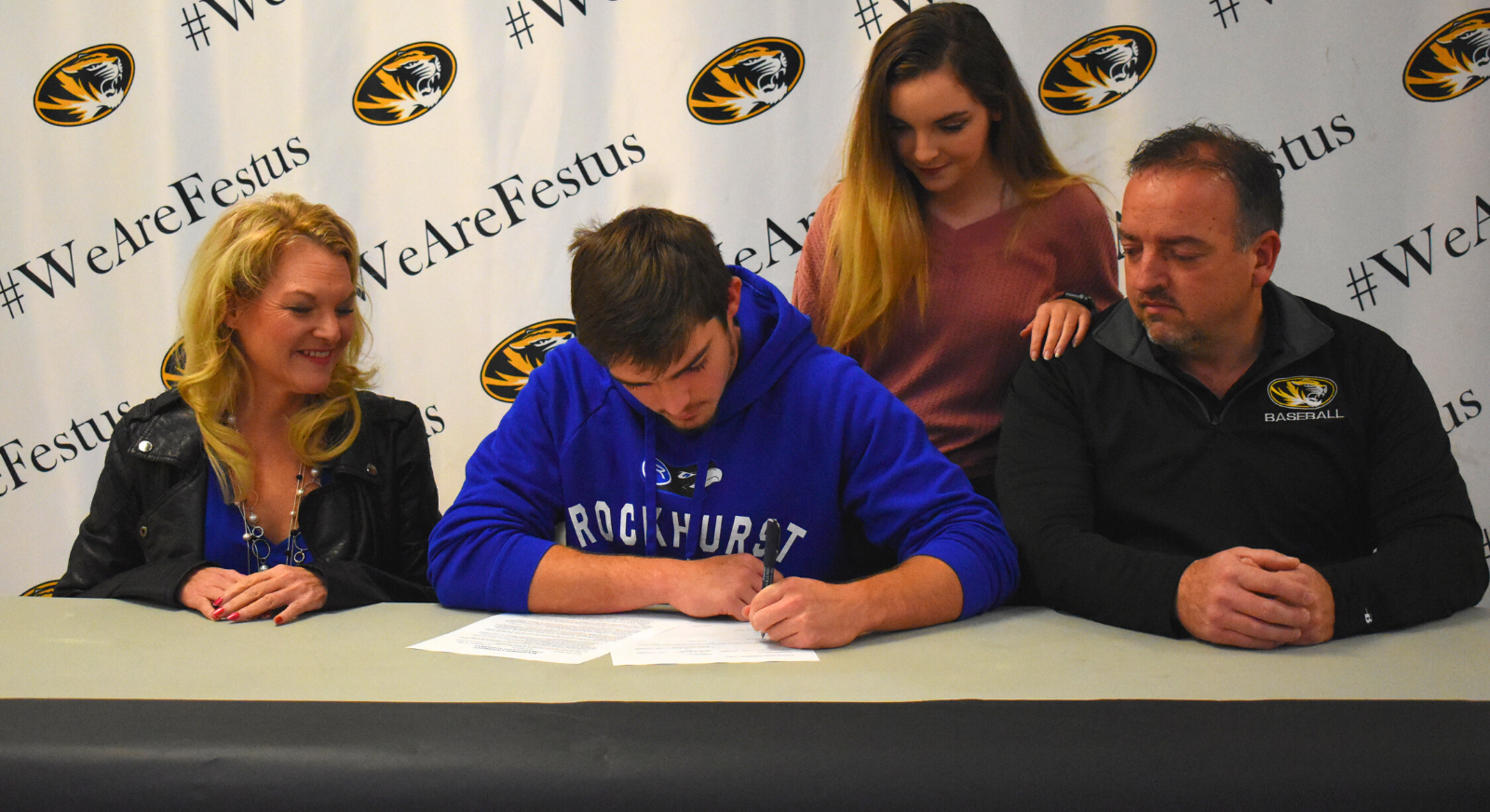 Once a Tiger Now a Hawk, Cole Wagner Commits to Rockhurst University

Cole Wagner has committed to Rockhurst University to play centerfield. His last season as a Festus Tiger is ahead, but he is excited to compete and be a part of the Hawks.

It is every athlete’s dream to compete at the highest level of their sport, and this is probably one of the few cases it’s OK that a Tiger becomes a Hawk. Festus’ own Cole Wagner made an impactful and exciting move regarding the next four years of his life. He decided to sign with Rockhurst University Hawks, a Division II school in Kansas City, Missouri, to play baseball at the next level. 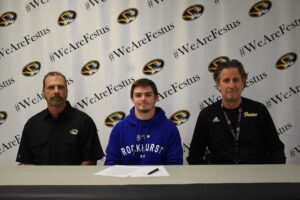 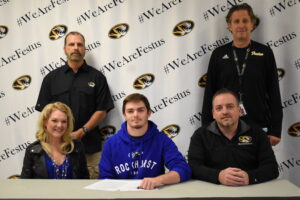 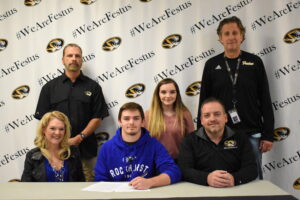 “Whenever I went there, it felt the most like home,” Wagner said. “They gave me a welcoming vibe. I loved everything they had to offer me and it just seemed like the best option for me.”

Wagner is hopeful he can make an immediate impact on the Hawks in centerfield.

“I think I’m in a very good position,” he said. “Hopefully if I develop more I can earn that starting spot within the first couple weeks and then play throughout the year.”

There was no high school baseball last season due to COVID-19. In the 2018-19 season, Wagner owned centerfield for the Tigers. He went 22-70 in 82 plate appearances which was good enough for a .314 batting average that led the team. He had nine RBIs, one home run, one triple and scored 17 runs which also led the team. He had a .407 on-base percentage and a .429 slugging percentage. He only struck out nine times and he also stole a team-leading 13 bases. He was also named a second-team all-conference and all-district outfielder.

“Cole is a hard worker and a great team guy,” Festus 253 Legion coach Zac Bone said. “This is his fifth year in the program. He’s been a junior legion state champion and a leader in our program since day 1.”

Wagner knows there are ample challenges ahead of him and not all of them are going to be on the baseball field. Some of the biggest struggles college athletes face have nothing to do with the sport they play.

“I heard it’s going to be tough with the major that I’m doing, physical therapy,” he said. “So I’ll have to be heavily on the academic side but also balance it out with the baseball side.”

Wagner also plays defensive back and running back for the Tigers’ football team. He played a pivotal part in Festus’ 10-2 season. They won a District 1 Class 4 Championship and made an appearance in the state playoffs. He was named a first-team all-conference and all-region defensive back.

“Cole is a really athletic kid who plays with a great motor,” head football coach AJ Ofodile said. “He is a talented defender and ball carrier. He is the type of young man you love to have in the program because he is willing to play whatever role is necessary to help the team be successful.”

It is always exciting seeing athletes from your town commit to playing at the next level. It is even more rewarding when it is a hard-working student-athlete like Cole Wagner. Be on the lookout for Wagner to take over centerfield and make a name for himself as a member of the Rockhurst University Hawks.

Once a Tiger Now a Hawk, Cole Wagner Commits to Rockhurst University