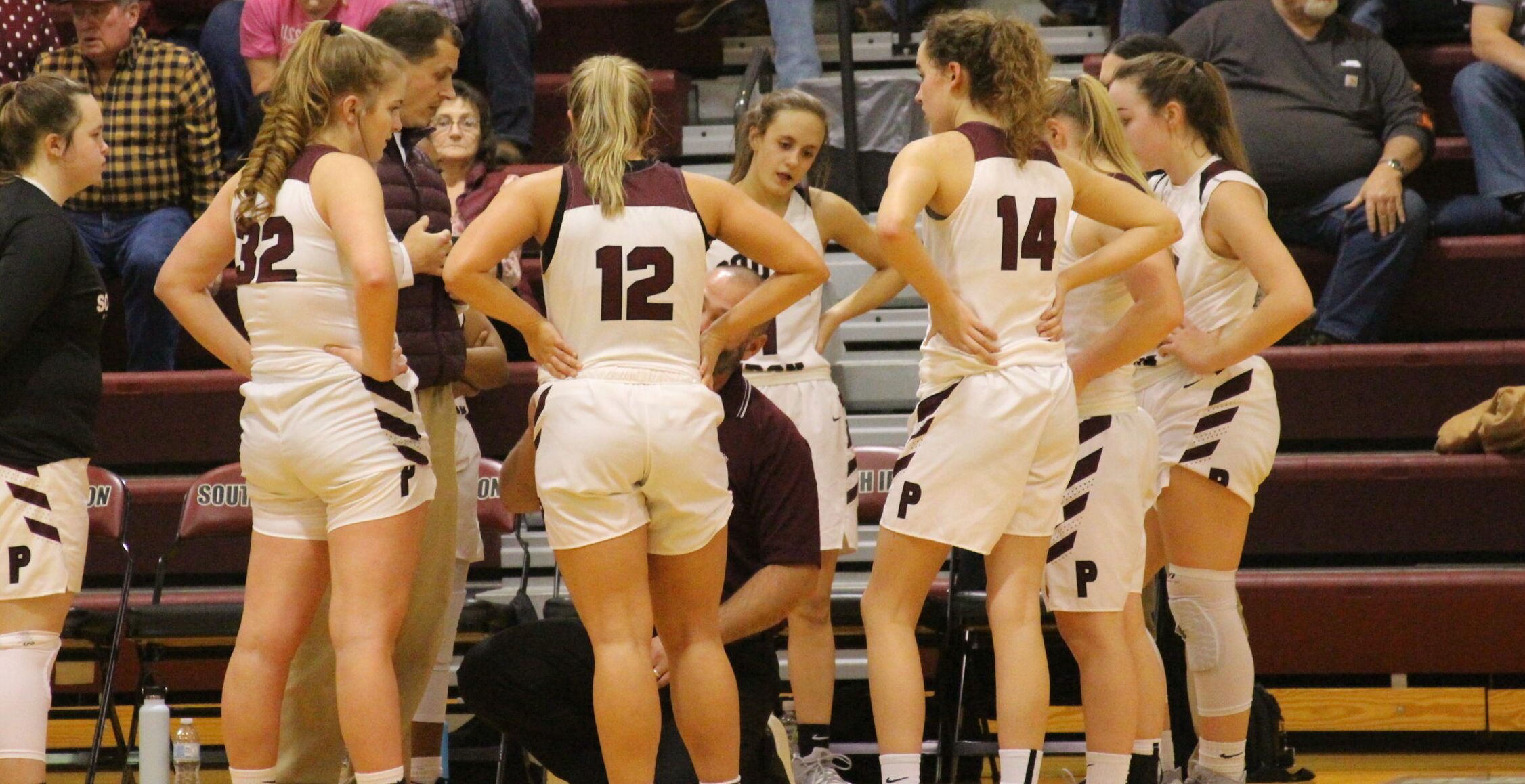 South Iron Lady Panthers Trample St. Paul to Move to 2-0 on the Season

The South Iron Panthers Girls Varsity Basketball squad shines in first meeting with St. Paul since the 2016-17 season. The result is the same now as it was then… a dominant 64-29 South Iron victory.

The South Iron Panthers Girls Varsity Basketball team won their second game of the season comfortably over St. Paul. This was the first time the Panthers ran up against St. Paul since 2016-17. South Iron won the last meeting 54-28 in the first round of the district tournament that season. This time they did one better, winning 64-29.

The Panthers started this one fast. They outscored St. Paul 15-7 in the first quarter and 18-6 in the second. This gave South Iron a 33-13 lead at the half, and they never let up. The third was St. Paul’s biggest offensive quarter of the game and they were only able to manage ten points to the Panthers’ 15. They sealed the deal in the fourth quarter and outscored St. Paul again 16-6. South Iron moved its record to 2-0 with the 64-29 win and they have now outscored their opponents 163 – 36 in their first two games.

“I think we played hard tonight,” Enzley Dinkins said. “Also we played as a team and leaned on each other on both ends of the floor. Lastly, our effort was where it needed to be.”

Allecia Cornell led the team in scoring with 14 points. She went 6-12 from the field and hit two shots from three-point range. Madison Ayers and Megan Lashley each scored 12. Ayers played 28 minutes and also had eight assists, nine steals and eight deflections. Anna Parker was the other Panther who scored in double figures. She played 19 minutes and had ten points, four steals and two rebounds.

“Our defensive effort definitely set the tone for us,” Head Coach Lawrence Graves said. “The girls did an outstanding job of keeping pressure on St. Paul and never really let them get any momentum offensively.”

The teams that run up against South Iron must come prepared. This is a team that knows its strengths and can quickly identify weaknesses in the opposing squad. The Panthers’ opponents are going to have their hands full all year. South Iron’s next test comes against West County on Saturday, Dec. 5.

South Iron Lady Panthers Trample St. Paul to Move to 2-0 on the Season