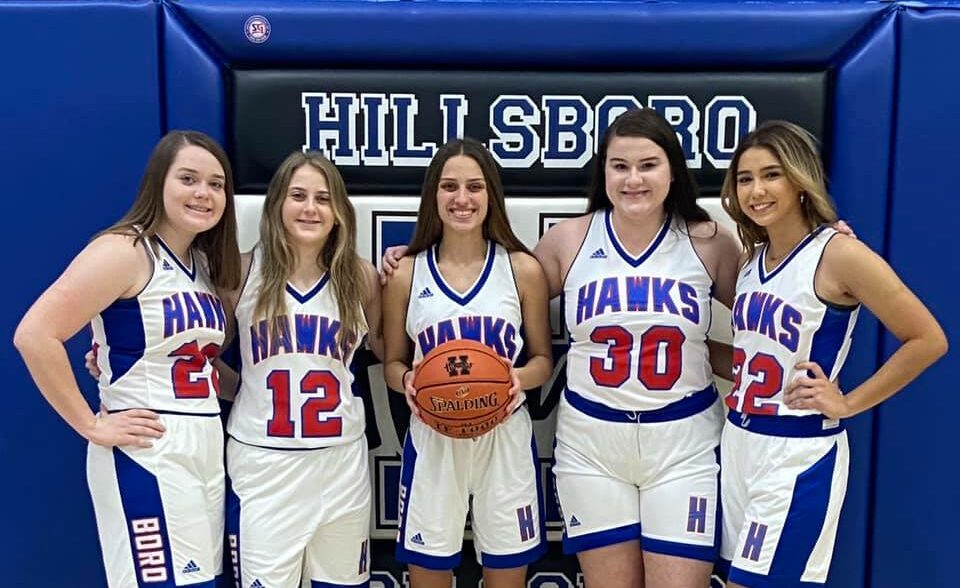 The Hillsboro Girls Varsity Basketball team drops their first game of the season to the the Northwest Cedar Hill Lions. The Hawks rough second quarter is too much to overcome as they take the loss 51-31, moving their record to 0-1 on the season.

The Hillsboro Girls Varsity Basketball team was only able to muster up 31 points in their first game of the season, a loss to the Northwest Cedar Hill Lions. It was a gutsy effort, but the final score wound up being 51-31.

“We came out and were able to do well in the first quarter, getting some easy baskets and running the floor well,”  said Head Coach Andrew Hubbard. “But we gave up too many points and didn’t do a good enough job on the defensive end.”

Hillsboro found themselves in the game after the first quarter, only down five points, but the girls were doomed by a rough second quarter. They only managed to score two points and conceded 14 to the Lions.

Fortunately the girls were able to find some success in the third quarter, as they outscored Northwest 9-8. Coach Hubbard echoed that sentiment, saying, “My girls did a good job of doing what I asked of them in the 2nd half. We played with them on both ends and I thought we were much more patient and calm on offense, and on defense, we did a much better job adjusting and communicating.”

The Hawks played much better in the second half after an ugly second period, possibly giving us a glimpse of what they are capable of achieving as the season rolls on.

As far as Hillsboro’s accolades for the game, Dyllan Day led the Hawks with 12 points, shooting an efficient 5-of-7 from the field and also contributing two rebounds.

Day was asked about how it felt playing in the first game of the season. ” It felt great,” said Day. “I was really excited to get the season started. I am glad we are able to have a somewhat normal season so far!”

Seven additional Lady Hawks were able to score in this one as well. Maya LaPlante scored seven, Sophia Horrell had six, Zoe Wood and Kayla VanHorn each had two points and MJ Smith and Hailey Genge each scored a point.

“It’s exciting and emotional at the same time,” said senior Maya LaPlante. ” It’s sad because this is the last season for some of is and we’ve been working really hard together, so I’m going to be really be upset that I won’t be able to keep playing with these girls.”

Senior Zoe Wood was also asked her feelings on the Hawk’s first game of the year. ” It felt truly amazing to even just be out on the court again, especially since I didn’t even know if I would be getting a season this year. It did feel different though because I was surrounded by many people that I had never played with before. We have a very young team with little varsity experience. Even though the game didn’t necessarily go the way we hoped, we did show a lot of our potential that we can take and build on. I’m very excited for this season and I enjoy playing with the group of girls we have this year. I also can’t wait to see how much we grow throughout the season.”

The Hawks will attempt to join the win column in a matchup with St. Pius on Friday at 6:00 p.m. to try and get their record back to an even .500.