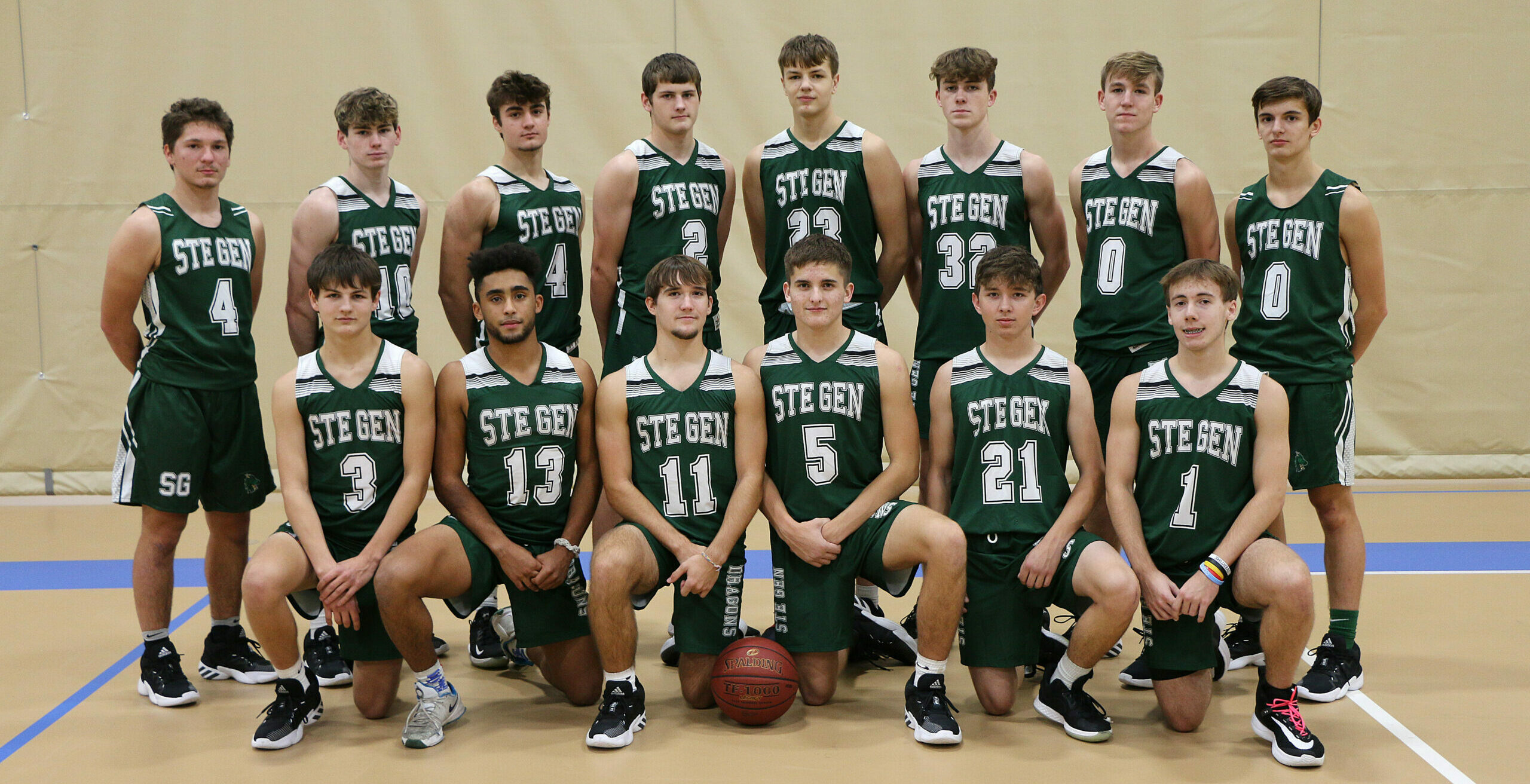 The Ste. Genevieve Boys Varisty Basketball squad fall in their first contest of the season to a State Champion Hartville team in the Van Buren Shootout. A solid start isn’t enough as they eventually fall 78-49.

The Ste. Gen Dragons Varsity Basketball team got their season underway against a state champion Hartville squad at the Van Buren Shootout. The Dragons were coming off a 13-15 record from the previous season and were ready to get into action. Unfortunately, the Dragons had a tough night, as they took the loss by the score of 78-49.

The first quarter was an exciting one. Both teams went at it, and the Dragons were trailed just 20-19 at the end of the quarter. The second quarter wasn’t as close as the Hartville boys took a 43-33 lead into the half. Sadly, the Dragons were unable to mount a comeback in the second half, and eventually took the loss. The defeat certainly wasn’t what Ste. Gen had hoped for, but thankfully it was only the first game of the season.

The Dragons had some shooting woes in this one. They had a shooting percentage of just 21.4 percent when inside the three-point line. However, they did shoot very well from beyond the three-point line. They went 10-24, which was good enough for 41.7 percent. These Dragons did have a tougher time stopping the shooting barrage from the Hartville squad though, but it’s something that they look to improve on in the future.

“We learned from Hartville that we must be physically tough in order to beat bigger teams,” Nick Plati said. “We need to box out, get to defensive spots quicker and be stronger with the ball.”

Turnovers were a point of focus in the Dragons’ minds after the game as well. “We needed to focus on being strong with the ball and stop turning the ball over,” Chaytin Lea said.

Freshman Plati was the number one scorer for the Dragons in this one, draining 13 points and going 3-6 from the three-point line. He also added two rebounds and three steals for good measure. Junior Lea was big on the boards, grabbing eight rebounds for the Dragons, and also went 1-2  from the floor. Sophomore Blake Morganthaler had eight points as he went 3-7 from the floor, with two three-pointers, a rebound and an assist.

Ste. Gen will look to grab its first win of the season Monday, Nov. 30 against Battle.