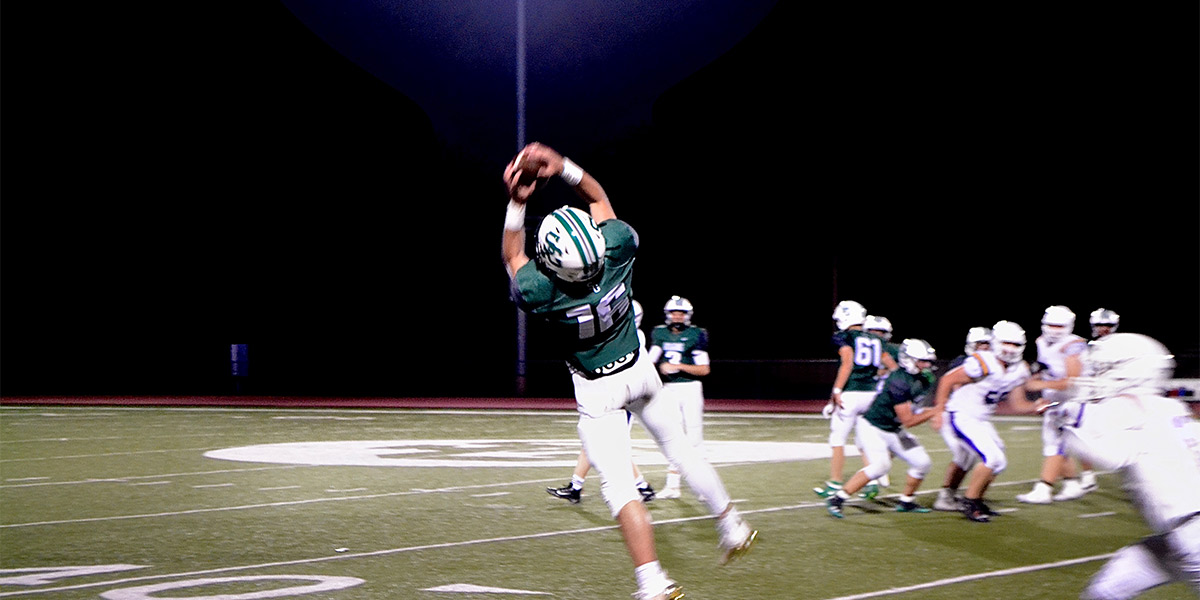 Peyton Matthews Moves Toward a Future Without Football

Peyton Matthews was the leading receiver for the Dragons this season. He has caught his last pass for Ste. Genevieve. He plans to put football behind him and move onto new challenges in his future.

The Ste. Gen Dragons saw their season end this year to the undefeated Kennett in the Class III tournament.  A season full of twists and turns was somewhat symbolic of what the year that we have been having. There was one consistency this year, and that was if you throw it to senior Peyton Matthews, he is going to catch it.

Matthews accomplished a lot in his last season playing the sport he started in elementary school.  He led the dragons in receiving with 587 yards.  If that wasn’t enough, he also caught a staggering 8 touchdowns in the 9 games he played.  He also threw his hat in on the defensive end tying the team lead in interceptions with 2. He will not continue his football career into college.

A: I got started in football in elementary with the Impact program and played till middle school football started.

A: My biggest influences in football are my coaches. They are always pushing me to be a better person on and off the field.

A: One moment that stands out to me in my football career is my first varsity start. It was an experience that I will never forget.

Q: When football is over for your career, what do you think we’ll see you doing with your life?

A: I will be going to Ranken tech school to be an electrician, and get a job.

A: The best advice I can give to all the little ones, is to get involved. Never take any reps off, it will all be over before you know it.

Peyton Matthews Moves Toward a Future Without Football