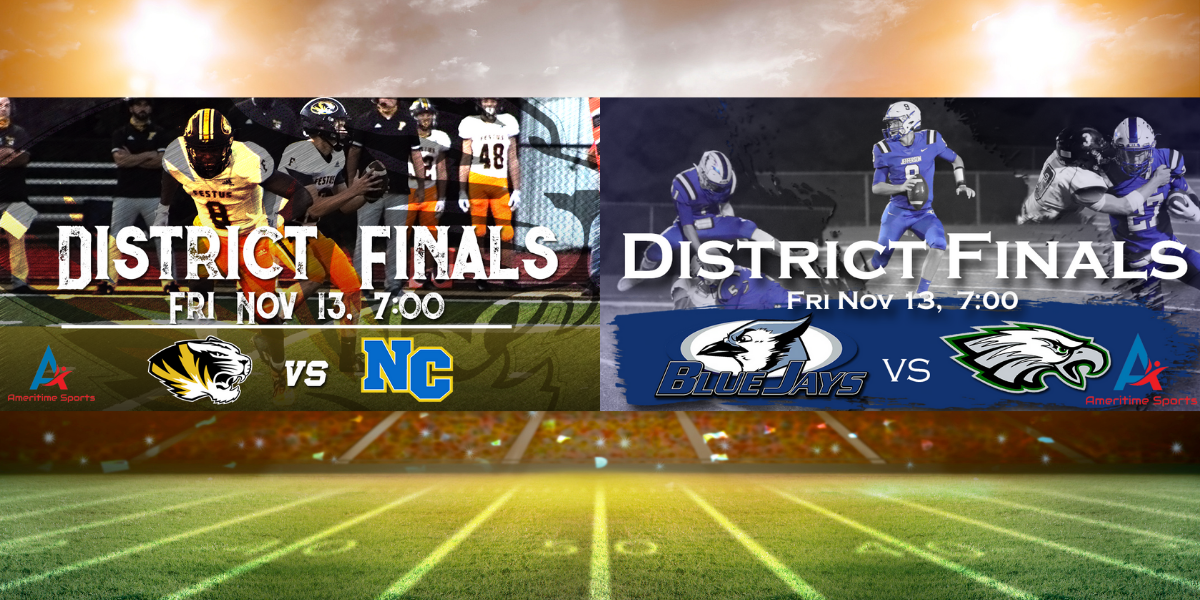 It’s all on the line this Friday as two Festus clubs fight for their respective District Championships.

It’s Championship Friday and we’ve got two red-hot, hungry teams ready to gut it out on the gridiron. The winners get a shot at a state championship, while the losers are sent packing. District titles are on the line, so this is easily the biggest game of the season for both clubs.

First off we have the 9-1 Festus Tigers taking on the 6-3 North County Raiders for the District 1 Class 4 Championship. The Tigers made short work of De Soto last week with a 35-7 blowout following their first round bye as the top seed. The Tigers have scored at least 35 points in every win this season, and if that offense gets rolling early they are nearly impossible to beat. Plus they have the luxury of playing on their home field.

North County will be a much tougher test than the De Soto Dragons though. The Raiders, who earned the #3 seed in the tournament, upset Hillsboro last week 36-28 to make their way to the championship game. They’ve won three straight and have outscored their opponents 79-28 so far in the playoffs. This should be a battle for sure, with both teams playing their most complete football of the season right now.

The other featured matchup pits The Jefferson R7 Blue Jays against the New Madrid County Central Eagles in the District 1 Class 2 Championship. The third seeded Blue Jays are on some kind of a roll right now, winning their last five games and boosting their record to 7-2. They get home field advantage in this one, but they have been dispatching opponents with authority regardless of the venue. They have allowed just one touchdown so far in the playoffs, outscoring the opposition 73-7.

The 6-4 Central Eagles won’t be pushovers though. They’ve won three straight and are flying high after a 44-0 drubbing of East Prairie in the semi-finals last week. They’ve been scoring early and often during their win streak, so that vaunted Jays defense will have to step up if they want to take home some district hardware.

Both games feature tight matchups, but that’s typically how it goes in a title bout. Good luck to all and get out and support your squad if you can. There should be some electric football in the Festus area this weekend.