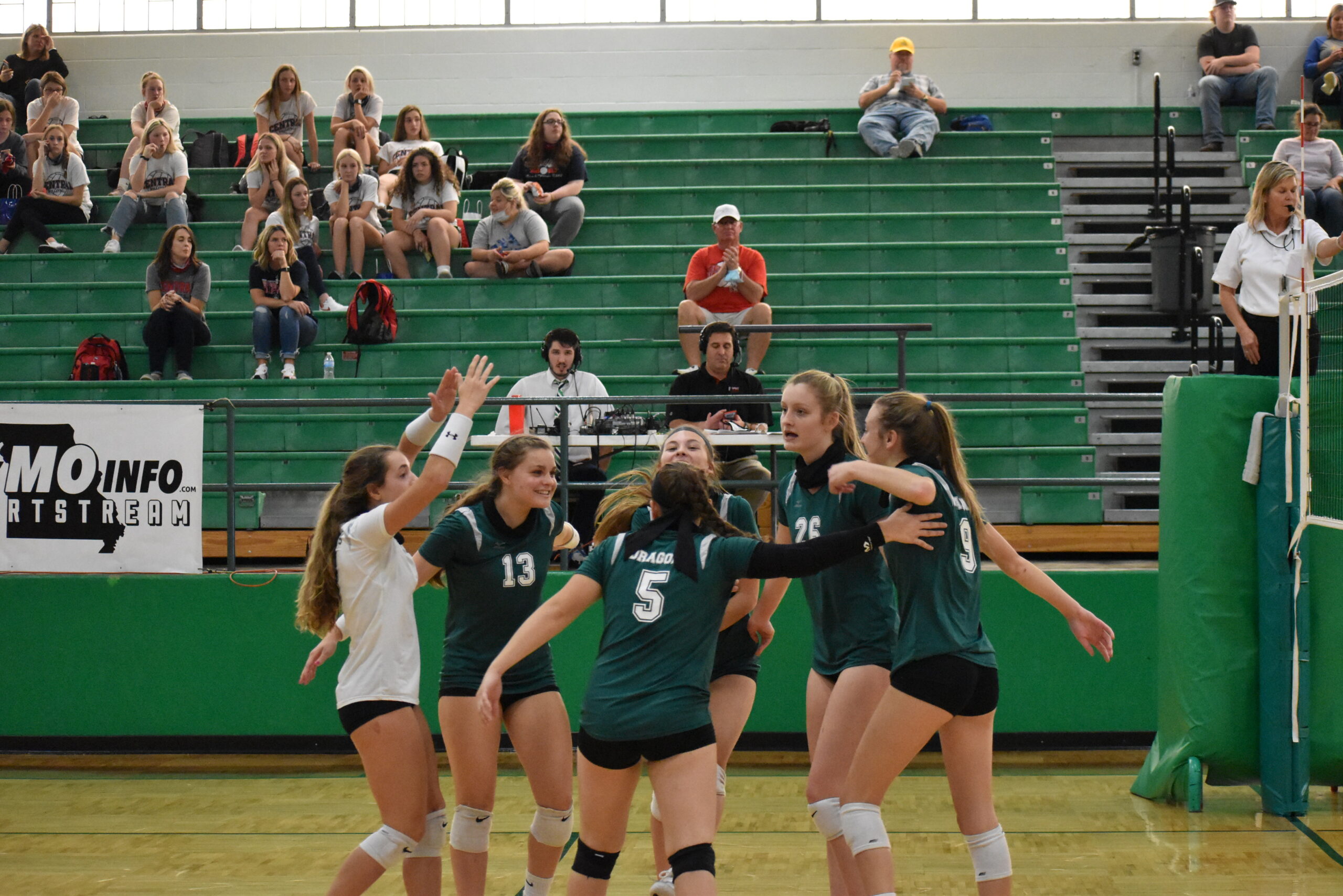 Ste. Genevieve and the girl’s volleyball team started off the MAAA Conference Tournament with two games in one night on Tuesday.

The Ste. Genevieve Dragons girls’ volleyball team came into the MAAA Conference Tournament off a tough four-set loss against Jackson High School and were looking to bounce back. To say that they did would be an understatement. The Dragon’s first game came against Kingston and they came out firing.

A first set victory would come by a dominating score of 25-12. As the second set came and went, an identical score would be posted as Ste. Genevieve took the match in two sets. Contributions were aplenty in what was truly a total team effort. Senior leader Brittney Kreitler came out strong with a team-high four aces and surprisingly low (for her; based on previous dominance) 12 assists.

Abby Moore led the team with seven kills while Arie Taylor added five in that department. Marysa Flieg came through with six kills to go along with her two solo blocks and one assist. Devyn Basler contributed five assists to accompany her two aces. The Dragons as a whole were great at the net with 27 total kills and were stellar in their serving game, cooking up 10 aces.

Kreitler was happy with how her team started the tournament saying, “We played really well against Kingston but our game against Potosi didn’t go as well as we thought it would. We struggled at the beginning of both sets but at the end of them we pulled it together and came out on top”.

The Dragons will look to continue their run in the MAAA Conference Tournament Thursday against North County.