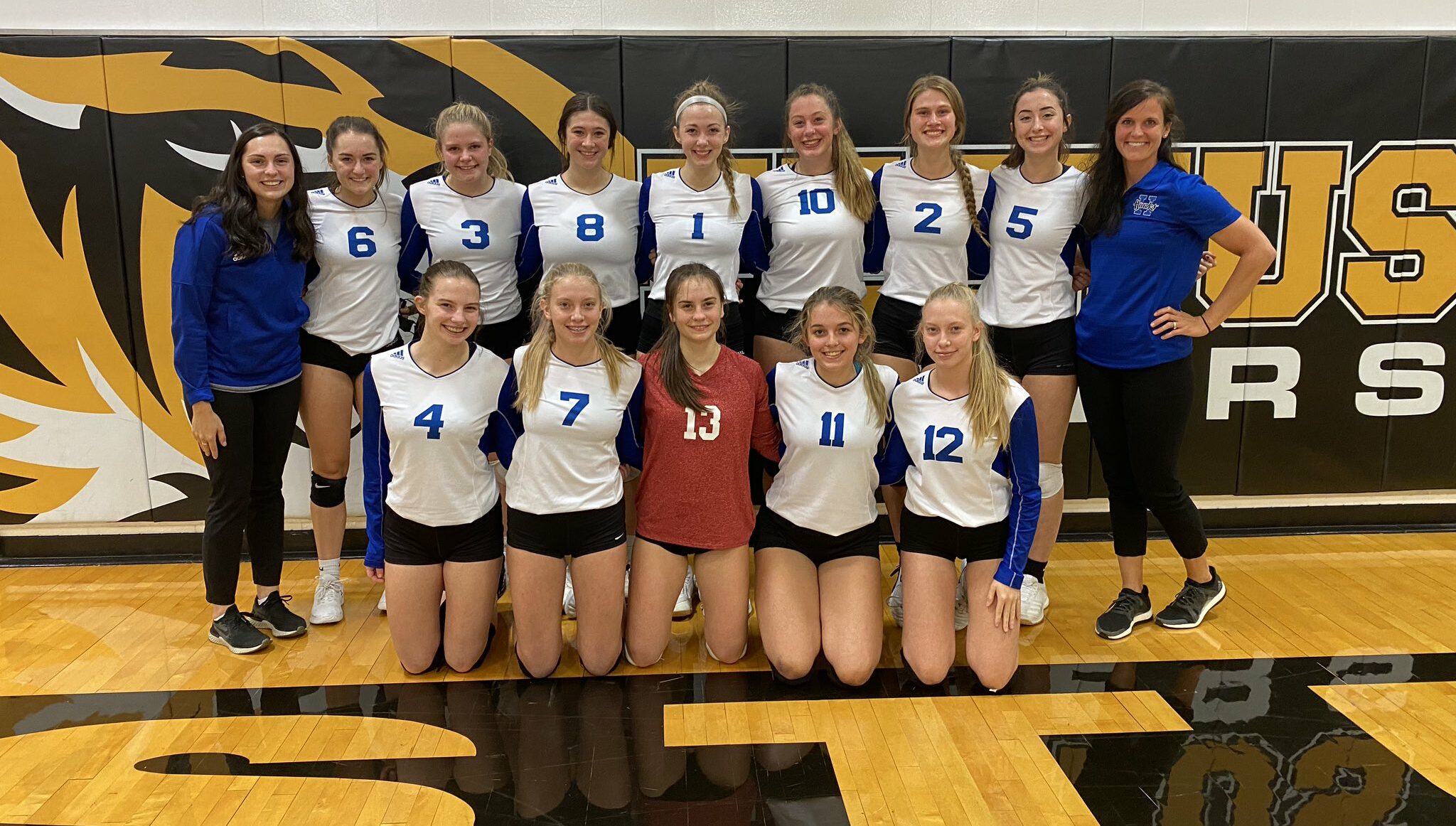 The Hillsboro Hawks clinched their conference championship after a win against Festus on Thursday.

The Hawks came into the match trying to break a two-game losing skid.

Hillsboro jumped out to an early lead and won the first set, but Festus rallied to answer back. The Hawks fell in the second set 25-18 and in the third by the same score. They were determined not to lose their third in a row. The Hawks won the fourth set 25-16 and put the game on the line in the fifth. They were able to close out the match and take home the Conference title with a 15-10 set victory.

“Our communication got much better in the last set,” Bella Lewis said. “Which is when we played our best and won.”

It was a unique season for the Hawks. They were not able to play nearly as many games due to cancellations because of COVID-19. They played all of their conference teams twice and went 7-1 in those games.

“The group of girls this year is great,” head coach Erin Boss said. “When they all play together they are unstoppable. Getting them to believe in themselves has been a challenge but totally worth it.”

Mackenzie Baker led the Hawks in kills with 17, while Sophia Marchetti was right behind her with 14 of her own. Baker also had a big game defensively, totaling six solo blocks.

It was a special night for Evelyn Roland, as she recorded 32 assists to lead the team. She also registered her 1000th career assist… a truly laudable accomplishment. Roland also tied for the team lead in serving points (one ace) with Maya Wright, as both girls had 15. Lewis was second to Roland in assists with 23 in the match.

“She has worked hard and earned everything she has achieved,” Boss said about Roland. “She started out in her sister’s limelight as a sophomore on varsity but she slowly came out of her shell as the years went on.”

Roland credits her success to the group around her. She also did not let her accomplishments overshadow team success.

“Getting 1000 assists would never happen if we didn’t have fantastic passers and hitters to put the ball down,” Roland said. “Beating Festus is always nice but winning conference was the best!”

It was also a historic night for Marchetti, who racked up her 1,000th dig.

“Not being a libero and getting over 1000 digs is a big deal!” Boss said. “Sophia is a powerhouse in the back row and doesn’t let much get past her.”

The win brought Hillsboro’s record to 14-5. The Hawks’ next test will come against St. Pius on Tuesday, Oct. 20.