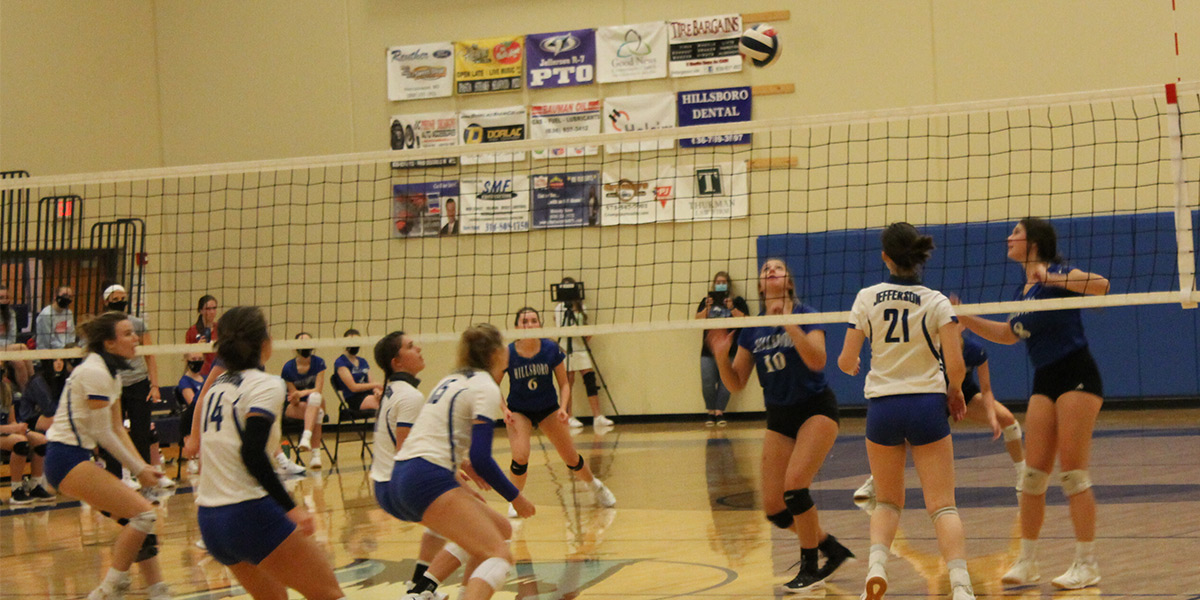 Jefferson pulls out a tight 3-2 win over Hillsboro to win their 10th game of the season.

The Jefferson Blue Jays (9-5) hosted the Hillsboro Hawks (16-2) Monday night, looking to grab a few clutch wins before the end of the regular season. The Blue Jays fell behind early but were able to pull out a stunning 3-2 victory.

After taking a 2-0 win against Scott City last Thursday, the Blue Jays entered the game looking to win their 10th game of the season. But the Hillsboro Hawks would be anything but easy pickings.

The Blue Jays didn’t get the start they would have liked, letting the Hawks take a clear advantage in the first set, losing 25-20. In the second set, the Blue Jays were able to bounce back, but the Hawks kept it close throughout. After a dogfight, the Jays came out on top 26-24. 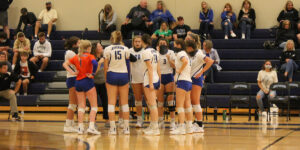 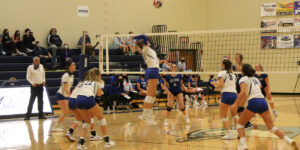 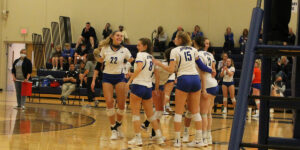 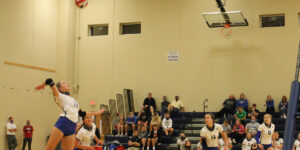 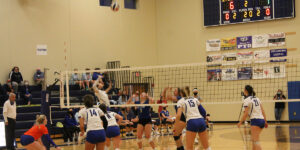 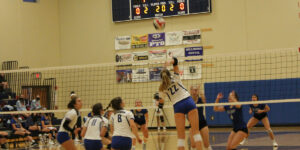 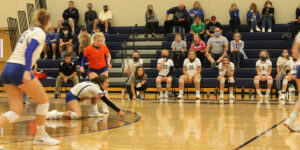 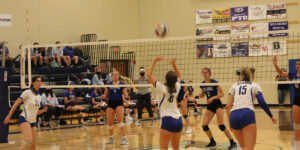 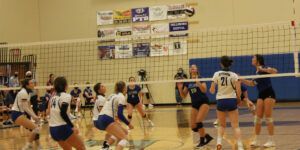 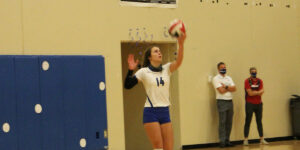 et number three was even more tightly contested volleyball from both sides, with neither team able to take a significant edge until the Hawks squeaked out a 27-25 win. Now down 2-1, the Blue Jays needed to win the final two sets to win the match. That started with taking the fourth set 25-19 to tie the score at two wins apiece.

Both teams still kept the game close in the final set, desperate to leave with a win. While the Hawks were able to keep the entire set close, the Blue Jays escaped with a 16-14 win and the 3-2 match final.

After the game Jefferson’s head coach Tara Fish praised the performances of both teams.

“Both teams played a really great game,” Fish said. “We did a great job attacking and had so many connections between our key hitters and our setters.”

One of the players who set the tone for the Blue Jays was sophomore Ava Roth. Roth led the team in kills with 18, digs with 26 and serve receptions with 29.

Kirstyn Lloyd was another strong performer for the Blue Jays. Lloyd led the team in assists with 29 while also putting up 16 kills and four aces.

Another player who impressed was senior Payton Siebert. Siebert contributed two blocks and was praised by Fish after the game when she said she “got many positive touches on balls,” including a “chicken wing” block.

Paige Siebert contributed excellent play as well, providing 21 assists over the match. After which, she praised the performance of her team.

“I thought the game was great,” Paige Siebert said. “We pushed till the very end and sealed the win.”

The next of the Blue Jays regular-season games will come Thursday night when they head to North County High School to take on the 8-6 Raiders. 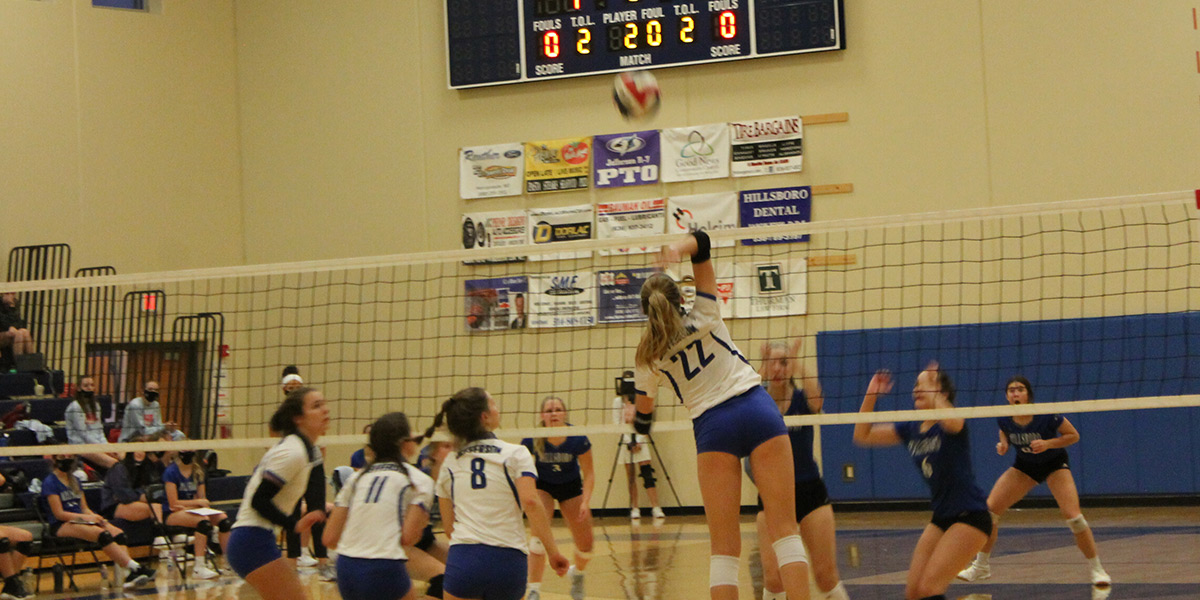