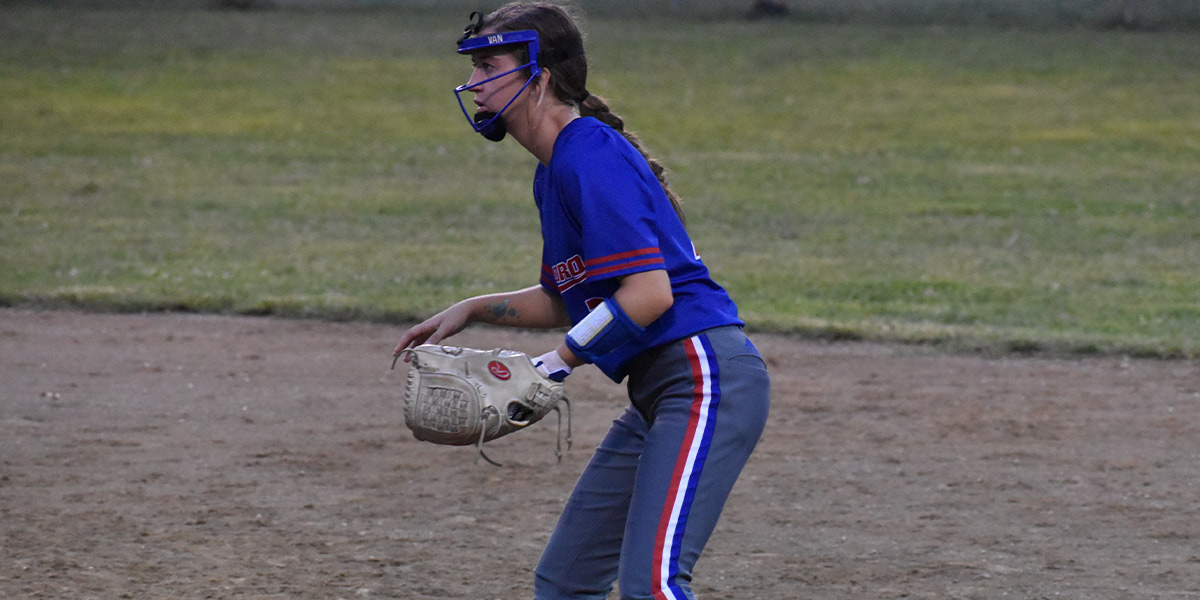 Hillsboro takes a dominant 18-4 win over Seckman to improve its record to 14-7.

The Hillsboro Hawks (13-7), after an excellent start to the season, looked to continue their success against the Seckman Jaguars (4-18) Wednesday night. The Hawks put on a dominant display, winning 18-4.

The Hawks came into Wednesday night’s matchup having won three of their last four games and looking to win three in a row against the Seckman Jaguars.

Taking the mound for the Hawks was senior Alex Wick, who entered the game leading the team in innings pitched at 59 and 2/3 while posting an ERA 2.69 and a WHIP of 1.29. For the Jaguars, sophomore Courtney Bone took the mound looking to secure their fifth win of the season.

Hillsboro came out of the gates with the advantage right away, putting two runs on the board in the top of the first inning thanks to a two-run home run from senior Ellie Bartlett. Leading 2-0, Wick, shut the door in both the bottom of the first and second innings, striking out one and only allowing one base runner.

In the top of the third, the Hawks began their domination of the game, putting up seven runs. The inning’s scoring was started by Bartlett driving in Alanah Dunphy via error, and Sara Stokes grounding out to drive home Elly Eckrich. Then a passed ball from Bone brought home Avery Dean. Following a double off the bat of Kora King making the score 6-0, the Jaguars decided to make a change at the mound, bringing in sophomore Josephine Lindsey. Lindsey only faced two batters, Lauren Nichols and Dunphy, hitting them both with pitches.

Lindsey was subsequently replaced by senior Victoria Jerome-Devenpeck, who did not fare much better than her teammates on the mound. She started her stint by walking a pair of Hawks to tag two more runs on the board before finally getting the third out of the inning.

Now down a staggering 9-0, the Jaguars weren’t about to give up without a fight. In the bottom half of the third Seckman began to attempt a comeback. The Jaguars were able to score four runs thanks to an error from third baseman Stokes, a two-run single off the bat of Jamey Johnson and a wild pitch from Wick.

The Jaguars were able to keep the Hawks’ bats in check in the fourth, allowing only one run, but couldn’t capitalize in the bottom half of the inning. In the top of the fifth the Hawks continued to extend their lead with three more runs thanks to hits from Bartlett, Wick and Nicole Evans.

The Jaguars continued to get shutout by Wick, not allowing a run for the remainder of the game, while the Hawks put up five more runs in the seventh inning just for good measure, giving them an 18-4 win.

Wick was lights out for the Hawks on the mound, pitching all seven innings and giving up no earned runs (four total runs), 10 hits and striking out six. Wick improved her ERA to 2.41 on the season, continuing what has been a strong campaign for the senior.

Wick was also handy at the plate, going 2-4 to go along with four walks and four runs scored.

In the end for the Jaguars, they brought out five different pitchers giving up a combined 10 hits, 14 walks, three hit by pitches and 18 runs. The Jaguars also struggled on defense, committing five errors.

On the offensive side, Bartlett shined for the Hawks, going 3-5 at the plate with five runs batted in, a double and a home run (her first of the season). Bartlett now leads the team in batting average, hitting .500 for the season to go along with nine doubles and 17 RBIs.

“This was a good win against a good hitting team,” Lucas said. “Even after we got out to a pretty comfortable lead they came back and put up a few runs of their own to make our lead not as comfortable. Our bats really woke up and some walks by their pitchers helped us out.”

The Hawks, now 14-7, are back at it Friday night when they play host to St. Pius X, looking to continue their strong season.