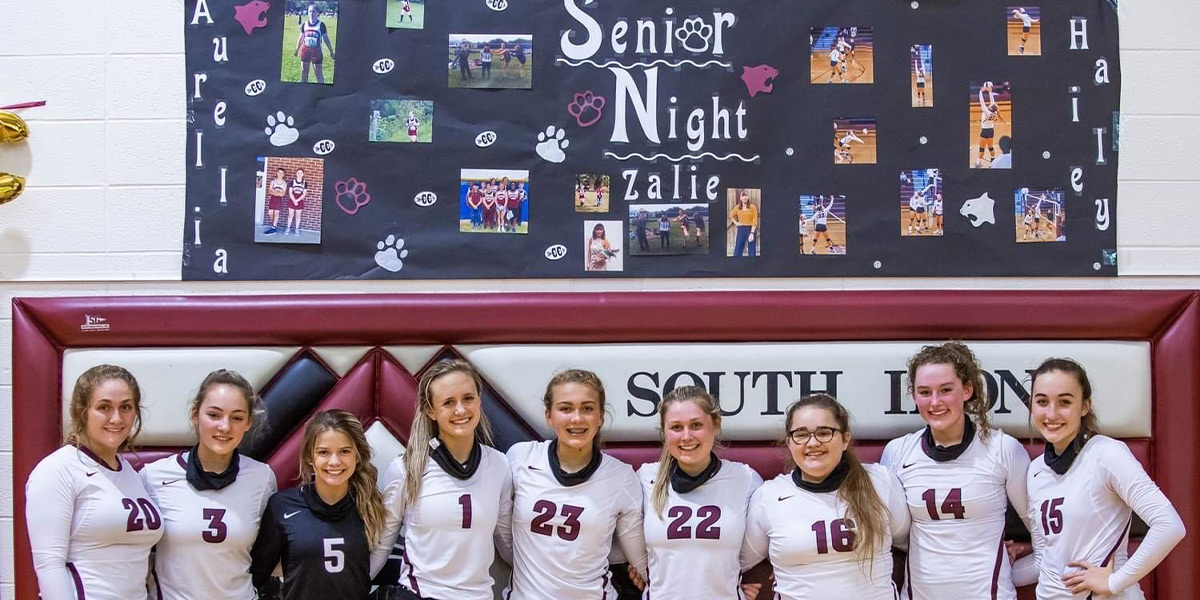 The South Iron Panthers came out on top of their senior night 3-1 against Ellington.

The South Iron Panthers really took it to Ellington on Senior Night, winning 3-1.

The Panthers got off to a slow start, falling in the first set and surrendering the early lead to Ellington.

“We dropped the first set to Ellington 20-25,” head coach Adriann D’Amico said. “The next three sets the girls did a great job of refocusing and playing our game.”

The Panthers evened the match at 1-1 and won the second set 25-12. From there, South Iron caught the momentum and controlled the match. They won the third set 25-16 and the fourth set 25-15.

“I think our team did a very good job at not giving up on the ball,” Grace Funk said. “Everyone was very aggressive and determined and I think that was a big part in this game.”

Drew Gayle led the team in kills with 14 and made her mark in other areas as well. She was second in assists with 17, had four aces, 13 digs and three solo blocks.

Megan Lashley also made her presence known. She had 12 kills, three aces and 18 digs.

“As a team they did a great job of communicating on the floor and covering each other up,” D’Amico said. “We dug a lot of balls out of the net and played off of each other very well.”

Enzley Dinkins led the team in assists with 23. She also had 13 digs and one solo block.

Senior Hailey Pauley was recognized before the game and made her senior night one to remember. She led the team in serving with 27 serve attempts and five aces. She also had 13 digs and three assists.

“It was humbling to see how much my teammates cared about me,” Pauley said. “And seeing the work they put into making my senior night special. I appreciate everything my teammates, coach, family and community have done throughout my volleyball career to support me.”

Each win is accompanied by more improvements for the Panthers.

“There were several times our girls were getting a hand on a ball, teammates stepping in to take care of it, and another teammate sending it over the net with either a hit or a well placed ball,” D’Amico said. “Those are things we have been really working on.”

The win brought South Iron’s record to 8-5-1. The Panthers next test is Thursday, Oct. 1 against Clearwater.