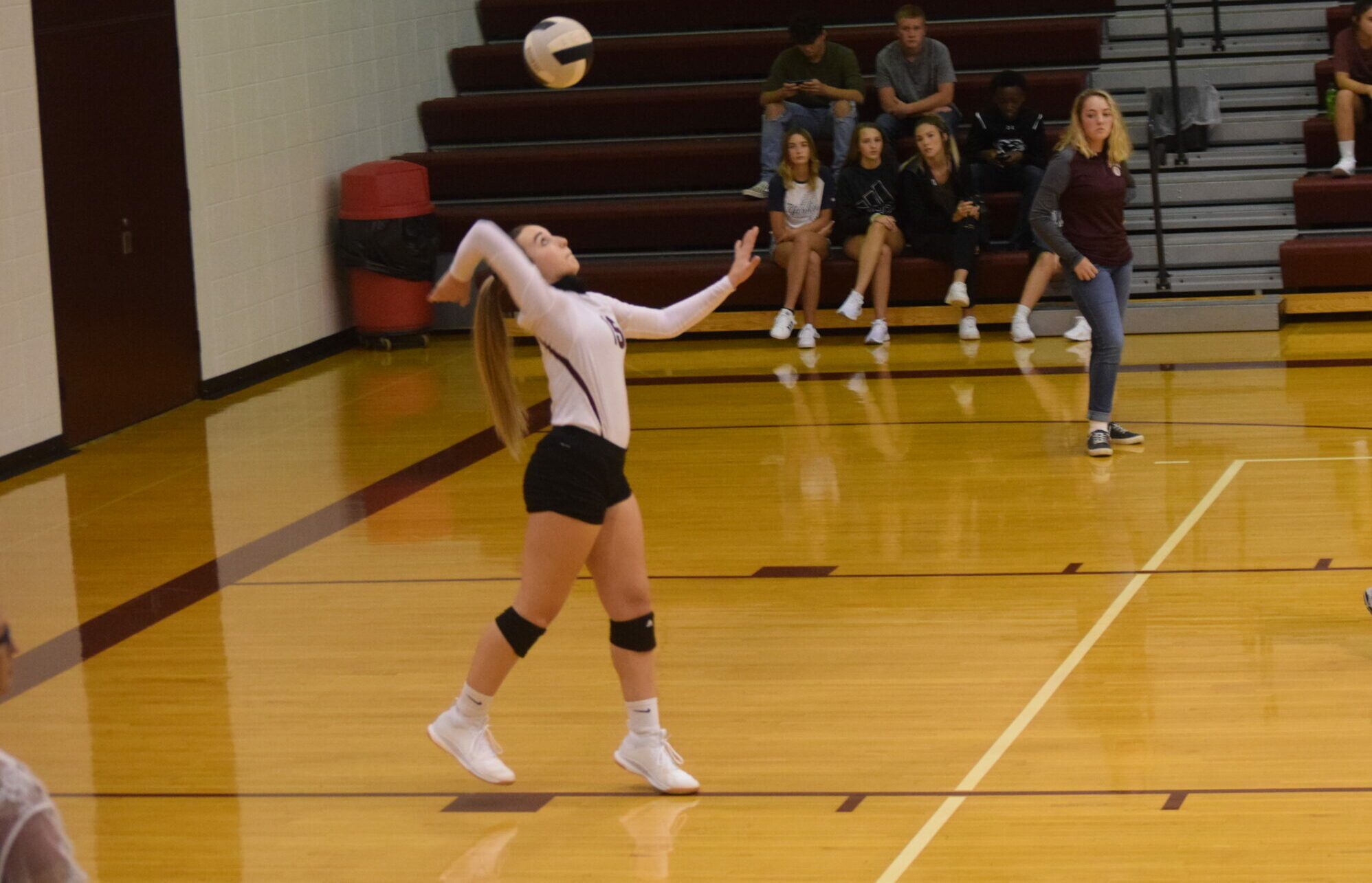 The South Iron Panthers took care of business against Meadow Heights in straight sets on Tuesday.

The South Iron Panthers rolled past Meadow Heights in straight sets on Tuesday.

The Panthers established themselves early and kept momentum throughout the match. They won the first set 25-16, the second set 25-15 and closed out the match in the third set 25-10.

“Our team was able to hold them off pretty well by playing consistent, smart, team ball,” Alyssa Bennett said. “We used great communication and smart strategies in order to finish the game.”

Madison Ayers led the team in kills with 13. Megan Lashley followed with ten. Enzley Dinkins led in assists with 17 and Drew Gayle was just behind with 15. Dinkins and Gayle were also top two on the team in digs with 13 and 11. Gayle also added four aces.

“Meadow Heights is a scrappy team and they pursue a lot of balls to keep them in play,” head coach Adriann D’Amico said. “Our goal going into this game was to get back to having fun playing the game and focusing on the little things.”

The Panthers played as a unit and executed team goals to come out with the win.

“I think that the biggest factor was just sticking together as a team and keeping a positive mindset,” Dinkins said.

Bennett tied Gayle for the team lead in aces with four. Hailey Pauley was just behind them with two. Pauley also had 10 digs.

“I think our team did a great job,” D’Amico said. “Everyone was able to contribute to our team’s win on the front and back row. I was very proud of our effort.”

This was South Iron’s second win in a row and brought its record to 7-5-1. The Panthers will take on Ellington Thursday, Sep. 24.