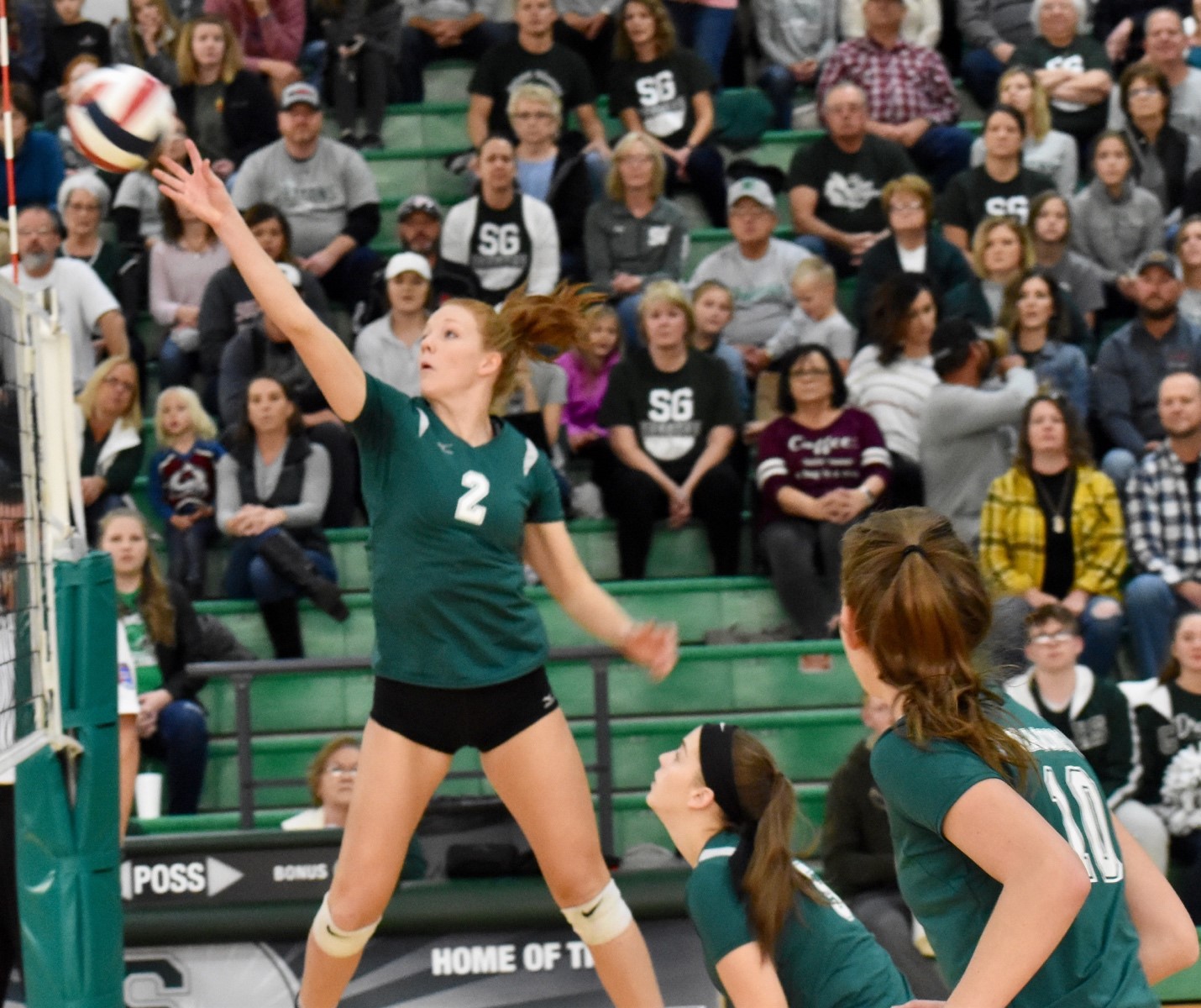 Last Tuesday, the Ste. Genevieve Dragons girls Varsity volleyball team (3-1) looked to bounce back from their first loss of their season playing host to the undefeated Notre Dame Bulldogs (7-0).

Last Tuesday, the Ste. Genevieve Dragons girls Varsity volleyball team (3-1) looked to bounce back from their first loss of their season playing host to the undefeated Notre Dame Bulldogs (7-0). The two teams played four tightly contested sets, but in the end the Dragons came out on top 3-1.

The Dragons came into Tuesday night’s matchup coming off a 2-0 loss to Windsor the week prior, hoping to bounce back with a win. On the other hand, the Bulldogs came to St. Genevieve having won their first seven games of the season and looking to continue their dominance.

Both teams came out firing on all cylinders in the first set, setting the tone for the rest of the game. After trading blows back and forth, Ste. Genevieve came out on top, winning the first set 25-23.

Despite continued strong play from Ste. Genevieve, Notre Dame rebounded in the second set taking it down 25-22. With the match standing at 1-1, the Dragons took control, winning set three (25-21) and dominating the final set 25-15 giving the Dragons a 3-1 win.

The Dragons attack was led by their trio of seniors Marysa Flieg, Brittney Kreitler and Maci Reynolds.

The Dragons’ setter Krietler was dominant all game long, putting up a staggering team-high 45 assists to go along with nine digs and an ace.

Her fellow seniors, middle blockers Flieg and Reynolds, did a bit of everything for Ste. Genevieve. Flieg put up nine kills, two digs, one ace and a team-leading five block assists, while Reynolds led the team in digs with an impressive 19 total for the game.

While the seniors shined for Ste. Genevieve, sophomore and outside hitter Dru Koetting was equally essential for the team’s win Tuesday night, leading the team in kills with 15.

Now 4-1 on the season, the Dragons will look to continue their strong start to the season Tuesday night as they head to Jackson to play a best of three match against the Saxony Lutheran Crusaders (2-5-2).