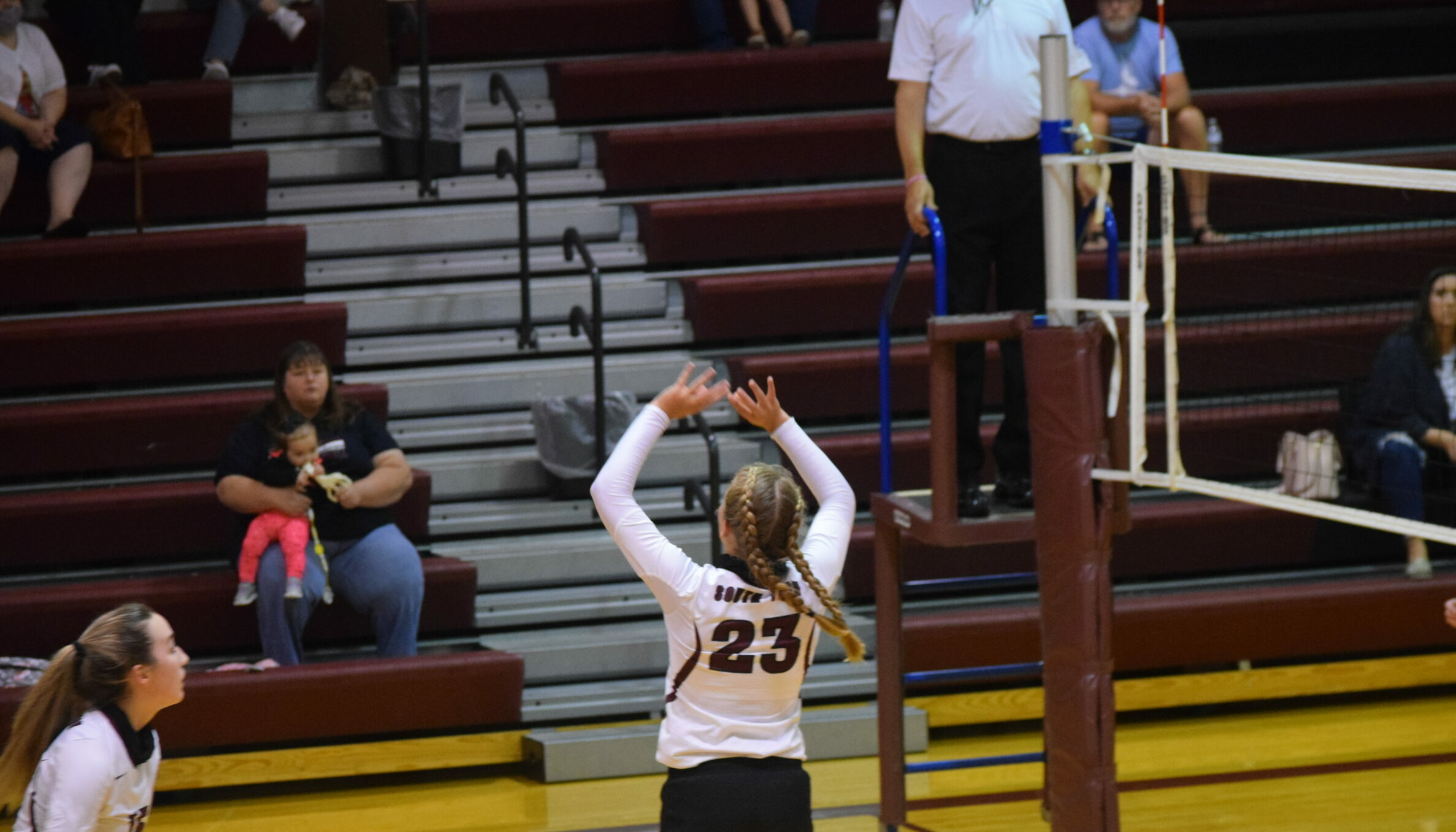 The Panthers fell into a hole early and were never able to get into a rhythm. They lost the first set by a wide margin 25-9, showed some fight in the second set but ultimately came up short 25-20. Central took the last set 25-18 and handed South Iron its fifth loss of the season.

“Central is a respected program that produces a tough defensive and quick offensive team,” coach Adriann D’Amico said. “Our girls were able to dig some hard hits and answer back with some of our own.”

Megan Lashley led the team in kills with seven. Just behind her was Drew Gayle with five.

“Megan Lashley did a great job of finding Central’s holes and placing the ball there,” D’Amico said.

“I think that we most definitely could have communicated better and put better attacks on balls,” Dinkins said.

Madison Ayers picked up a team lead 12 digs. Gayle made her mark in this column also with 11 while Ayers also received 24 serves.

“Playing teams of this caliber continues to show us what we are doing well and what we need to work on,” D’Amico said. “While our serve receive passing is strong, we need to continue to improve upon our ability to answer back with a strong offensive attack.”

The loss brought South Iron’s record to 5-5-1. The Panthers will try to bounce back from the loss on Thursday, Sep. 17 against Summersville.