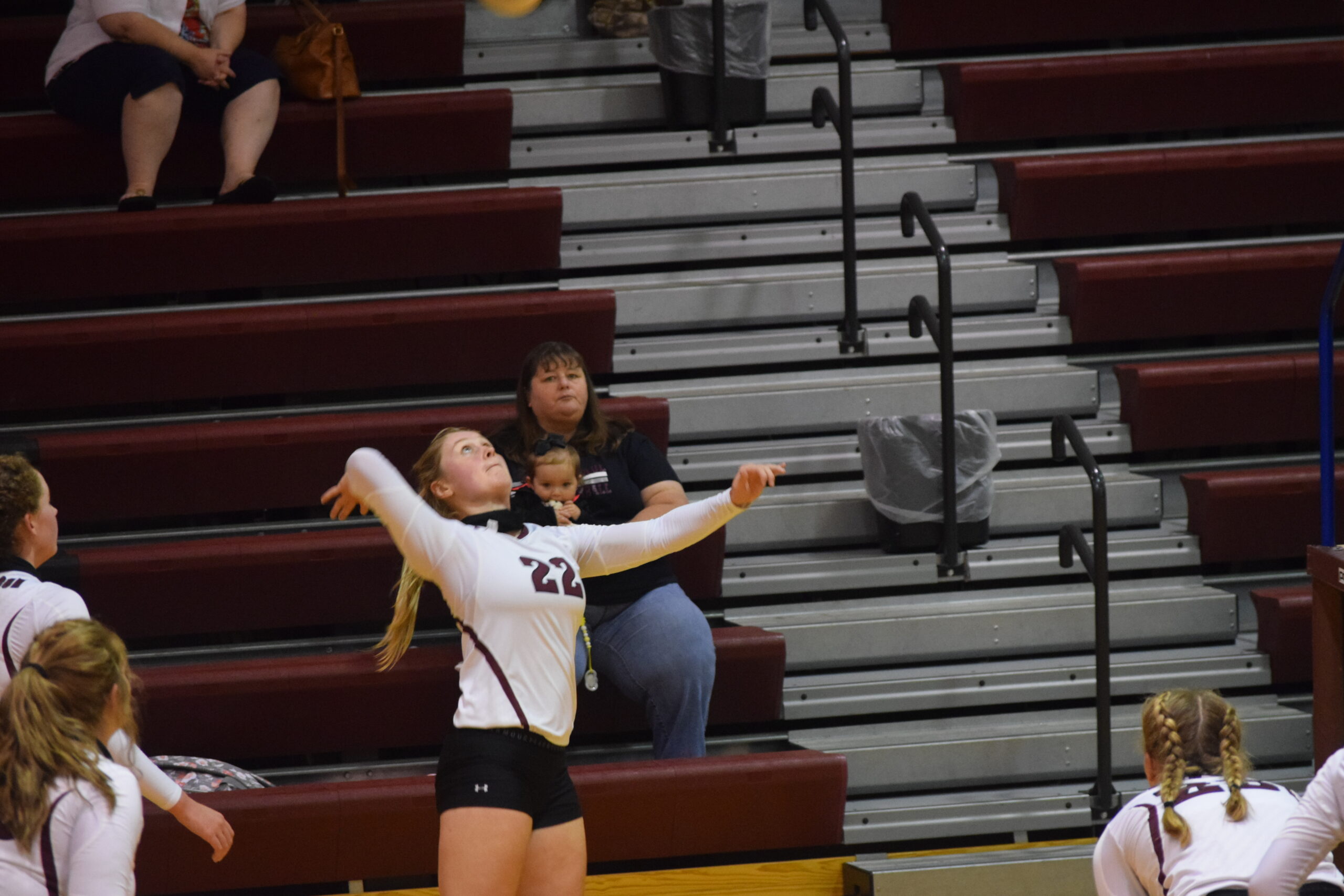 The South Iron Panthers beat West County on Tuesday for their fourth win in a row. They have not lost yet this season.

The South Iron Panthers took down West County to pick up their fourth win in a row to start the season.

It took the Panthers four tightly contested tough sets but they were able to come out with the 3-1 win.

“I am proud of how this team is learning to battle,” head coach Adrian D’amico said. “We may not have played our best fundamentally sound game, but they did not give up when things got tough. They keep finding a way to make things happen, or just keep working to touch and take care of each ball.”

Drew Gayle led the team in kills with 11. Madison Ayers followed closely behind with seven.

“I think our biggest strengths were placing the ball to win the point,” Gayle said. “We hit good line balls and tipped the ball in spots which helped us earn lots of our points.”

Enzley Dinkins spread the ball around throughout the game and led the team in assists with 15. Gayle was second with nine. Gayle and Dinkins also had two solo blocks each.

“I think everyone on our team is capable of taking care of the ball and as a setter, I have to trust they will do that,” Dinkins said.

Megan Lashley blasted 20 serves, Ayers had 18 and Gayle had 15. They each had two aces. Ayers also registered 18 digs. Dinkins and Hailey Pauly each had 13.

“West County is a tough team,” D’amico said. “The girls were able to execute our game plan and it allowed us to put ourselves in a position to succeed.”

South Iron left West County 4-0 and will work to keep their record unblemished as the season goes on.