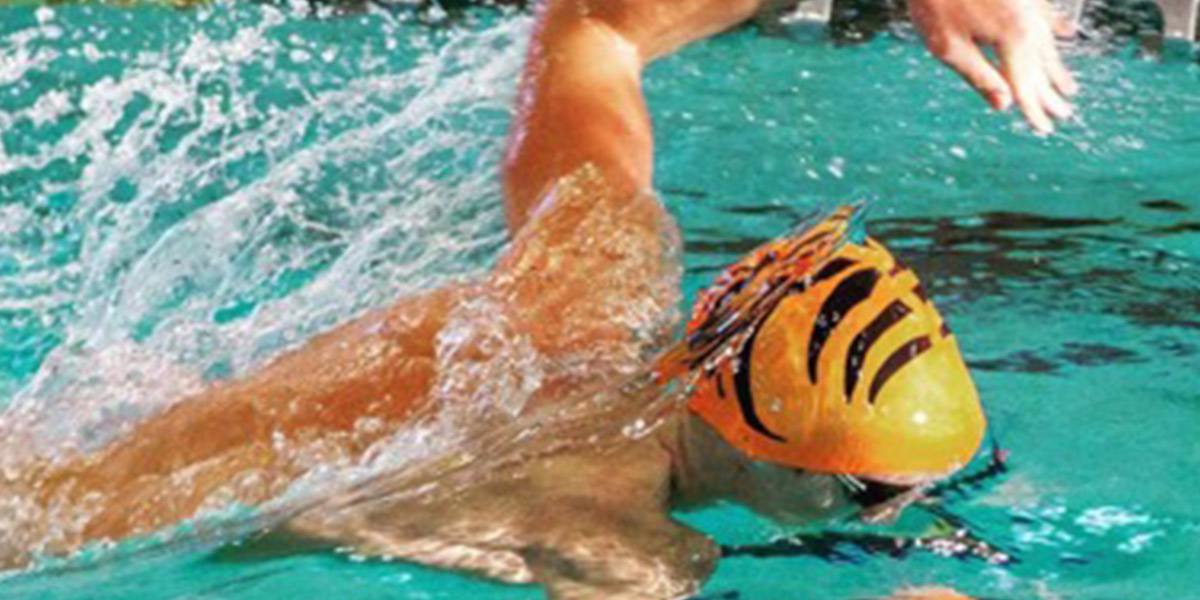 After a dominant run, the Cape Central boys swimming team is facing a transition season. Head coach Dayna Powell will have a smaller team in 2020, and will have to have some new and inexperienced talent come through.

Last season was a banner year for the Cape Central boys swimming and diving team.  After dominant performances in duals and tournaments, the Tigers came away with a conference championship and a second place finish at state.  But there will certainly be a different look for CHS in 2020, and those high achievements may be difficult to reach this season.

“We lost a huge group of eight seniors that included all-Americans and state champs,” Coach Powell pointed out.  That, along with athletes who decided not to return, has reduced Powell’s roster.  “Daniel Seabaugh (Missouri), Jacob Bening (Missouri State), and Truman Vines were really instrumental in getting us to the state championship last season,” Powell noted.  “Ben Steelman (Williams Baptist) and Josh Glenn, along with Stasis Williams and Dylan Jordan…Dylan being one of the first two to score at state in diving in thirty years…that was a big deal.  We’re definitely a smaller team this year than we have been.”

Just one swimmer returns who made his mark at state last season.  “Jack Maxton is our superstar,” Coach Powell said.  “He’s been all-state, a butterflyer, a breaststroker…he should have an outstanding senior season.”  Maxton had a part of accumulating 88 points for the Tigers at last year’s state meet.  Individually, he placed third in the 100 butterfly, and fifth in the 100 breaststroke.  As a member of the 200 yard freestyle relay, he won the consolation final, and then capped everything with a first place finish in the 400 yard freestyle relay.

Powell also looks forward to the return of Toby Lin, another strong senior swimmer in the butterfly, IM, and 500.  Elias Theall returns for his junior season after gaining valuable experience as a sophomore.  “Elias qualified for state in the 500, and he continues to improve,” Coach Powell explained.  “He’s been training hard this summer.”

The Tigers are hoping the season will be one of learning and gaining the experience needed for a return to the top at state.  It all begins Friday, August 28 at home against MICDS.  For a look at the complete schedule, click here:  2020 Cape Central Boys Swimming and Diving Schedule