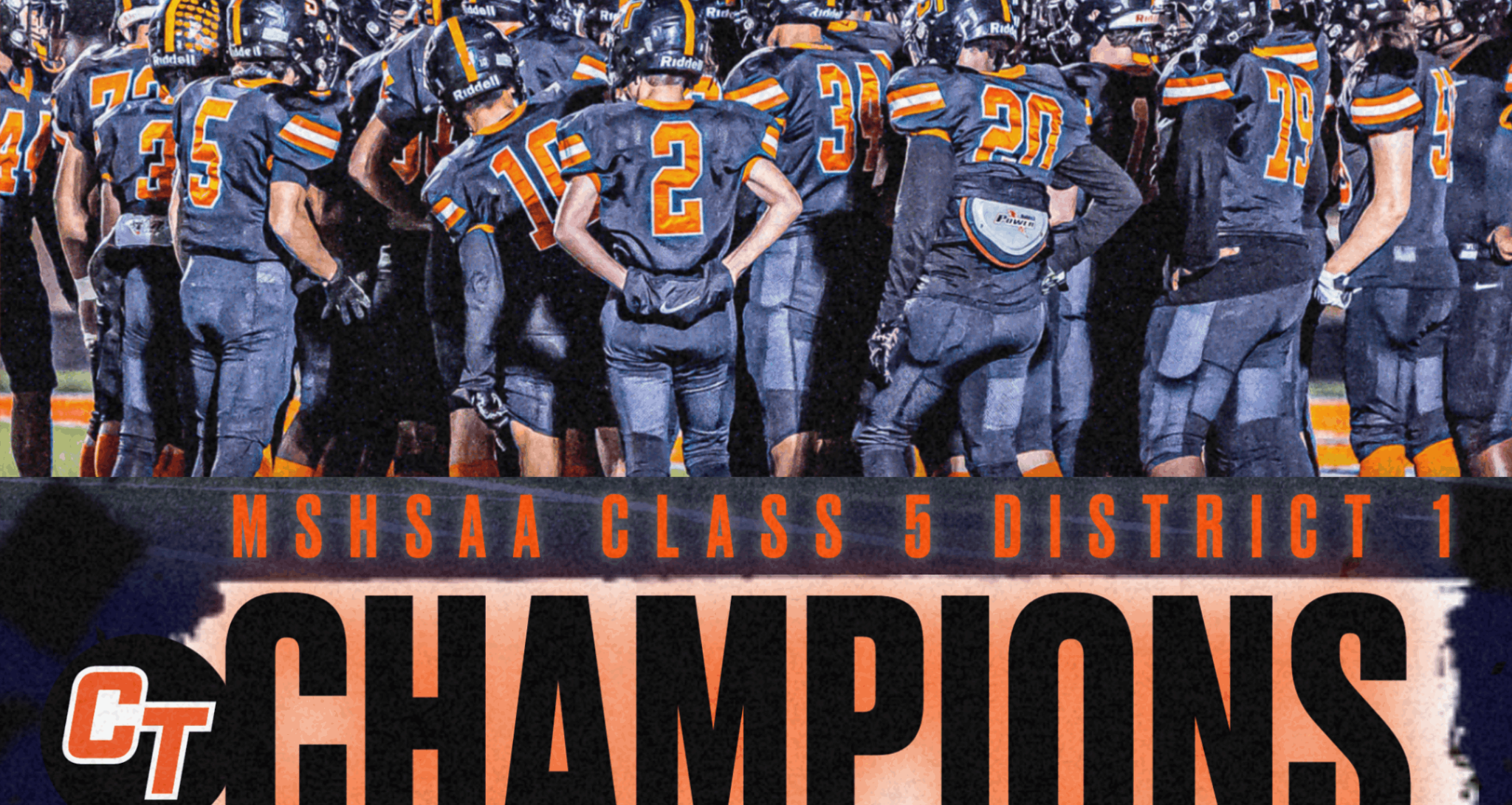 The Cape Central Tigers knock off the Poplar Bluff Mules in a thrilling defensive showdown to earn their first District Title since 2016.

The Central Tigers out of Cape Girardeau used a huge game from speedy Running Back Zai’Aire Thomas and a clutch defensive performance to capture their first ever Class 5 District Championship. It was a back and forth affair, but solid defense and a thrilling fourth quarter comeback gave the Tigers a 22-16 victory over the Poplar Bluff Mules and some new hardware for the trophy case. It was the first District Title for Cape since 2016 when they were in Class 4.

Defense was paramount in this one. The Tigers forced a 3-and-out on the Mules’ first possession, and then turned right around and put the opening points on the board. After a long drive down the field, Thomas punched it in from four yards out and gave the home team a 7-0 lead.

The Tigers stopped Bluff on their next drive as well, but then they muffed the ensuing punt and the Mules got the ball right back at the 44-yard line. Even with that good fortune on their side, Poplar Bluff still couldn’t advance the ball and turned it over on downs again.

After some back and forth between both teams struggling to score, the Mules finally broke through in the second quarter. A 15-yard rushing score tied the game at 7-all, but the Tigers would immediately pounce in retaliation. They got those points right back when on the first play after kickoff, Thomas broke loose for 79 yards and took it all the way to the house. That made it 14-7.

Head Coach John Gibbs broke down the wild final few minutes of the half for us, saying, “Our defense gets an incredible interception from Marshon Edwards, but Poplar Bluff holds us on downs. Then we snap the ball over our punters head and Bluff takes over on the 6-yd line. The defense stepped up again with a goal-line stand on a 4th & Goal stop, but then on our second offensive play we get caught in the endzone for a safety to make the halftime score 14-9.”

The third quarter opened with Cape getting stopped on their initial possession, and after the punt the Mules struck again. This time it was a 60-yard TD run that gave them their first lead on the game at 16-14.

The two teams traded fruitless drives back and forth until the fourth quarter. Then, just a minute and a half into the final frame, QB Morgan Diamond broke the offensive stalemate with a four-yard TD run. He then hooked up with Marquel Murray for the two-point conversion. And just like that, Central had a 22-16 lead.

The Mules had two more possessions in the fourth, but the Tiger defense stood hard and fast, bottling up any potential threats Poplar Bluff tried to orchestrate. Then, on their last fourth-down of the day, the Mules snapped the ball over the QB’s head. They weren’t able to recover from the gaffe and Central took over on the 20-yard line with the luxury of running out the clock.

The 22-16 score held up as the final and the Tigers had their first District Championship since 2016.

Offensively, Thomas was the boxscore standout. The elusive Sophomore tailback burned his way to 172 yards and a pair of TDs to account for the majority of the offensive production. Diamond had just 21 yards through the air, but he was adept with his legs, as those wheels rolled him to 65 yards and a score on the ground.

Clayton McClard led the starved receiving core with 17 yards, but also led the team in tackles with five. The defense as a whole was suffocating, to say the least, and key interceptions by Edwards and Diamond certainly help disrupt any offensive flow for the Mules.

It was a complete team effort, and the Tigers wound up with multiple rewards. Not only the District Championship trophy, but the gift of at least one more game as well. The win sends them to the State Quarterfinals and gives them a shot at the ultimate goal.

They continue their quest for a State Title on Saturday, November 19th at 1pm as they will face off against Catholic powerhouse MICDS.