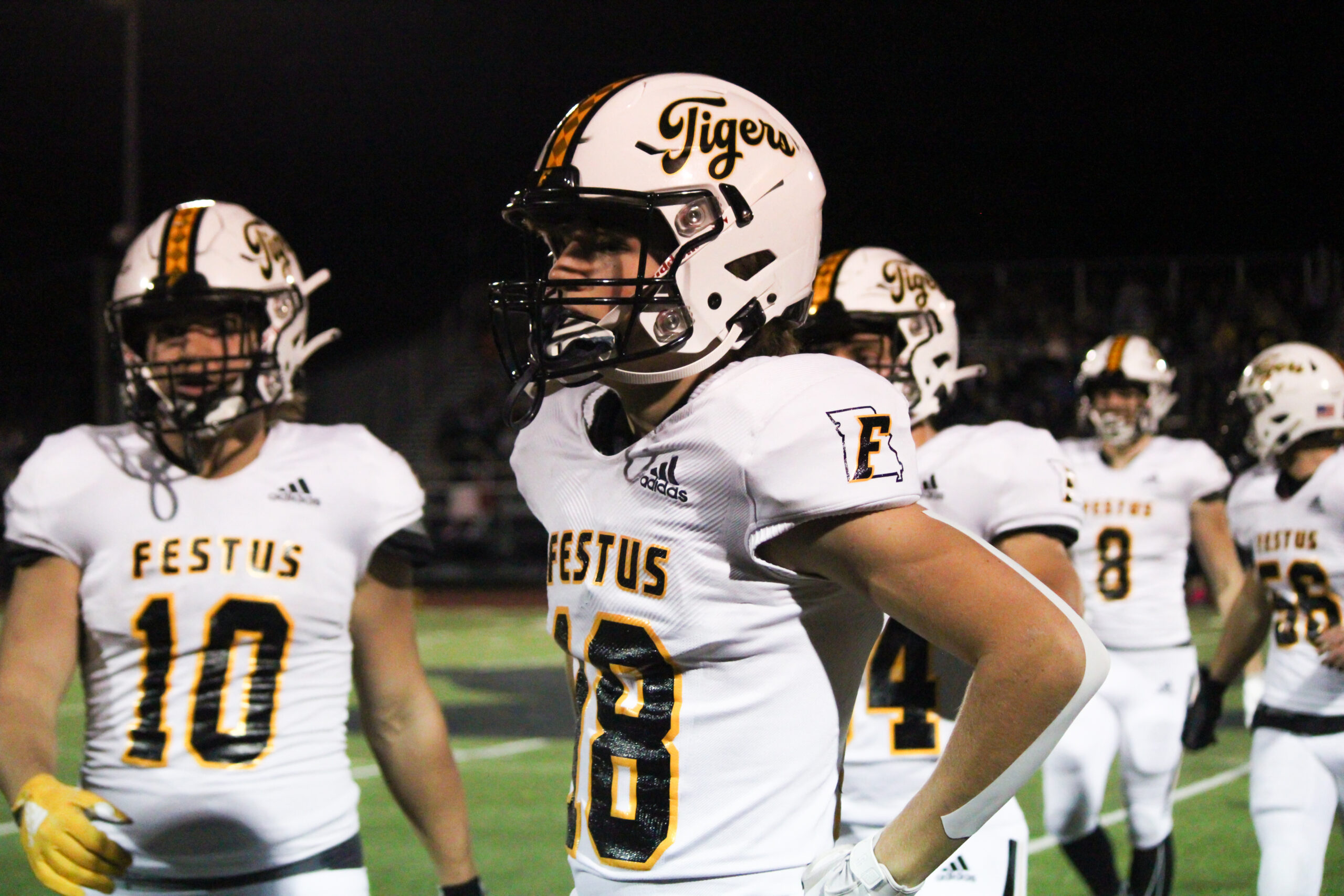 The Festus Tigers will travel to North County this weekend to take on the Raiders in the District Semifinals.

The Festus Tigers made a statement in their first District playoff game last week. To paraphrase their efforts on the field: We’re not going away and we can bring it when we need to. The offense certainly echoed that sentiment in a massive 61-14 Quarterfinal victory over the Sikeston Bulldogs to move into the next round.

The Tigers found a variety of ways to score, using both their offense and their defense, to put up a ridiculous number of points in their Week 10 win. But things won’t be quite so easy this week, as they take on the 8-2 North County Raiders. They will have to travel to face the number two-seeded squad in Class 4 District 1, and it will be no simple task.

The Raiders have put up a whopping 367 points this season while only allowing 221, so they are tough on both sides of the ball. They have put up at least 36 points in all but one of their victories this year, and in that outlier they scored 30… against Festus. The Tigers hung in there all game in their Week 6 matchup, but fell just shy in a 30-20 loss. These two teams can hang with each other, but the Tigers can’t let North County break loose.

They’ve topped 40 points five times this season and 50 twice, including last week’s 52-12 drubbing of DeSoto in the District Quarterfinals. The Tigers will have to be able to contain talented Quarterback Jack Moore, who has thrown for over 1,000 yards and 15 TDs this season. He, of course, is complimented by one of the best Running Backs in the State in Jobe Smith, who has a ridiculous 1,524 yards and 23 rushing touchdowns this season. He’s also the third leading receiver on the team and has three scores in that department as well.

Grant Mullins leads the team with 273 yards on 20 catches with three TDs and Andrew Civey has 230 yards and a team-leading five receiving touchdowns. Back to Smith, he will be a handful in all facets of the game, as he has three interceptions on defense and 419 yards and a score on punt returns.

The Tigers can counter with their offense though, and face a defensive squad that has been victimized a handful of times this season. The QB duo of Jeremiah Cunningham and Essien Smith has been an offensive bright spot, as both signal callers can get it done through the air and on the ground. Arhmad Branch and Landen Yates represent a pair of gritty and crafty receivers that have been doing damage all year, and Hayden Bates is a having a monster season rushing the ball.

The Raiders will have to zero in on this group if they’re going to have a chance to slow down Festus’ offense, which has scored over 40, 50 and 60 points respectively in their last three wins. Putting up points hasn’t really been the issue for the Tigers this season though. The defense is going to have to step up and plug some holes if they’re going to contain Smith and this downright scary North County offense.

Kickoff for a trip to the District Finals is set for Friday, November 4th at 7pm in North County.