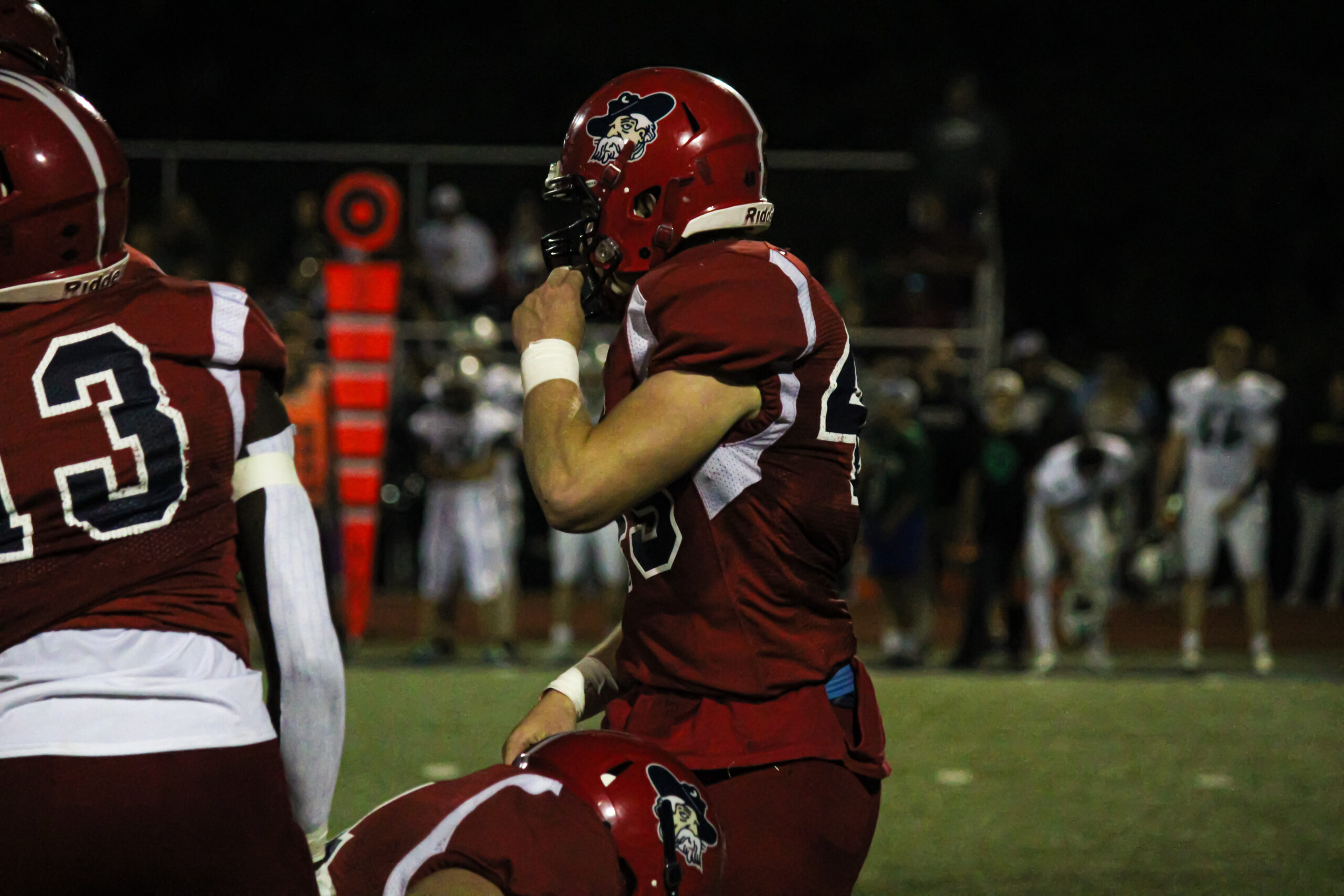 The Central Rebels took the first step towards achieving their season goal by dominating Fredericktown 69-15.

Central Park Hills can check the first box on their “to-do” list in an effort to win the Class 3 District 1 Championship. The number two-seeded Rebels ran away with a huge 69-15 victory over the seven-seeded Fredericktown Blackcats. The fast-paced offense started early for Park Hills, who got a lead and never looked back.

It was a variety show of scoring for Central, who managed to score several different ways and even got some offensive linemen in the endzone as well. On the first series after Fredericktown threatened, Central took over from their own 15-yard line. It took them just four plays to score. Quarterback Casen Murphy connected on two quick first-down passes to Kendall Horton and then launched a 45-yard strike to Jobe Bryant who took the ball to the one-yard line. From there, all-state offensive lineman Evan Weiss got to carry it in for a touchdown making the Central faithful enjoy the moment.

The scoring was just getting started. On the next possession, Jaxon Jones pounded it in from six yards out, and before the quarter was over, Bryant added another touchdown on a punt return. In doing so, he set another school record as it was his fifth of the season.

Opening the second quarter, Murphy connected with Bryant from 32 yards out for a touchdown, making it 28-0 with just over 10 minutes remaining in the second half.

Moments later Bryant nearly returned another punt for a touchdown, but came up just short, getting tackled at the three-yard line. The return went for 48 yards as again he made a lot of Blackcats miss. Jones got his second touchdown of the night on the next snap. Mason Williams added the successful extra point to make it 35-0.

The Blackcats seemed to be cursed. Just two minutes later, Hakin Wagner returned an interception for a 65-yard touchdown, extending the lead to 42, at the 4:44 mark.

On their next possession, the Rebels got fancy and successfully pulled off the hook-and-ladder play. With just under two minutes to go in the half, Caden Casey caught a hitch route and pitched it to Triston Stewart coming from his tackle position, making him the second offensive lineman to score in the game.

Central got the ball back after their fourth interception in the half and had time for one play. Murphy hit Horton on a slip screen, and Horton was led in by several key blocks to take it to the house, capping a remarkable half. Williams added the extra point on all eight first-half touchdowns setting a record for most extra points in a half, ramping the score up to 56-0.

The game was well in control entering the second half, so Park Hills went to their second string. Even still, Gavin Lotz added another special teams touchdown with a 75-yard kickoff return to keep the rally going. The extra point was missed, but the Blackcats had already been put out to pasture.

Backup quarterback Landon Whitfield even got in on the scoring with a 21-yard touchdown run in the fourth quarter. Fredericktown was able to score twice against Central’s reserves making the final 69-15.

Impressively, Park Hills was able to score in a variety of ways. All told, the Rebels put the ball in the end zone 10 times, four on rushes, three via receptions including a pitch-and-hitch, a kickoff return, a punt return and even an interception return. They spread the ball out too, as eight different players were responsible for a touchdown. Stewart, Ty Schweiss, Wagner and Eli Rasnic all had interceptions.

With Fredericktown crossed off the list, Park Hills has advanced to the District Semifinals. Next up, the Rebels will square off against the number-three seeded Ste. Genevieve Dragons. The Rebels will host the Dragons next Friday, November 4th, six weeks from their previous encounter. In that one, the Rebels decimated the Dragons 45-3.

Park Hills will look to repeat that performance and check another box as they continue down the path to a tournament victory.