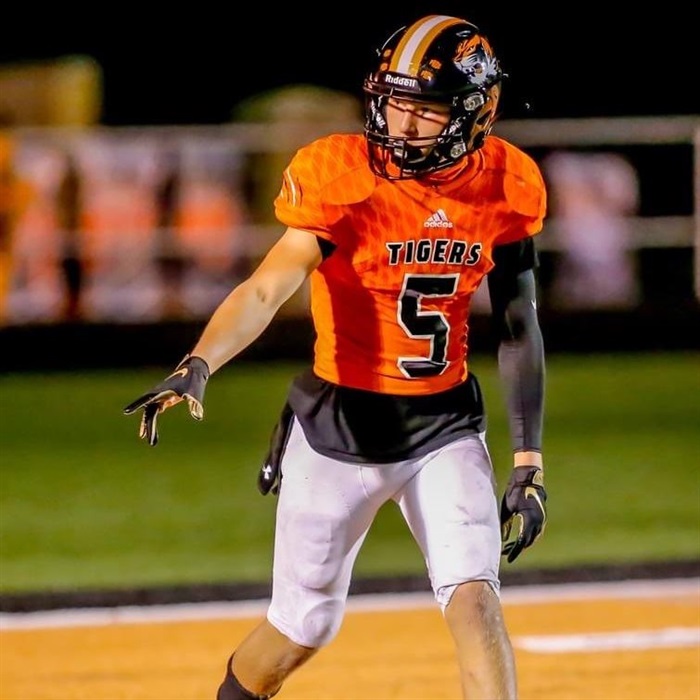 The Cape Central Tigers try to keep their season alive at home to start District play against Mehlville.

Confidence should be riding high for Cape Central as it enters postseason play.

The 6-3 Tigers are on a four-game winning streak, which earned them the third seed in Class 5, District 1. They will host 3-6 Mehlville this Friday night in a District Quarterfinal. The Panthers are the sixth seed and have won three of their last four.

Central has had a bounce-back season in 2022. But Head Coach Kent Gibbs squad has yet to beat a team with a winning record, going 6-0 versus teams below .500 and 0-3 against teams above the break-even mark. Granted those three teams are among the best in the area in Hillsboro, Park Hills Central and Jackson. Their combined record is 22-5.

The Tigers average more than 30 ppg in large part due to the play of the diminutive 5’5” running back Zai’Aire Thomas. The Sophomore capped a wonderful regular season with 166 yards rushing and two touchdowns in the win last week at Potosi. He enters district play 103 yards shy of 1,000 for the season. Thomas has been one of the top scorers in the area with 15 rushing touchdowns. But what makes him one of the most exciting players around is he also leads the Tigers with 407 yards receiving yards and five more scores.

Senior Clayton McClard has a team-high 25 catches this season and has found his way into the end zone four times, providing Central with the potential for explosive plays in the passing game behind the arm of quarterback Morgan Diamond. The Senior signal caller has completed 59 percent of his pass attempts for 1,053 yards and 13 touchdowns with just four interceptions. He can also be a threat in the running game with 287 yards on the ground.

While much of the attention on the Tigers’ offense centers around Thomas, and rightfully so. The defense has been more of a collaborative effort. Central allows 26.4 ppg. But, it’s been sort of a feast or famine situation with the team allowing 18 ppg in their six wins but 43.3 in the three losses.

McClard backs up his play on offense with a team-leading 67 total tackles on defense. Davarious Nunley is close behind with 61. T.J Mackins has gotten after the quarterback to the tune of five sacks, while Marshon Edwards has picked off a team-high three passes and Cayden Butler-Beuchaw has had a nose for the ball with four fumble recoveries.

Like Central, Mehlville has not defeated a team with a winning record.

It’s a team that struggles to put points on board with an average of just 10.1 ppg.

The Panthers have their own diminutive running back in 5’6” Freshman Jordan Hannam-Lewis. He does not have the statistical impact of a Zai-Aire Thomas on the other side of the field, but Hannam-Lewis leads the team in rushing with around 300 yards and Sophomore Jeremiah Shelton is a close second. But they’ve only combined for three touchdowns on the season. Senior Marvin Hall has only had 25 carries, but he leads the team with three touchdowns.

The Panthers don’t look to throw the ball much. Three quarterbacks have put the ball in the air this season with Sophomore Colin Clark being the most productive with both of the team’s scoring passes.

Defensively, Mehlville allows 28.9 ppg. Senior Jonathan O’Shea leads the team with 87 total tackles. But like Central, several players make an impact on this side of the ball. Junior Josh Winston leads the team with five sacks and another Junior, Mason Niehaus, is one to watch with four interceptions.

Cape Central hosts Mehlville Friday night at 7pm with the winner moving on to the District Semifinals on November 4th against the winner of the Oakville-Webster Groves contest.