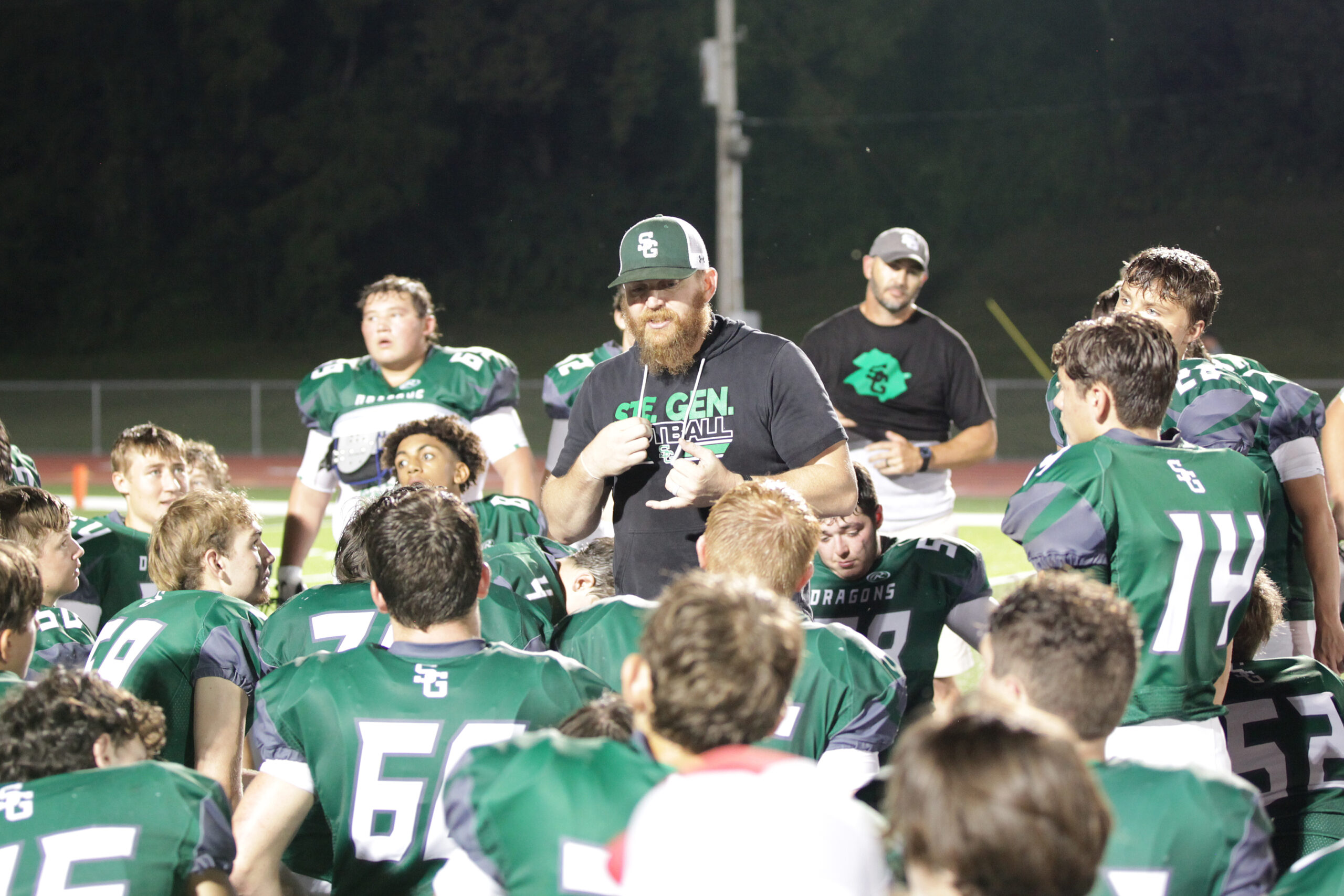 The Ste. Genevieve Dragons look to close out the regular season with a win over the Kelly Hawks.

The Ste. Genevieve Dragons are looking to close out their season on a high note this Friday as they host the Kelly Hawks. Ste. Gen is coming off of an exciting 41-34 win over the Jefferson Blue Jays that boosted their record to 6-2, in what has been by all accounts a terrific season.

In fact, the only two games the Dragons have lost this year came at the hands of rival powerhouses Valle Catholic and Park Hills Central. No one would begrudge them those defeats, seeing as those two programs are the gold standard when it comes to Class 3 in recent years. But, with those two losses Ste. Gen is pretty much locked in as the third seed in the District playoffs.

Still, they will want to give Kelly everything they’ve got on Friday regardless of seeding implications. A tune up before the playoffs to work out any bugs is always a good idea.

The Dragons are known for their arial attack, and they will likely lean on their stud QB Aiden Boyer once again if they’re going to knock off the Hawks. Last week he threw for a whopping 342 yards and three touchdowns, and found a new favorite receiver. Wyatt Springkamper emerged last week with 209 yards and two TDs through the air, so if these two are in sync again it should spell trouble for Kelly.

As for the Hawks, they will be looking to right the ship after they got dusted 42-0 last week against Portageville, dropping their record to 5-3. They are in a tight battle with the R7 Blue Jays for a higher seed in Class 2, so expect them to put it all on the line this Friday.

The Hawks have a Jekyll and Hyde type of offense, as they have the ability to put up big points, but have also been shut out twice this season, and have only scored 15 total points in their last three games combined. If they’re going to have a shot against the high-flying offense of the Dragons their Quarterback Skyler Still is going to have to step up.

While that will certainly help the offensive attack, Kelly is more known for their ground game. Ste. Gen is going to want to key in on Running Back Reece Eftink, who bulldozed his way to 192 yards and a touchdown in the Hawks’ last win. If the Dragons can shut him down, they should have this one in the bag.

It should be an exciting night of football regardless of how it shakes out. Kickoff is Friday, October 21st at 7pm.