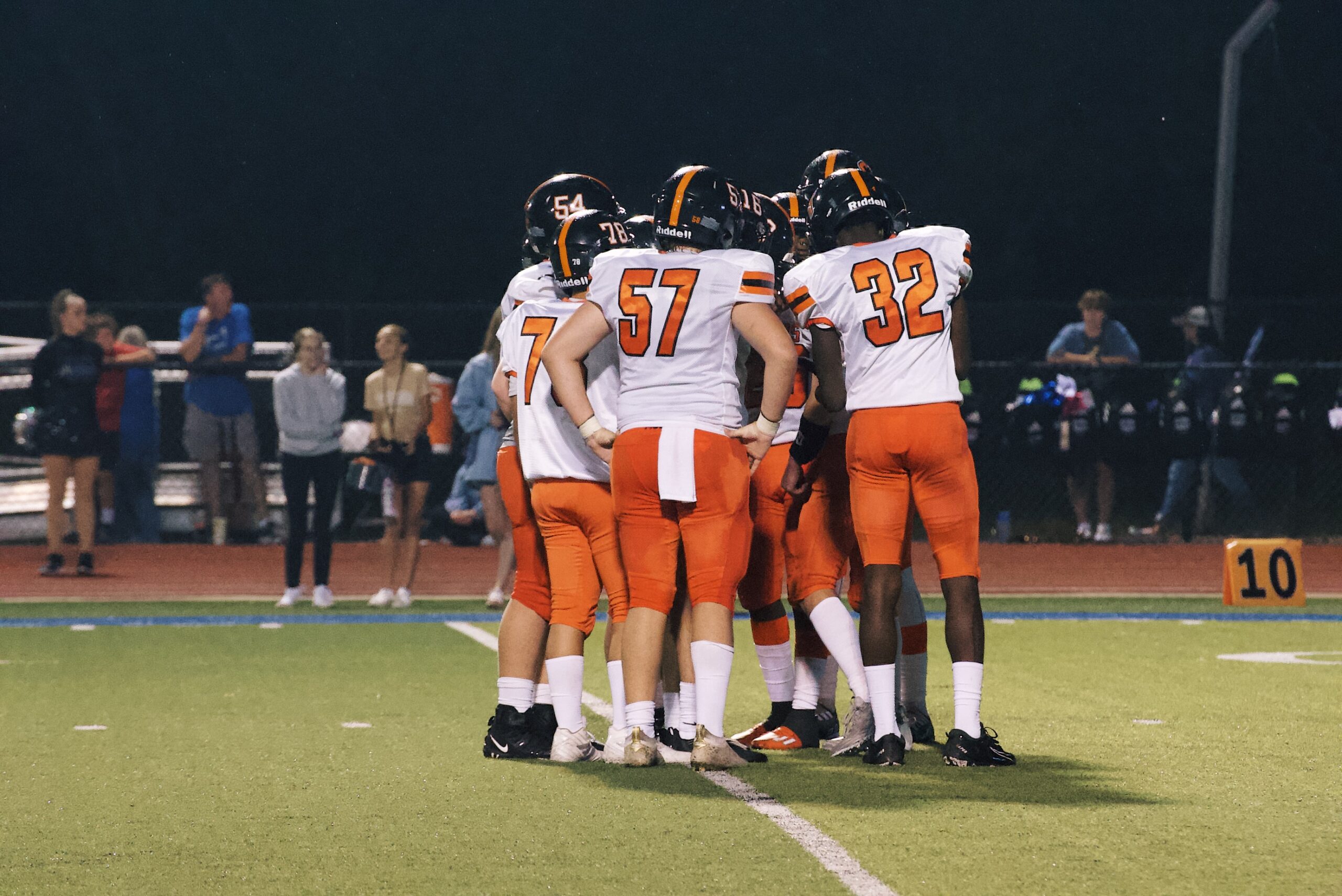 The Cape Central Tigers win the back-and-forth battle with the Farmington Knights to even their record at 3-3 on the season.

The Cape Central Tigers evened their record at 3-3 on Friday night as they used a touchdown with about a minute remaining to shock the Farmington Knights 35-32. A huge game by stud running back Zai’Aire Thomas and some clutch passing by QB Morgan Diamond allowed the Tigers to come out on top of this back-and-forth affair.

It was an inauspicious start for Central though, as Farmington turned a pair of rushing TDs into a 12-0 lead, which accounted for all of the scoring in the first quarter. The next frame would spout a change of fortune for the Tigers though, as Thomas ripped off his first of three touchdowns on the ground. On this one he broke loose for 62 yards and streaked into the endzone to trim the lead to 12-7.

Farmington fired right back though with a rushing TD of their own to replace those seven points and brought their lead back to 12. Thomas had something to say about that, as he punched one in from the one yard line after the Tigers marched down the field on the ensuing possession. That would cap the scoring for the first half and Central was very much back in the game at 19-14.

Farmington would take those points right back after the break though, as they continued to run the ball and penetrate the Tiger defense. This time it was a 37-yard bust-out that made the score 26-14. Trailing by 12 again again, Cape went back to old faithful, and he didn’t disappoint. Thomas rushed in his third of the game with a 15-yard scamper that trimmed the Knights’ lead to 26-21.

That swung the momentum the Tigers’ way, as Diamond hooked up Clayton McClard on a 27-yard strike to give Cape their first lead of the game at 27-26. That ended the scoring for the third quarter, but just set up the dramatic final frame.

Farmington would retake the lead with an unconventional (at least according to their game script) 32-yard touchdown through the air, but they failed on the two-point conversion, resulting in just a five point advantage. This left the door wide open for some last-minute Tiger heroics, and Diamond didn’t disappoint. The talented QB hooked up with wideout Marshon Edwards from four yards out and he busted into the endzone to put the Tigers ahead once again.

The cherry on top was the two-point try that McClard rushed in and put Central up by three. A field goal could tie it and, with about a minute left on the clock, the Tiger D had to step up and hold firm. They did just that, and snuffed out any chance of a Knights’ comeback to hold on for the 35-32 victory.

Head Coach John Gibbs commented on the game, saying, “For us, the game was a very meaningful one.  It’s really the first game where we were able to compete and kind of slug it out with a good football team. It was a really good team effort lead by many.”

Total team effort, but Diamond and Thomas were the stars on offense. Diamond was 12-of-20 for 223 yards and two TDs against one interception, while Thomas had the three touchdowns on 120 yards over just 14 carries. He also added 66 yards on three catches. Not to be outdone, McClard led the team in receiving with 134 yards and a TD on just six grabs.

Defensively, the Tigers bent but didn’t break and held down the fort when it mattered most. Davarious Nunley was a beast with 14 total tackles and a forced fumble, while Deklin Pittman had 10 total tackles, three for a loss, and scooped up the fumble for the only successful turnover of the game for the Tigers.

This was a banner effort on all fronts for Central, and they have to be thrilled to be back at .500 for the season. They’ll look to get over the median hump next week as they take on a beatable Sikeston team that just got abused by Jackson this week.