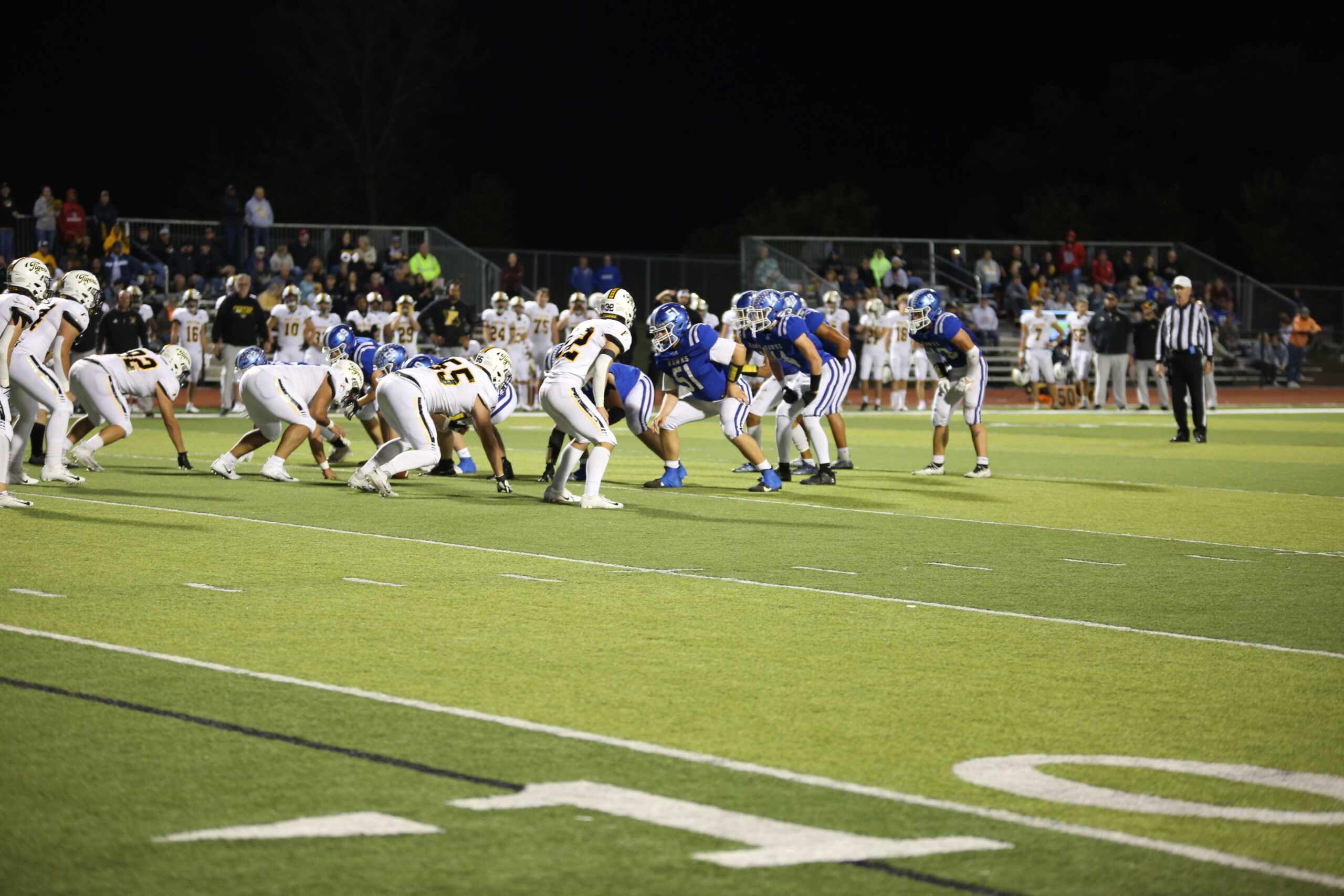 The Hillsboro Hawks move to a perfect 5-0 on the season after downing the Festus Tigers 58-21 in the Battle for Highway A.

The Battle for Highway A is always highly anticipated, but there was less drama involved this year than in years past. In the 2021 regular season the Hillsboro Hawks won a 34-29 stunner on the final play of the game to exact revenge on the Festus Tigers from the year prior. When the two rivals met again in District play, the Hawks took down the Tigers in a low-scoring affair, but things came much easier for the Hawks in the 2022 version of the yearly showdown. Hillsboro jumped out to a big early lead and kept their foot on the gas, despite a mid-game Tiger attempt at a comeback, and won the game 58-21.

The undefeated, State-ranked Hawks are a handful for any opponent, and Friday’s game at Hillsboro was no different. It was a relatively quiet first quarter, with both teams trading defensive stops, but the Hawks broke through at the 2:53 mark when Jaxin Patterson came through with a three-yard touchdown run for the only points of the opening frame.

They were just getting started though. Enter Austin Romaine. The stud two-way player ripped off a 19-yard run for a touchdown to put the Hawks up 14-0. Not to be out done though was Sophomore QB Preston Brown, who took it 76 yards to the house just three minutes later to put Hillsboro up by three touchdowns.

This was shaking out to be a back and forth situation internally for the Hawks, as Romaine answered right back with another rushing score, this time for 37 yards and a 28-0 lead. These two teammates seemed to just be trading off impressive scoring runs, and just like that Preston Brown decided it was his turn to tote the rock, and ran one in from 14 yards out with just 35 seconds remaining in the half, putting Hillsboro up 35-0.

At that point, Festus decided enough was enough and they got themselves back in the game. With time expiring in the half, QB Essien Smith found top receiver Arhmad Branch for a 28-yard strike, and just like that Tigers were on the board. Then, after the half time break, the Tigers defense forced a turnover and converted it into seven more points after co-QB Jeremiah Cunningham would find, who else but, Branch for a 14-yard catch and score to cut the lead to 35-14.

Sadly for the Festus faithful, that just poked the bear that is the Hillsboro running game. Preston Brown struck again with a 34-yard dash to the end zone that put the Hawks back up by four scores, and then the vaunted Hillsboro defense did what they do. With Festus controlling the ball on the ensuing possession, Smith backed up out of the pocket deep in his own territory, and the play went the wrong direction. Alex Medina closed in on him, chasing him into the end zone, and forced a safety to give the Hawks a 44-14 lead and another chance on offense.

Then another Brown found the endzone, but this time it was Pretson’s brother Payton Brown, who ran one in from 21 yards out. The Tigers got back on the board after that though, with Cunningham hooking up with Landen Yates for a 31-yard dart to cut the lead to 51-21 late in the third quarter. But then, the man who started it all put the final scoring touch on the game, as Patterson capped off the evening with a one-yard rushing score to make it 58-21.

Both teams failed to find the end zone in the fourth quarter, but the damage had already been done. This was the fifth consecutive win of the season for the 7th-ranked Hawks and dropped the Tigers to 2-3 on the year. It was also the fourth win in the last five games for Hillsboro against their rivals and marked the highest margin of victory in the rivalry since 2007, when Festus won 48-0.

For the Hawks, in the least surprising twist of the day, it was all about the ground game as they racked up 481 yards on the turf, highlighted by Preston Brown with 165 yards on 11 carries and Romaine, who came up just short of the lead, with 161 yards of his own on as many carries. The two combined for five of the eight Hillsboro touchdowns.

When asked about the big win, Head Coach Bill Sucharski was humble in his response, saying, “I thought our kids played really well in all three phases of the game. Minus our turnover to start the second half we did a good job controlling the clock and limiting the big plays on defense. Special teams did great in our kickoff coverage.”

As for the Tigers, Cunningham was the most effective QB in this one, going 15-of-19 for 134 yards and two scores, while leading the rushing attack as well with 38 yards. Smith was solid in the pocket as well with 67 yards and a TD in a 7-of-9 effort, and Branch was the big standout in the receiving game with 97 yards and a pair of touchdowns.

Hillsboro will look to keep their season perfect next week as they travel to Windsor, while the Tigers will attempt to rebound at home against a tough North County squad.