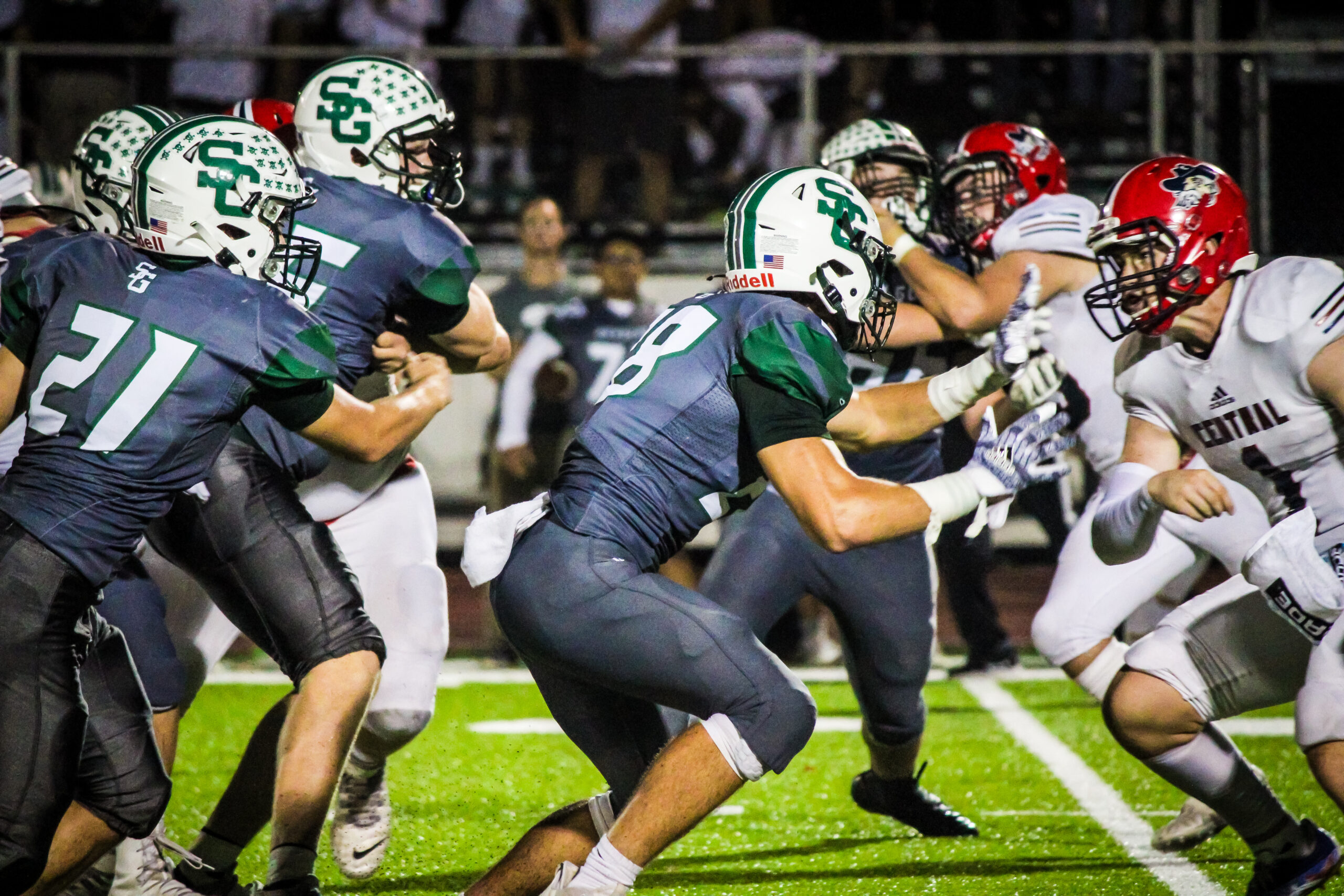 The Rebels will play host to the dangerous Dragons of Ste. Genevieve this Friday night in a Week 5 battle of two undefeated behemoths.

Once again, it’s almost Friday night and that means it’s time to preview another week of football action. This Friday, September 23rd, two juggernaut offenses will smash heads on the gridiron as the Central Park Hills Rebels will challenge the Ste. Genevieve Dragons. The Rebels will host the Dragons, as these two undefeated teams will attempt to remain perfect, and hand the other their first loss.

For the Central Park Hills Varsity team, this season has gone precisely the way Head Coach Kory Schweiss and the coaching staff have drawn it up. His team has executed the plans incredibly well, and the results speak for themselves as the Rebels are currently sitting at 4-0.

It’s been big win after big win this season for Central, who haven’t really been in any danger at any point, winning all four games by a minimum margin of three touchdowns (their closest coming last week in a 41-20 routing of Cape Girardeau Central). The offensive weapons boasted by the Rebels have allowed them to outscore their opposition easily, putting up 183 points while allowing only 68.

This week, however, will be their toughest challenge to date as Ste. Genevieve will come to town. The Dragons are also riding a hot streak and are feeling unstoppable with their current 4-0 record. Ste. Gen is touting a rather impressive offense themselves, so far scoring 219 points while allowing only 94. Not only that, Ste. Gen is scoring an average of 54 points a game, while Central is averaging only 44.

The Dragons are fresh off their most recent blowout victory, a 44-6 win over Fredericktown. It was a well-executed game for both the Ste. Gen offense and defense. Quarterback Aiden Boyer did it all, completing eight passes for 151 yards and carrying the ball himself another eight times for 179 yards and two touchdowns. However, the workhorse on the ground was running back Ayden Butcher, who ran the ball 17 times for 183 yards, and a whopping three touchdowns.

These two powerhouses haven’t faced any common opponents to date so it’s tough to gauge which team truly has the upper hand. However, the two-pronged offensive attack from Central is tough for any team to hold at bay. Last week, the team executed both quite effectively. In fact, Quarterback Casen Murphy led the team in rushing with 11 carries for 81 yards and a touchdown. He wasn’t the only ball carrier either. Hakin Wagner, Jobe Bryant and Kannon Harlow all added a rushing touchdown of their own.

The passing game was also impeccable. Murphy aired it out 17 times, 15 of which were completions, for 160 yards and a touchdown. His main target continues to be Bryant who led the receivers with 10 of those catches. Harlow, however, had the longest one of the night, a 51-yard catch from Murphy.

Without a doubt, something between these two schools will have to give. One team will get to keep their undefeated streak alive and the other will have to accept their first loss. With less than a week to prepare for the battle, both teams will be geared up to grind it out. This Friday, September 23rd, the Rebels will host the Dragons in what will certainly end up being a key game for both these two teams as the 2022 season continues.