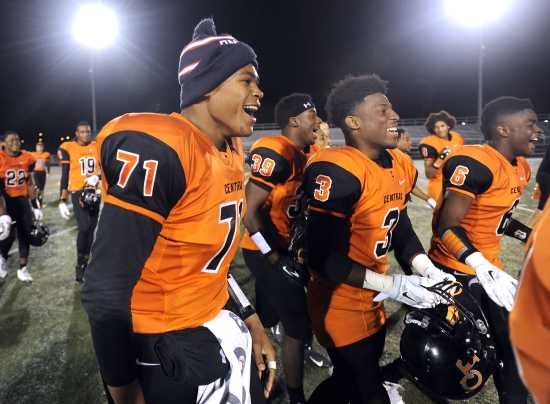 The Cape Central Tigers finally get their home opener in Week 4, but will have to take on the mighty Central Rebels out of Park Hills.

The Cape Central Tigers got back on the winning track in Week 3 with a victory over a winless Poplar Bluff team. To be fair, the Mules had to face undefeated juggernaut Park Hills Central (3-0), which was not a game they were going to win. And now the Tigers face that same challenge.

The good news for Cape Central is they will battle it out with the Rebels at home, marking the game as their home opener after winning two of their first three games all on the road.

Zai’Aire Thomas found himself back in the endzone against the Mules after being held under wraps in the blowout loss to Hillsboro. He scored both touchdowns for the Cape Central offense against Poplar Bluff.

The Tigers (2-1) must find a way to incorporate someone else in the offense that can find the endzone other than Thomas. Senior quarterback Morgan Diamond has played efficiently, but veteran Head Coach Kent Gibbs needs Diamond to play a bigger part in the Cape Central offense. Will Week 4 be when Diamond breaks out?

Other than the loss to Hillsboro in Week 2, the Tiger’s defense has looked very solid but will be tested again against Park Hills Central, who is loaded with offensive weapons such as quarterback Casen Murphy, running back Jalen Welch and a plethora of speedy wide receivers (most notably All-State stud Jobe Bryant) who can take any Murphy completion to the house. The Rebels also feature All-State offensive lineman Evan Weiss who recently returned from an injury.

In turn, Park Hills Central will take on arguably its toughest challenge of the season in Cape Central, who match up well with the Rebels’ speed.