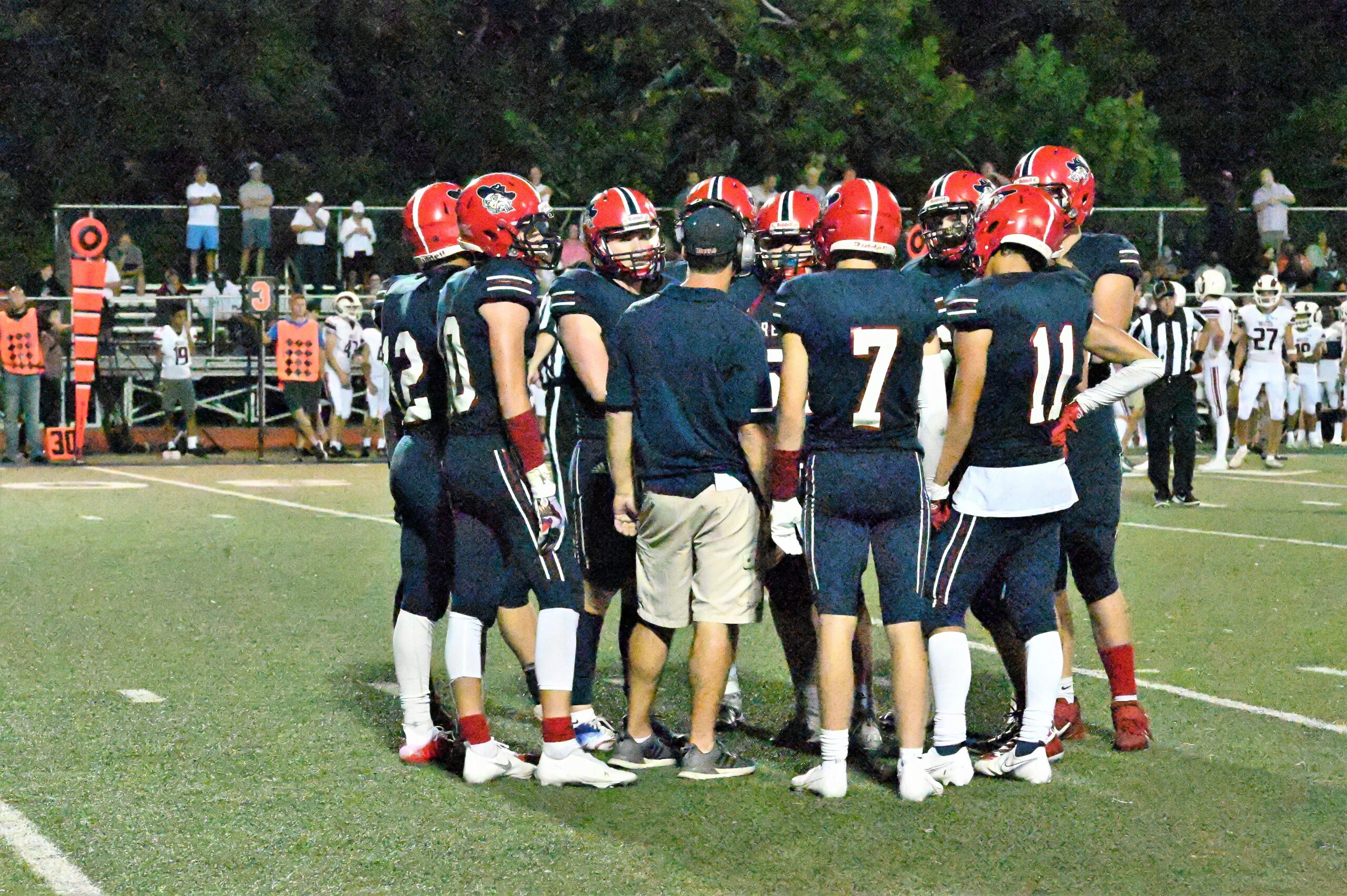 In their third consecutive blowout victory, the Central Rebels out of Park Hills run over the Trojans, executing an impressive eight-touchdown night.

It was another blowout victory for the surging Central Park Hills Varsity Football team this week as they hosted and then dominated Potosi. The Rebels routed the Trojans 55-20 in their third consecutive victory, keeping their  undefeated streak to start the season alive. Central has been seemingly flawless thus far and has rattled off 142 points while allowing only 48.

The game started with Potosi on offense which didn’t last long. Kendall Horton and Triston Stewart had back-to-back tackles behind the line of scrimmage to force an opening punt. After a nine-yard completion from Casen Murphy to Kannon Harlow and a 35-yard run by Jalen Welch, Murphy finished the drive with an 11-yard rushing touchdown. Mason Williams added the kick to make it 7-0 at 8:52 of the first quarter.

The next possession by Potosi didn’t end well for the Trojans either. Jobe Bryant picked off a pass and had a 45-yard interception return down to the 15-yard line. Murphy then completed the scoring chance by passing the ball to Bryant for those final 15 yards. Williams tagged on the kick to make it 14-0 with 7:44 remaining in the quarter.

Potosi was able to put a nice drive together on the next possession and capitalized with a five-yard touchdown run, cutting the Central lead in half to 14-7 and leaving 3:26 left on the clock.

On the next possession, Murphy hit Bryant for a 50-yard completion down to the 10-yard line on the first play. After a penalty, Murphy ran it in himself from the 15-yard line. Williams notched the kick to make 21-7 with only 1:45 remaining.

After quickly stopping Potosi to end the first quarter, Central took over in the second, and on the first play of the next quarter, Murphy again used his legs to score, this time from 40 yards out. With another Williams kick, the score was 28-7 with 11:47 left in the first half.

After a few first downs by Potosi, which ate four minutes off the clock, Central got the ball back after a Horton interception in the endzone. Central again capitalized on the first offensive play from scrimmage. Bryant this time took the handoff and went 80 yards for the touchdown. Williams drilled the kick for a 35-7 lead with 7:35 still to go in the half.

Potosi couldn’t seem to maintain possession for very long. After another interception, this time by Harlow, Murphy hit Caden Casey for a 74-yard touchdown on the drive’s first play. At 42-7, this game was well in Central’s control still with 6:11 on the clock in the second quarter.

After Central made another defensive stop, the Rebels took turns giving guys some touches as Murphy, Harlow, and Hakin Wagner each moved the ball on the ground in big chunks. Welch was able to finish the drive off with a seven-yard touchdown run with just 47 seconds left in the half. Williams added his seventh consecutive good extra point, putting the game well out of reach for the Trojans.

Potosi coughed the ball up one final time in the half, as Sammy Callaway recovered the fumble with seven seconds to go before halftime. Mercifully, Central decided to take a knee instead of running one more play.

With a 42-point lead at the half, Central started with their back-ups in the second half. With Potosi keeping their starters in and scoring twice and going for onside kicks, Central decided to run their starters back out there and Murphy was able to add another rushing touchdown late in the game to cap the final score at 55-20.

This game had to be seen as a rounding success for the Rebels. Head Coach Kory Schweiss noted, “It was awesome getting All-State lineman Evan Weiss back in the fold. It was his first game back of the season.”

The rushing attack was not to be outdone by Murphy passing the ball. Although he only threw it seven times, he completed six for 191 yards and two touchdowns. He personally had a combined six touchdowns, four rushing, and two passing.

On a final note, Schweiss added, “We played well last night. Our starters only ran 21 offensive snaps and yet we scored eight touchdowns.” In fact, Central had four scoring drives that lasted only one play a piece. It was without a doubt an impressive showing for the whole district to see.

Coming up, in a doppelganger match, it will be Central versus Central as Park Hills will take on Cape Girardeau in a non-district match. Cape Girardeau is fresh off of a nail-biter victory over Poplar Bluff 14-7, a team that Park Hills handled with relative ease in week one, 29-7. However, the season is still in its infancy and anything is possible when these two teams face off next Friday, September 16th at Central in what will no doubt be a thrilling Week 4 match-up.