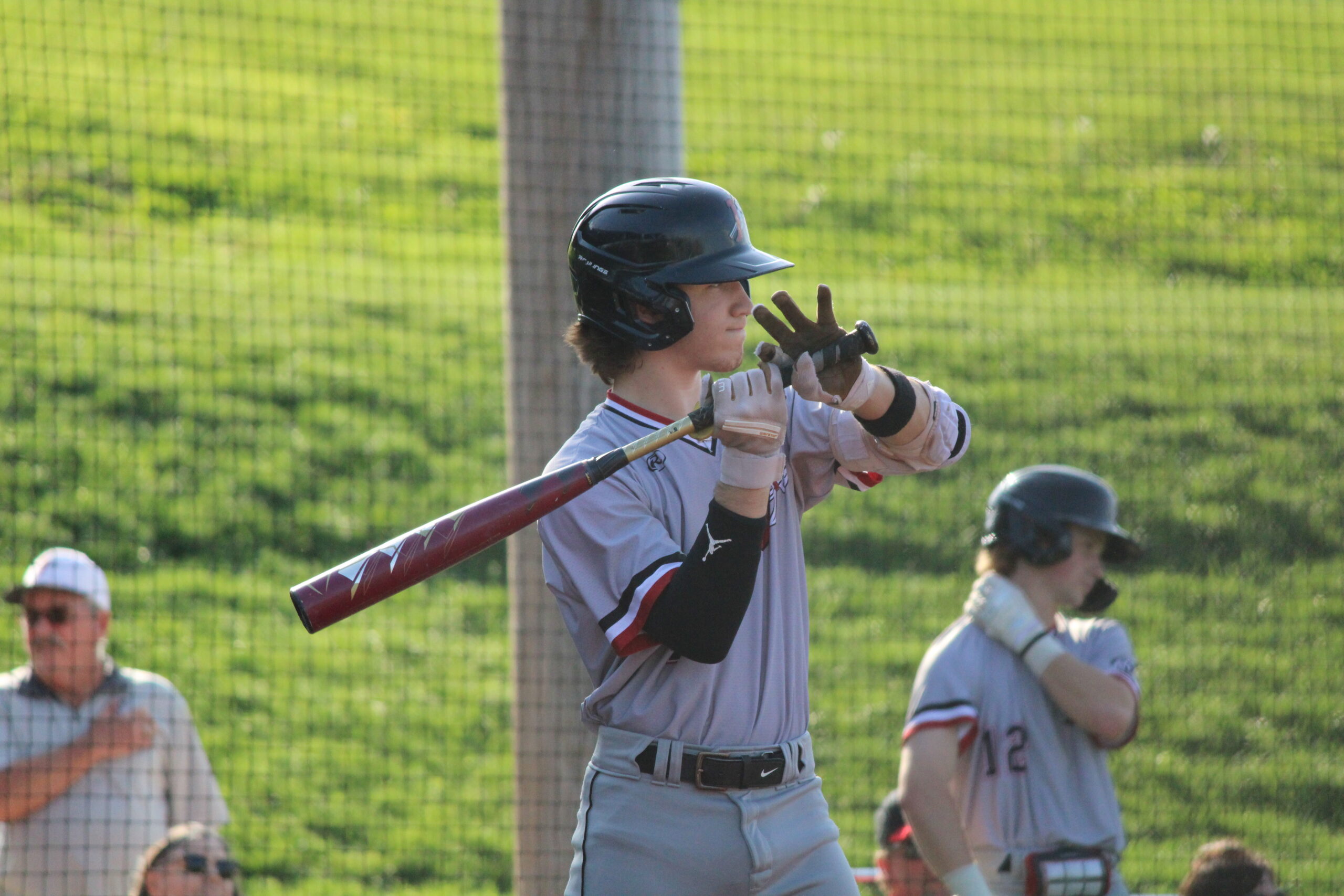 The Jackson Indians fall to Poplar Bluff but rebound with three consecutive wins, including a double-header sweep of Lafayette.

The Jackson Indians had an uncharacteristic clunker on Thursday, but rebounded with three big wins over the weekend. The 15-3 Varsity squad fell 8-1 against Poplar Bluff before dispatching Ste. Genevieve en route to a double-header sweep of Lafayette. Thursday’s loss showed the team’s human side, but the followup just further cemented why the Indians are one of the most dangerous teams in the state.

Thursday’s game against the Mules was a forgettable one. The Indians managed six hits, but could only scratch out one run and committed three costly errors, falling to a surprising Poplar Bluff outfit. Henley Parker and Jack Wyatt each recorded two hits and Carson Hartlein scored the lone Indian run. Ace JP Sauer was on the mound and had a rare subpar outing, allowing four earned runs over four innings with five walks and seven Ks. The loss dropped Jackson to 12-3.

The Tribe didn’t have time to sulk though, as they were slated to play three more games in the next two days. Good teams put the losses behind them, acting like they never happened, and that’s exactly what the Indians did. They bounced right back on Friday against Ste. Gen, but it took a bit to get things going.

The Dragons popped a two-run homer in the bottom of the third inning to take a 2-0 lead, but Jackson answered back in the top of the fourth with a booming two-run shot of their own off of the bat of Baden Hackworth. Apparently that looked like so much fun that in the next inning Caden Bogenpohl decided that he wanted a two-run round tripper to center as well. The big slugger was dialed in and his frozen rope gave the Indians a 4-2 lead that they would hold on to, to take home the W.

Bogenpohl was a beast at the dish, going 3-for-3 with two runs and two RBI. In fact, his performance combined with the Hackworth homer were the only hits for the Indians all day. Pitching was the X factor in this one though, as Kaden Kendle went the distance, scattering five hits and a walk over all seven frames while fanning six along the way. It was the dominant effort that Jackson truly needed on the bump.

The next day the Indians traveled to St. Louis to take on the always dangerous Lafayette Lancers. In the house that Ryan Howard and David Freese built, the Indians showed they are not to be trifled with. Despite things seeming relatively quiet through the first four innings, with Jackson clinging to a 1-0 lead, the Indians had seen enough and decided to break the game open.

A two-run bomb by Parker kicked off the inning and set the stage for Bogenpohl to blast another one, this time a solo shot to right. An RBI single by Logan Bruns and a bases loaded walk from Kyle Richardson capped off the fifth-inning scoring and left Jackson with a 6-0 lead.

The Lancers fought back with four of their own in the sixth, but the Indians put the game to bed in the top of the seventh with another crooked number on the scoreboard. It was Parker again, this time with a three-run shot to left, and the Indians managed to hold on with a 10-5 victory.

Parker had two hits in this one, and both of them went for round trippers, which included five RBI. Bogenpohl had two hits as well, including his solo shot, and Quinton Borders had a nice day with two hits, a double, an RBI and a stolen base. Cayden Drum got the start and allowed four runs over 5.1 innings with seven punch outs and Cameron Marchi came in to close out the final inning and two-thirds, allowing just one run on three hits and a walk.

The second game of the double-header wasn’t quite as close, and that was just fine by the Indians. They got the scoring started in the third with a Parker RBI-double and a run-scoring single from Wyatt before blowing it open in the fourth. A two-run double from Clayton Ernst and another single from Wyatt that plated two put the Indians up 6-0.

Lafayette had two men cross the plate in the bottom of the fifth, but the Indians answered right back. Wyatt was at it again with another RBI base knock and Borders followed suit before a timely balk make it 9-2. Fittingly, the final runs of the game came off of the bat of guess who? Wyatt drove in two more with yet another single in the seventh and the Indians cruised to a 12-3 victory.

Wyatt went 4-for-5 in this one and racked up six RBI. He also scored a run and added a stolen base for good measure, making him the focal point of the offense all game long. On the other side of things, Bogenpohl sparkled on the mound. He went five innings, allowing two runs on two hits and a walk, and fanned 11 batters to earn the win.

The Indians are now 15-3 and are rolling once again. The three-game win streak after a tough loss showed moxie and resilience, and they will look to keep the line moving on Monday as they take on their Indian counterparts from Kennett.

Check out the feed on Jackson’s live stream page.