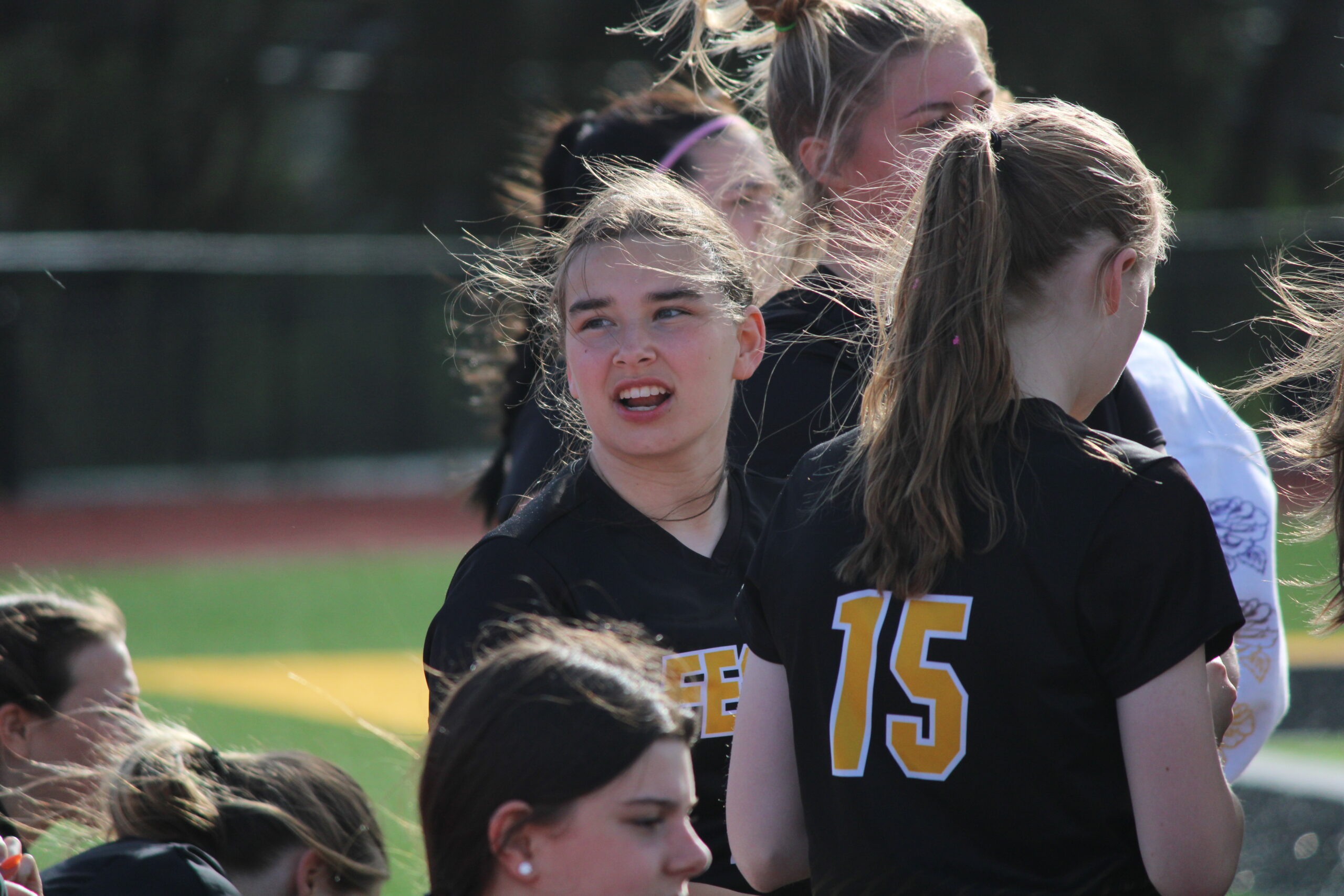 The JV Tigers played three games en route to bringing home the championship trophy from the DeSoto Invitational Tournament, setting the tone for the rest of the season.

With the first half of the Spring sports calendar finished, all teams are looking ahead, and plotting their course to finish strong. The Festus Girls Junior Varsity Soccer team played three times last week in the DeSoto JV tournament, and have seemingly found their way. The Tigers tied a tough Windsor team and then won two games, a blowout over DeSoto and a hard-fought victory over St. Pius in the championship game.

On Monday, April 11th, the JV Tigers challenged the Windsor Owls in the opening round of the tournament. Festus dominated a wet and rainy match and were able to score early in the first half, putting the Owls on their heels. Kyley Bayer took a crisp pass from Caitlynn Johnson and found the back of the net with a blistering shot, putting her team up 1-0. The Tigers continued to own the time of possession and outshot the Owls 15-1. Unfortunately, a defensive miscommunication provided Windsor with an own-goal, tying the game 1-1, which would end up as the final score.

The next day, Festus took on the host team, the DeSoto Dragons, in second-round action. Unhappy with the results from the previous evening, the Tigers unleashed a scoring flurry on their foes, winning 8-0. Riley Vogel turned in an incredible performance, netting four of the eight goals, including the nail in the coffin with the eighth goal that ended the match via the mercy rule.

Also finding the net, Sophie Hensley rallied for two goals in her stand-out performance. With one goal apiece, Johnson and Bayer also made their presence felt, playing well for the better part of 80 minutes. Plenty of other players earned assists, including Riley Zustiak, Shyanne Hofmeister, Brynn Moonier, Hensley, and Johnson. Also contributing, Delaney Schmitt, Cece Meppiel and Zoe Erxleben handled the defensive side of the ball, earning a shutout victory for their team.

After a rest day on Thursday, the Tigers then faced off against a quality St. Pius team in the finals of the tournament, on Friday, April 14. This game was a battle with both squads playing tough defense. Having lost to St. Pius just one week ago, 2-0, Festus was seeking a bit of revenge. The Tigers got on the board first with a corner kick from Schmitt. Allyson Roberson went in hard to take the cross and hammered a goal home to grab a 1-0 lead. However, that was all the offense either side was able to muster through the first 40 minutes.

In the second half, St. Pius finished an offensive possession with a goal to tie the game 1-1. That was all St. Pius would get, as fearless defensive play from goalkeeper Mady Geiler kept the game knotted as regulation expired.

With the game and tournament championship on the line, the Tigers battled through the first nine plus minutes of golden goal time, staving off a few intense scoring chances from St. Pius. Countering, Vogel made a run on the net and was fouled hard leading to a Festus free-kick from 30 yards out. With a defensive wall blocking her vision, Moonier, a midfielder, laced an immaculate dipping shot that cleared the wall and snuck under a diving St. Pius goalkeeper, to ripple the twine, ending the match. Festus charged the field and mobbed their heroic player, as the Tigers hoisted the championship trophy.

It was certainly a game to be remembered. Thrilled with the outcome but wanting to give appropriate recognition to his athlete, Head Coach Caleb Zustiak said, “Vogel was our most valuable player without a doubt. She played almost the entire game and was our most tenacious offensive threat, creating scoring opportunities for herself and others, including the final goal.”

It was just one year ago, in this same tournament that Festus found themselves playing to a tie in a consolation game. Since then, the Tigers have made immense improvements in not only their passing and ball control but in their finishing abilities as well. Coach Zustiak has seemingly hit all the right buttons and given his team an opportunity to grow. With a just under half the season left, the Tiger’s success is now lighting their path.