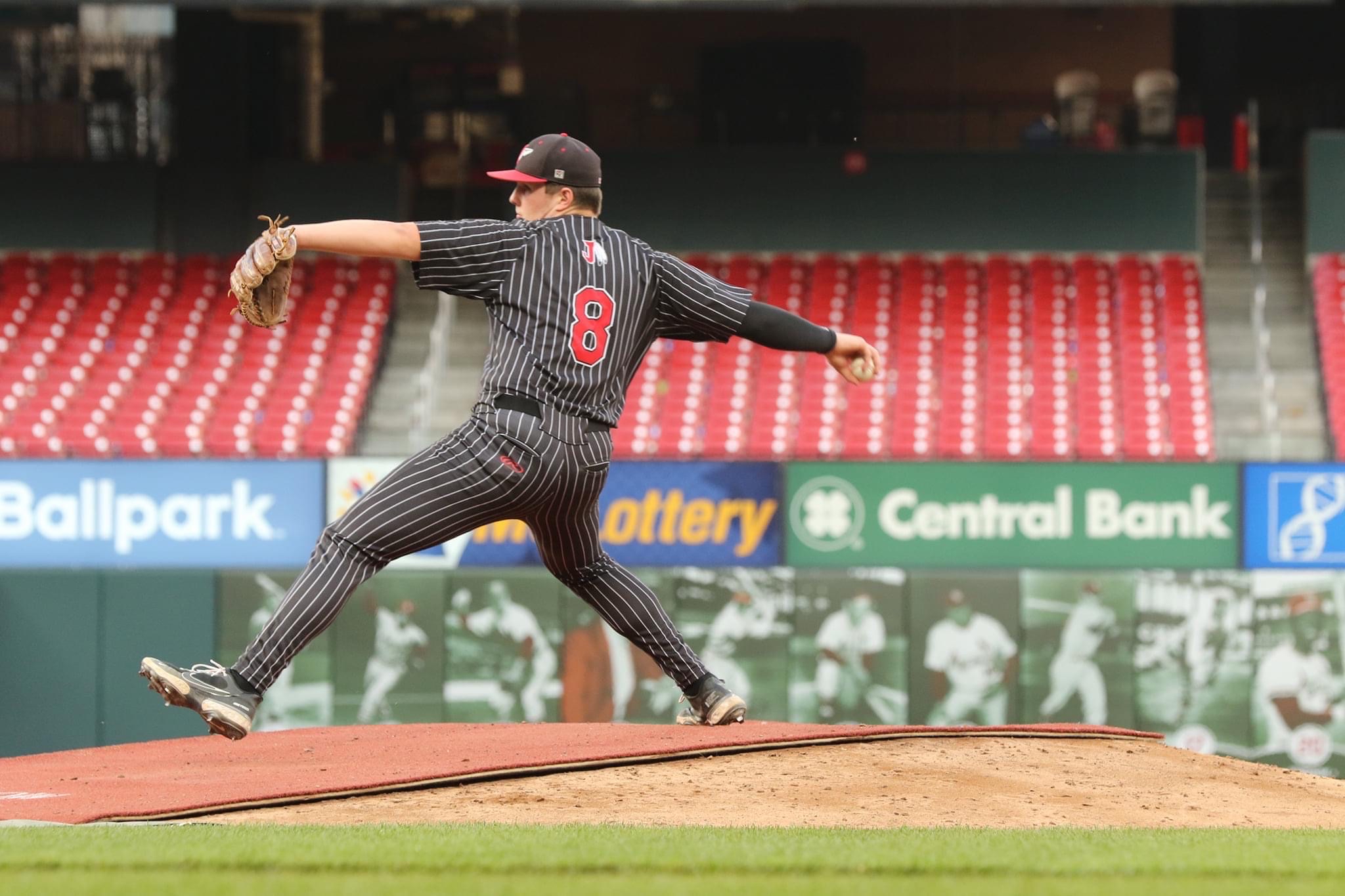 The Jackson Indians fall to the Edwardsville Tigers on Sunday, but walk away with the experience of a lifetime.

On Sunday, April 10th, the Jackson Indians Baseball team got to live out every young ball player’s dream as they took to the field at Busch Stadium. It was an incredible experience for these athletes and their friends and families, even if the actual game didn’t go according to plan.

After the Cardinals and Pirates had cleared out, the Indians, the Edwardsville Tigers and about a thousand fans and onlookers got to experience having the run of the mill at a Major League ballpark. The players got the full big-league experience, complete with their own walk-up music, instant replay on the Jumbotron and all that comes with the golden voice of John Ulett, the Cardinals PA announcer.

The game started off with Jackson threatening to score with runners at the corners and just one out after a triple and a walk, but the Indians failed to manufacture that run home from third. Then in the bottom half of the inning, the Tigers broke out for six runs that were fueled by a pair of costly errors. Then after a scoreless second inning top to bottom, Edwardsville came back with another six-spot in the third to pull away with a 12-0 advantage.

Because the game was on a time clock, there was no mercy rule in effect, so the teams were allowed to keep playing after five innings. This gave Jackson the opportunity to get all of their players in to experience playing in Baseball Heaven. Those reserves even broke through in the sixth inning with three runs on a walk, a double and a pair of singles. It didn’t get them back in the game, but it had to feel good to put a crooked number up on the scoreboard.

Edwardsville came back with six more in the bottom of the seventh, and then the game was called due to time with the lopsided score sitting at 18-3. Still, it was more the experience than the result that mattered in this one, and thankfully, games like this don’t affect Jackson’s season or State Title hopes in any capacity.

The Tribe only managed five hits in this one with Quinton Borders leading the way with a triple in his two at-bats. Carson Hartlein had an RBI double in his lone plate appearance, Landon Watkins and Grant Dotson had RBI hits as well and Tyler Malugen collected the other hit for Jackson. On the bump, Cayden Drum got the start, but was chased after two innings, allowing six runs (four earned) on three walks and four hits. Cameron Marchi came in relief and suffered the same fate, surrendering six runs on eight hits and a pair of walks in his two frames. Owen Evans and Clayton Ernst mopped up the remainder of the innings to combine for another six runs on five hits, two walks and three hit batters.

Certainly not how the Indians drew it up before the game started, but this was still a magical day for the program and an exciting experience for everyone involved. Jackson will likely be looking to make a statement in Tuesday’s game and get back to their winning ways, which is bad news for the Cape Central Tigers.

Follow all the action live at 4:30 on Jackson’s livestream page.