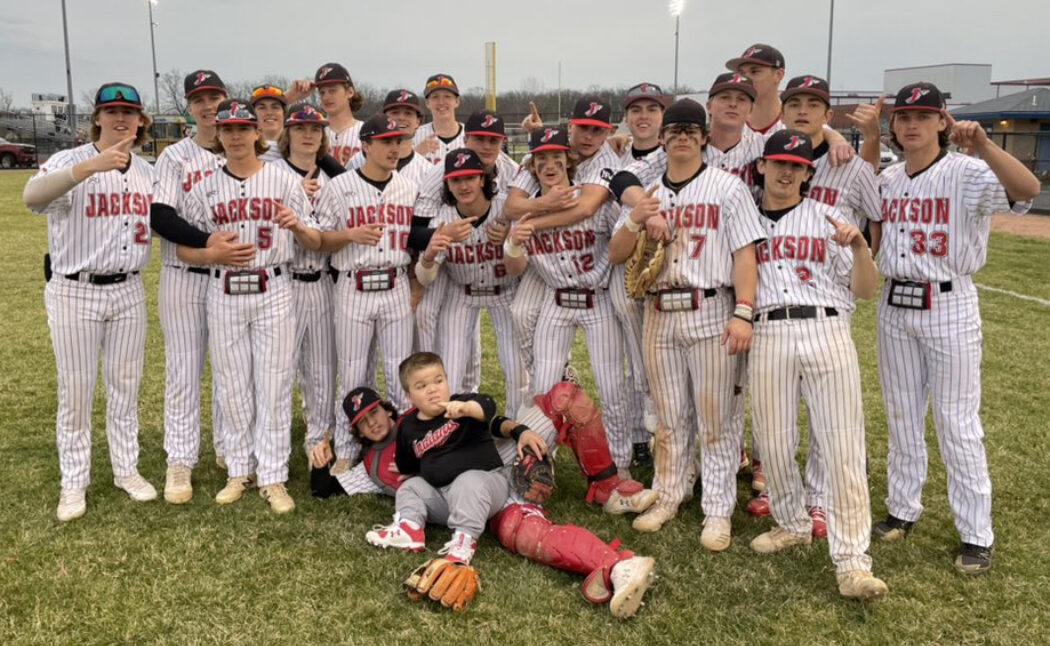 The Jackson Indians sweep their Saturday double-header and are ready to roll against the Edwardsville Tigers at Busch Stadium on Sunday.

With a pair of games to gut out before Sunday’s big show, the Jackson Indians didn’t miss a beat on Saturday in their tuneup double-header. Taking on Ladue and Rockwood Summit, the tribe had zero issues wiping out the competition with 13-1 and 8-0 wins respectively. Now sitting comfortably at 9-1, they can set their sights on Baseball Heaven.

The game against Ladue was essentially over as soon as it started, thanks to a ridiculous 9-run first inning. The visiting Indians used a cavalcade of walks and HBPs to compliment three doubles in the nine-run onslaught, and set the stage for an easy victory.

The Rams scored their lone run in the bottom of the first, but had no answers beyond that. The Indians tacked on another four tallies in the third inning for good measure and then rode out the next two until the mercy rule kicked in. They took the game 13-1 and bumped their season record to 8-1 in the process.

Caden Bogenpohl led the charge offensively with a pair of doubles and three RBI in his perfect 2-for-2 performance at the plate. Quinton Borders and Jack Wyatt were the other two Indians with multiple hits, while the team racked up 10 total to pair with five walks en route to their 13 runs.

On the mound, Kaden Kendle went four strong and picked up the win after allowing just one unearned run on five hits and a pair of walks against four strikeouts. Borders locked down the final inning with a scoreless frame and two punch outs.

The second game of the double-header didn’t seem a whole lot different from the first, at least in terms of Jackson dominance. The first two innings were uneventful, but the Indians broke through in the third with a pair of runs on a Clayton Ernst 2-RBI single. They added another on a double steal in the fifth and were more or less in cruise control at that point.

For good measure, Jackson tacked on five more in the top of the final inning to nail the coffin shut convincingly. Two doubles and two singles did the trick and the tribe was suddenly celebrating an 8-0 victory and a DH sweep.

Henley Parker had himself a game with a pair of hits and three RBI, while Ernst picked up a pair of hits and a three-spot in the RBI category himself. On the mound JP Sauer continued his stretch of dominance with 5.2 innings of shutout ball and fanned eight against three hits and three walks. Baden Hackworth came in to save the win for Sauer with a perfect inning that featured a pair of Ks.

To say the Indians are dialed in would be an understatement, but that’s pretty much been the theme this year. They’re now 9-1 on the season and have a date with destiny at Busch Stadium on Sunday against the Edwardsville Tigers. Here’s to hopefully celebrating on the diamond in the house that Pujols built.

Catch all the action on the Jackson LiveStream page.