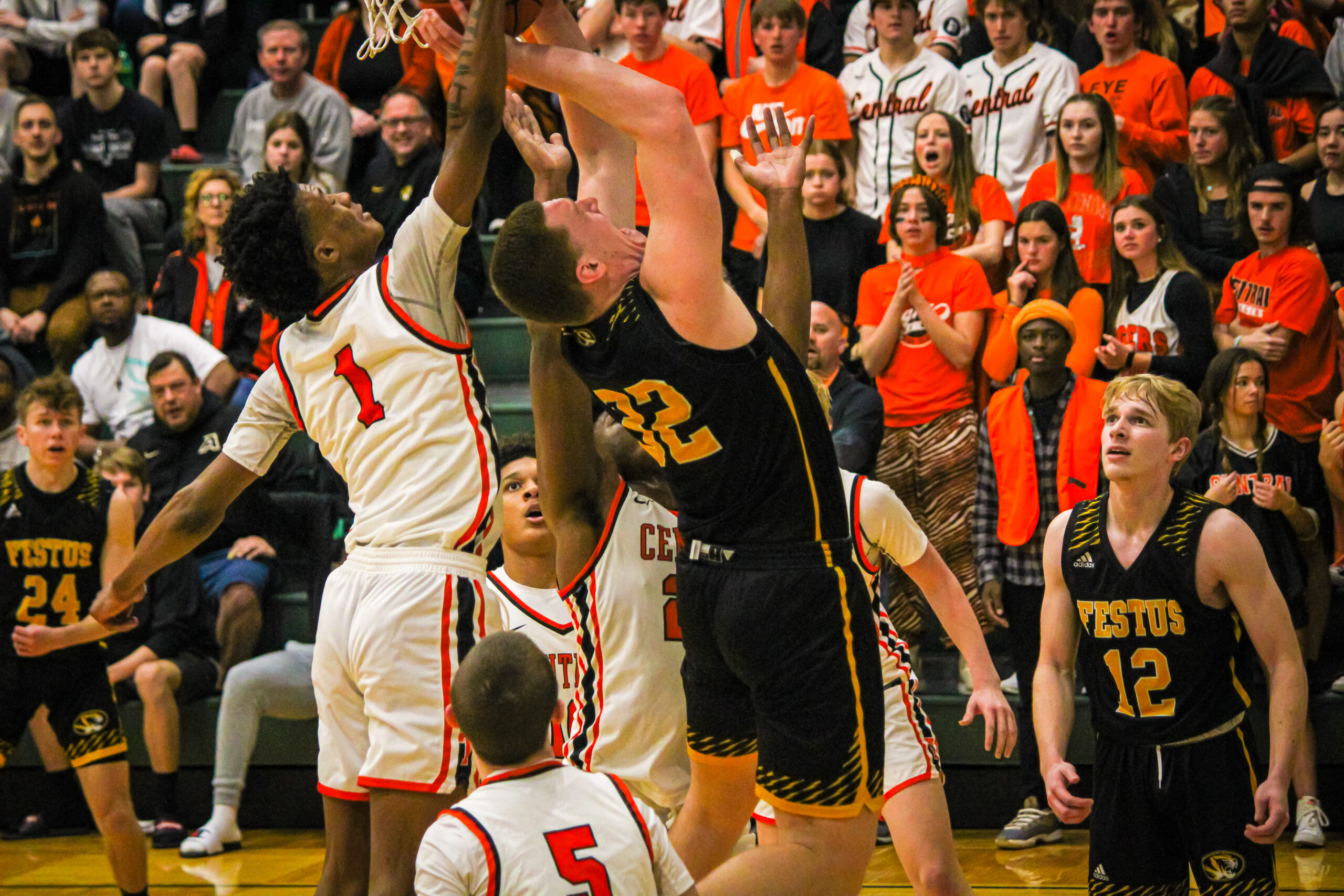 The Festus Tigers end their fantastic season as they fall to Cape Central in the District Championship game after a tough 45-44 loss.

The Festus Tigers’ incredible season came to a grueling halt on Friday night as they fell against the Cape Central Tigers on a last second shot that wouldn’t fall. Vying for the District Championship, these Tigers squads gutted out an intense back-and-forth game, but in the end it was the big cats out of Cape Girardeau that took down the District Title with a razor-thin 45-44 victory.

The game kicked off with Central on a tear, as they went up 11-3 after the first quarter, but some foul trouble to a pair of key players left the door open for Festus to climb back in the game. Climb they did, as they erased the eight-point deficit and then some with a 14-4 second quarter to take a 17-15 halftime lead.

With the offense seemingly back on track, Festus seemed prime to take over the game, but the Central Tigers had other plans. They bounced back with a vengeance and steamrolled the third quarter, much like they did the first, with a 14-5 effort. This gave them a seven-point lead heading into the final eight minutes, and set the stage for either a Festus comeback or gut-wrenching defeat.

Festus was determined, and when the final quarter started they went on a blazing run led by Cole Rickermann. He nailed a pair of field goals, two enormous three-pointers and sunk four free throws for an incredible 14 points in the final frame to give Festus a chance for victory. But with Central going ahead by a point in the waining seconds, the Tigers couldn’t find the twine on their final attempt as the whistle blew and they fell 45-44.

Despite the loss, Rickermann led all scorers with 23 points and nearly brought the Tigers back from the doldrums. Arhmad Branch was next in line with seven points, followed by Collin Weinhaus and Eric Ruess with six of their own. It was a strong game across the board for the Tigers, but they just couldn’t get that last one to go in.

Missing the final shot of the game is never easy, especially when a championship is on the line and the fate of your season lies in the balance, but the Tigers of Festus battled hard against a tough opponent and  should feel no shame after a laudable season. The Conference Champs certainly had State Title aspirations, but should feel proud of their 2021-22 achievements.

In fact, Rickermann and Branch were named First Team All-Conference players, Ruess was named to the second team and Weinhaus and Connor Westhoff were given honorable mention. Not to gloss over the fact that Rickermann was named the overall Conference MVP and Head Coach Jason Therrell was named Conference Coach of the Year.

Coach Therrell commented on the season as a whole, saying, “I just want to say that I am incredibly proud to coach my team. They gave everything they had and left it all on the floor. They should have zero regrets, and they had a great season. I appreciate everyone of them and all the fans who supported us this season. ”

The Festus Tigers have a treasure trove of memorable achievements for this season that they can look back on, and while the Seniors will move on to the next chapter, the remaining squad will become the leaders of the future. And will likely have their sights set on making another laundry list of proud moments next season.

Congrats Tigers on a banner year.