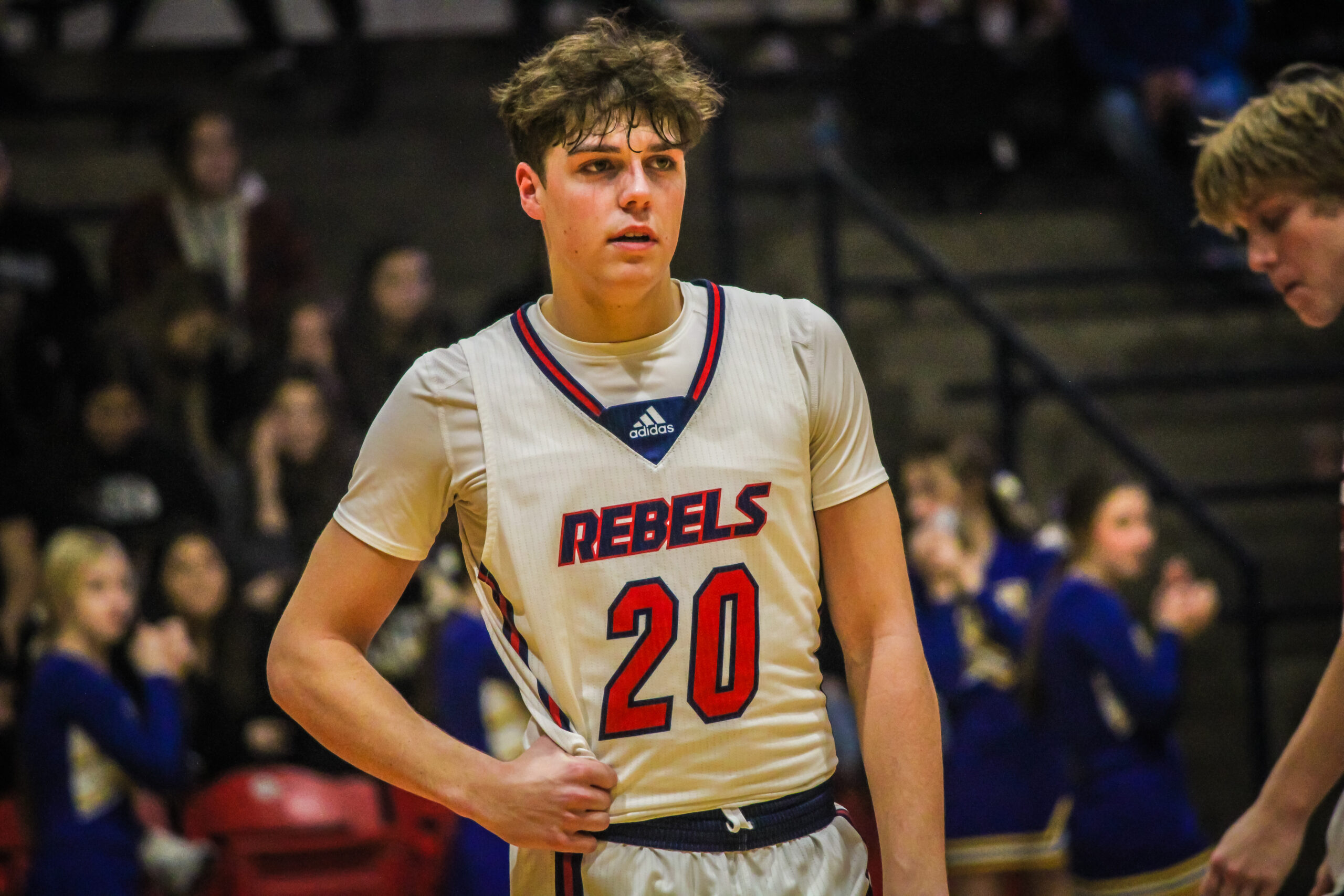 Park Hills Basketball Cools Off in Loss to Cape

The Rebels take one on the chin in their final game of the regular season, losing to Cape Central 76-58, and hope that they can quickly regroup before districts.

In the final week of the regular season, the Park Hills Central Varsity Basketball team picked a bad time to get cold. Coming off a couple of strong wins in their last two outings, the team looked primed and ready to take on all comers in districts. However, in the only game of the week, the Rebels ran into the Tigers from Cape Girardeau Central where they were handily defeated 76-58.

The game on Tuesday, February 22nd opened hot for both schools, with Cape gaining an early one-point lead, 18-17, after the first eight minutes of action. That distance didn’t last long as the Tigers opened up the gap quite a bit more in the second quarter, putting up 19 to the Rebels’ 11, giving them a nine point half-time lead, 37-28.

Park Hills’ offense just wasn’t clicking in its usual way, which allowed Cape to pull ahead big as they posted a remarkable 27-point third-quarter. In the fourth, the Rebels attempted a comeback, managing to score 19, but it was too little too late as the Tigers cruised to the finish line with an 18-point lead.

There weren’t a lot of highlights on which to focus in this game, with the exception of one outstanding performance. The Rebels leading scorer was Jobe Bryant, who gave it everything he had, and tallied up 30 points. Kendall Horton and Caden Casey both contributed as well, scoring eight and seven points respectively.

With the loss, Park Hills’ season record drops to 17-5. Although the defeat doesn’t make a difference in terms of District Tournament seeding at this point, it certainly has stopped any momentum the team was hoping to take into the postseason. The Rebels will play their first district game on Monday, February 28th, against the winner of Herculaneum and Fredericktown.

Park Hills Basketball Cools Off in Loss to Cape