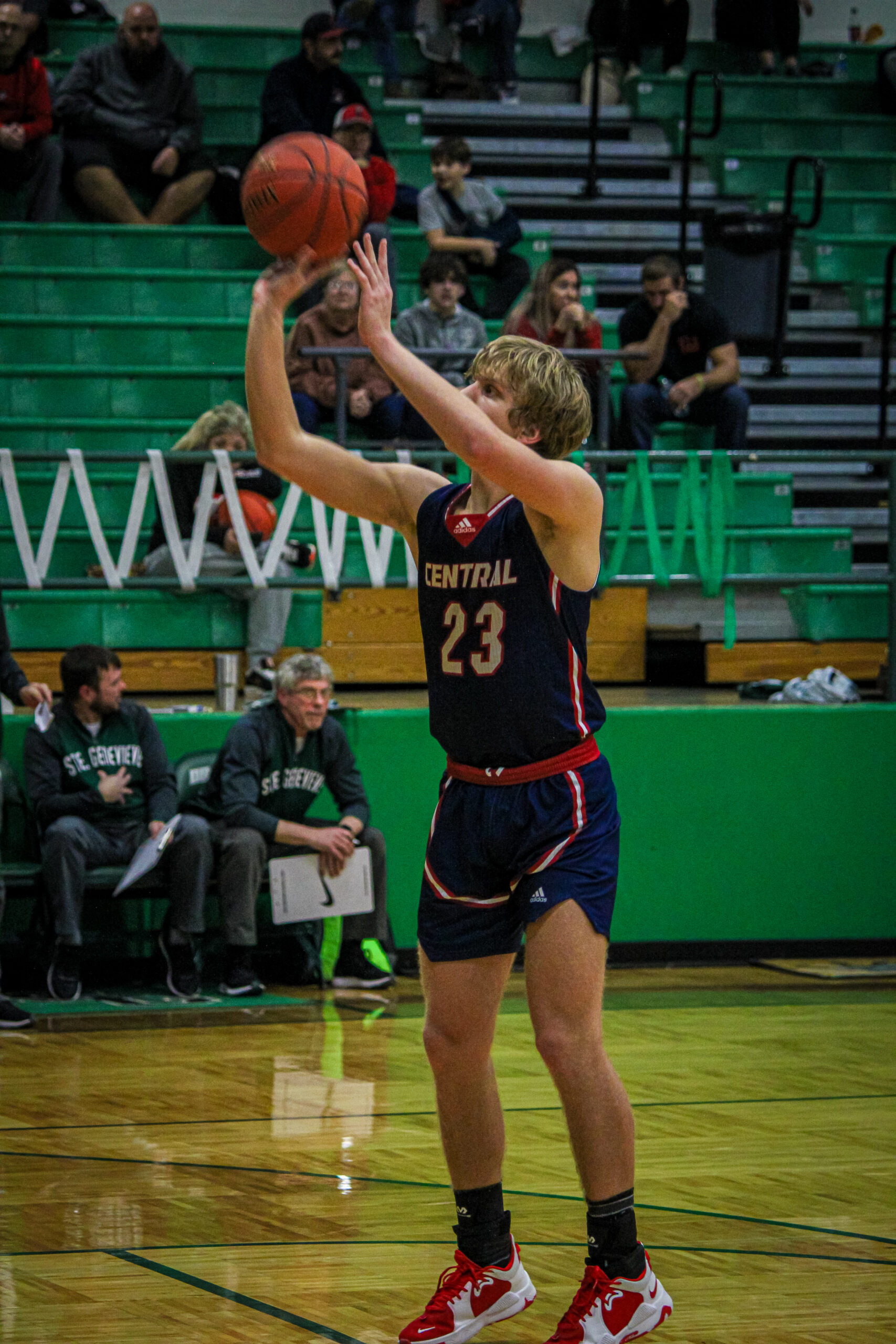 The Park Hills Central Boys Varsity team wasn’t playing around on Tuesday, as the Rebels decimated the Tigers 87-59 as the season nears its end.

It was a relatively quiet week of basketball action for the Boys Varsity team of Park Hills Central. The Rebels competed only one time as the winter 2021-2022 regular season winds down. Last Tuesday, February 15th, Central continued their dominant play as they trounced Arcadia Valley by the score of 87-59.

After finishing a disappointing third in last week’s conference tournament, Central took out their frustrations on the unsuspecting Tigers of Arcadia. The Rebels came out with guns blazing and went off with 21 points in the first quarter, while holding their foes to only 13. The second quarter was even bigger for the team as they ramped up their efforts to score 26, while holding Arcadia to 12, making the first half score 47-25.

Having the game well in hand, Central continued to stay hot as they put it out of reach with 22 more in the third. The Rebels took their foot off the gas in the fourth quarter, but still added 18 points, to give them an impressive 28-point victory. The Team shot 65% from inside the three-point line, and ripped 16 steals.

Three Sophomores did the most damage for Central. The first was Jobe Bryant, who was absolutely undeniable offensively, as he shot 80% from the field for 27 points. He also unselfishly contributed eight assists and picked up two steals. The next was Caden Casey, who also had an outstanding game, scoring 14 points, including two big buckets from beyond the arc. Kannon Harlow also played solid basketball, adding 12 points to the total. Junior Tristan Stewart had a nice defensive performance with eight rebounds, four assists and five steals.

Coming up for the Rebels will be two away games this week, which include a trip to Cape Girardeau to take on Cape Central, and then another bus ride to Popular Bluff to challenge the Mules. Potentially, the team could have a third game on Saturday against Dexter, but that has not yet been confirmed. The team is looking to sharpen their teeth in the final week of the regular season before entering the District tournament, where the 18-4 Rebels have high hopes to bring home the Championship and advance to the State Tournament.