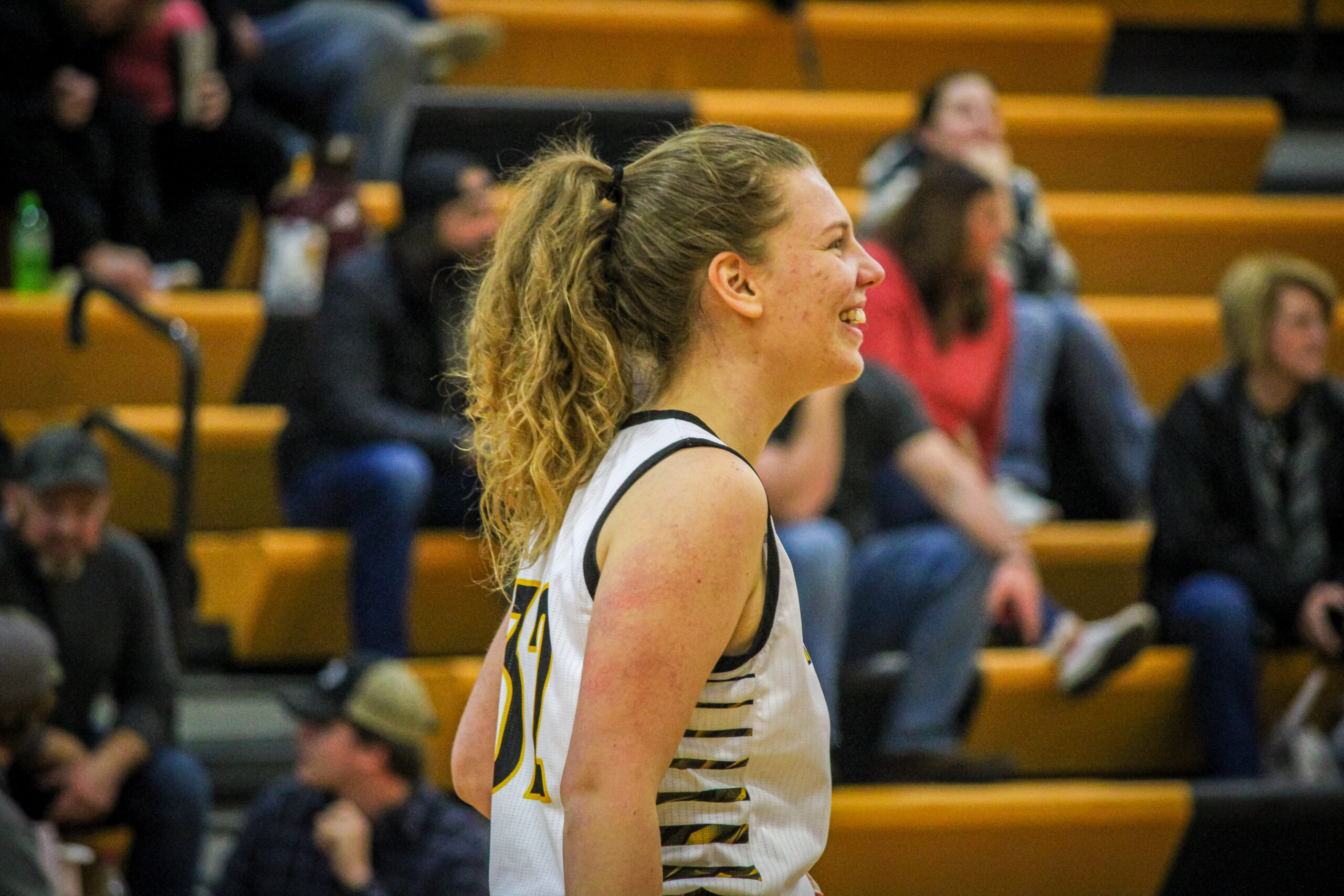 The Lady Tigers of Festus move to 14-6 on the season after dismantling the Fox Warriors in their only game of the week.

The Girls Varsity Basketball team out of Festus made a statement in their only game this week, as the Lady Tigers dominated the Fox Warriors 55-27. The win was Festus’ second consecutive since a tough loss against Saxony Lutheran and bumped their record to 14-6 on the season.

There would be no denying the Tigers’ dominance in this one, and that was as clear as day after the first eight minutes. Festus, helped by nine first-quarter points from Josie Allen, put up a 22-spot and held the Warriors to just seven. That game script flowed into the second quarter as well as the Lady Tigers poured in 16 more and kept Fox to single digits once again to take a commanding 38-14 lead into the half.

Head Coach Steve McFarland had nothing but praise for his girls in this one, saying, “It was another good start to the game both offensively and defensively. Defensively our perimeter defenders kept the shooters from spotting up while our inside defenders kept the ball out of the paint and controlled the boards. We created easy baskets early with our full court press.”

Those easy baskets kept coming early and often after the break as well as the Tigers drained another 16 in the third quarter while holding the Warriors to just five. After the first 24 minutes of play the deal was all but sealed, and Festus eased up on the gas in the final frame. Fox held the Tiger subs to a solitary point and managed eight of their own, but the game was long out of reach already. It wound up being 55-27 when it was all said and done and Festus had another dominant win in the books.

Allen was the star in this one as she filled up the boxscore with 18 points, eight rebounds, five assists and three steals. She was paced in points by Kinsey Benack, who had 17 of her own and also eight boards and a team-leading four steals. Mya Courtois was the only other scorer who hit double digits with her 13 points and Emily Holt was the top rebounder with 10 to lead all players.

Commenting on the overall effort, Coach McFarland said, “We played a pretty complete game and were able to get several players into the game at various times.”

That complete team effort now has the Tigers sitting at 14-6 on the year as the regular season draws to a close in the near future. The game against Hillsboro this week was rescheduled due to inclement weather, so the Tigers will get a break to fine tune a few things before taking on Windsor on 2/10.