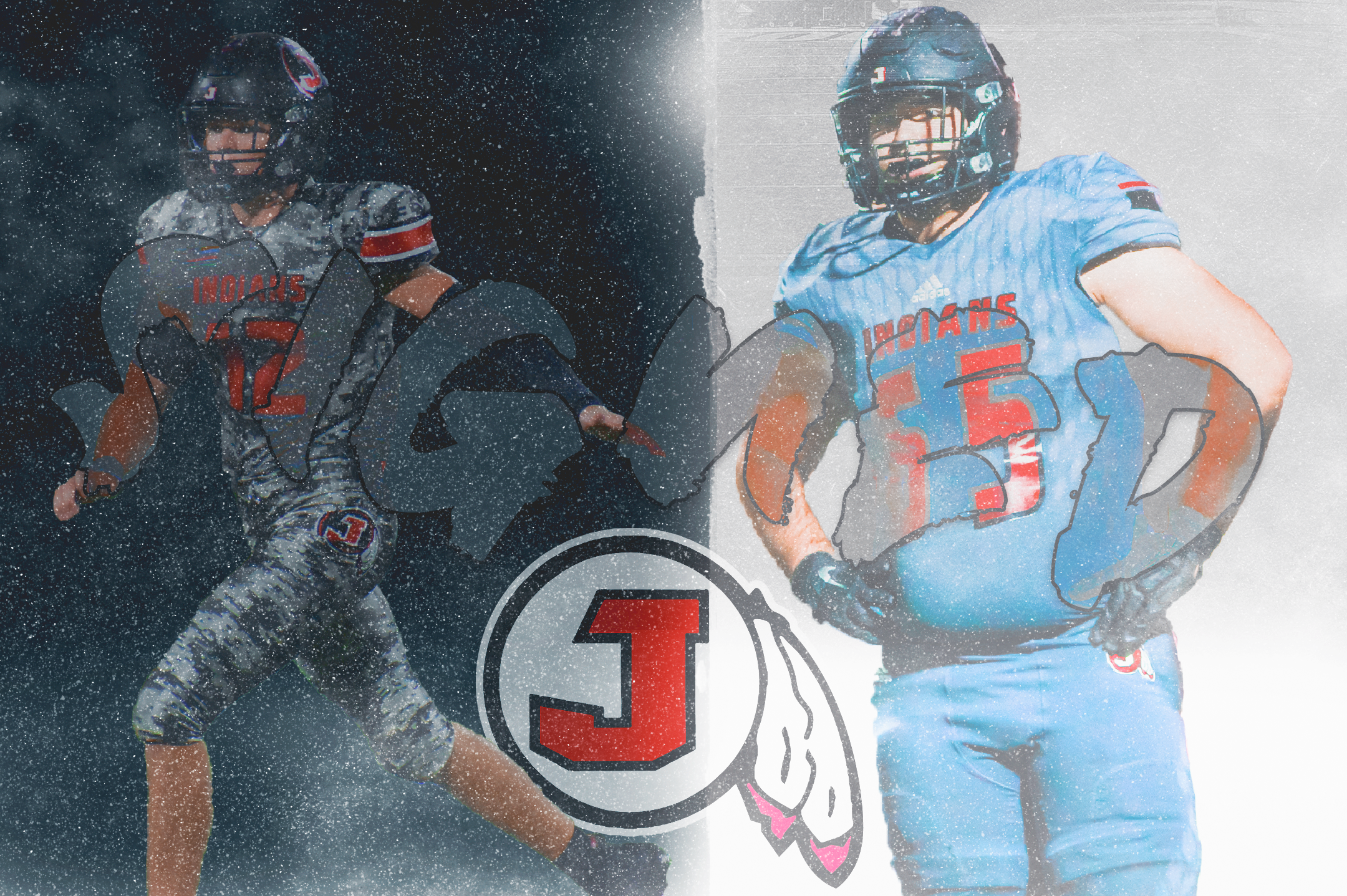 Blake Blackman and Liam Bryant of the Jackson Indians have signed their letters of intent to play football at the next level.

Coming off yet another incredible season, it’s no surprise that the Jackson Indians boast two more players heading to play football at the next level. Offensive Lineman Liam Bryant has committed to Avila University and Defensive Back Blake Blackman is heading to Culver-Stockton College. Both athletes had incredible High School careers and have made droves of family, friends and fans incredibly proud.

Blackman, an irreplaceable member of the Indians’ vaunted defense, was key in Jackson’s success the past four years, which included four consecutive perfect regular seasons, four district Championships and a State Championship.

His Head Coach, Brent Eckley, who considers him one of his favorite players of all time, had this to say about the talented young defender, “Blake was a three-year starter in the secondary for us. One of his best highlights is from the state championship game as a sophomore, he made an interception and returned it for a touchdown. He played through a shoulder injury his junior season. He’s been a steady player for us and a great leader. He’s been on our leadership council for 2 years and has been willing to fill any role with our team and help any young player we’ve had.”

Coach Eckley followed up with how the Indians used a talent like Blackman throughout the season, saying, “Blake has been one of the few kids we’ve had that practices on both sides of the ball.  I felt our team was better with him helping the defense. He could have been a really good receiver for us as well.  Blake is a big physical defensive back.  He could develop into more of a linebacker at the next level.”

As for Bryant, he was just as instrumental in the Indians’ success during his tenure, but on the other side of the ball. The All-State, All-District and All-Conference Guard is one of his Head Coach’s all time favorites as well, and should see continued success at Avila.

Coach Eckley shed some light on why he was such a big part of the football culture at Jackson. “Liam was also a three-year starter for us.  He’s started at guard all 3 years. He’s also been on our leadership council for multiple years, and is one of the best leaders we’ve had since I’ve been here. He fought through a back injury as a sophomore and missed several games, but has learned our offense very well and could play any of the five offensive line spots. He also helped us for a few plays as a defensive lineman.”

Bryant caught Eckley’s attention as a person and locker room presence as as well. His Coach had this to say, “He’s been great at helping young kids with drills, organizing group activities and even giving young players rides. He’s also a member of our wrestling team and a highly ranked wrestler, as he’s qualified for the State Tournament as a heavyweight.”

Both of these young men have a bright future ahead of them, and we at Ameritime Sports are thrilled for them and their families. Congratulations to Blake and Liam on incredible High School careers and good luck on the brightly lit road ahead.

Coach Eckley closes it out best by saying, “Both of these guys will be missed greatly by many in our program. I joke with them regularly that they’re going to miss me/us. It’s the other way around. They are both great kids.”