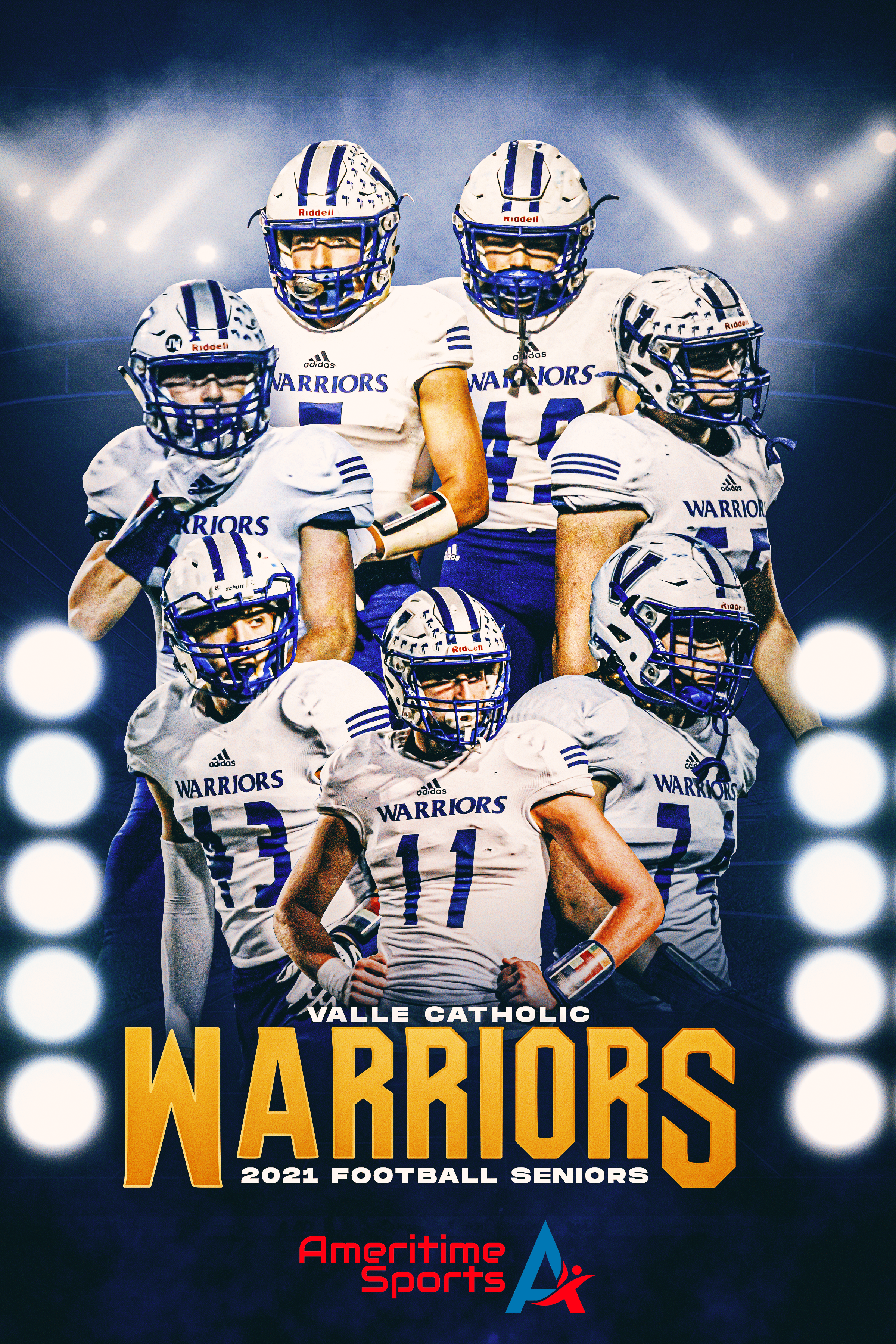 Congratulations to all the members of the Valle Catholic Warriors Football team who earned accolades for the 2021 season.

Here at Ameritime Sports we feel that there is no such thing as too much recognition for the special talent that we cover, so we’re going to continue to brag on these boys. Without further ado, here are your Valle Catholic Warriors All-State, All-Region and All-District award winners for the 2021 season.

The Warriors are one of the most revered, historic and formidable programs in the state, and their 2021 season did nothing to disprove that legacy. They accomplished yet another undefeated regular season and made it all the way to the District Finals. The program also celebrated its 600th win in its history, which could not have been accomplished without a litany of incredible individual achievements from this year’s roster. It was a memorable year for these young men to say the least.

Congratulations to these Warriors and their families for these noteworthy accomplishments, and good luck to all in their bright future endeavors.