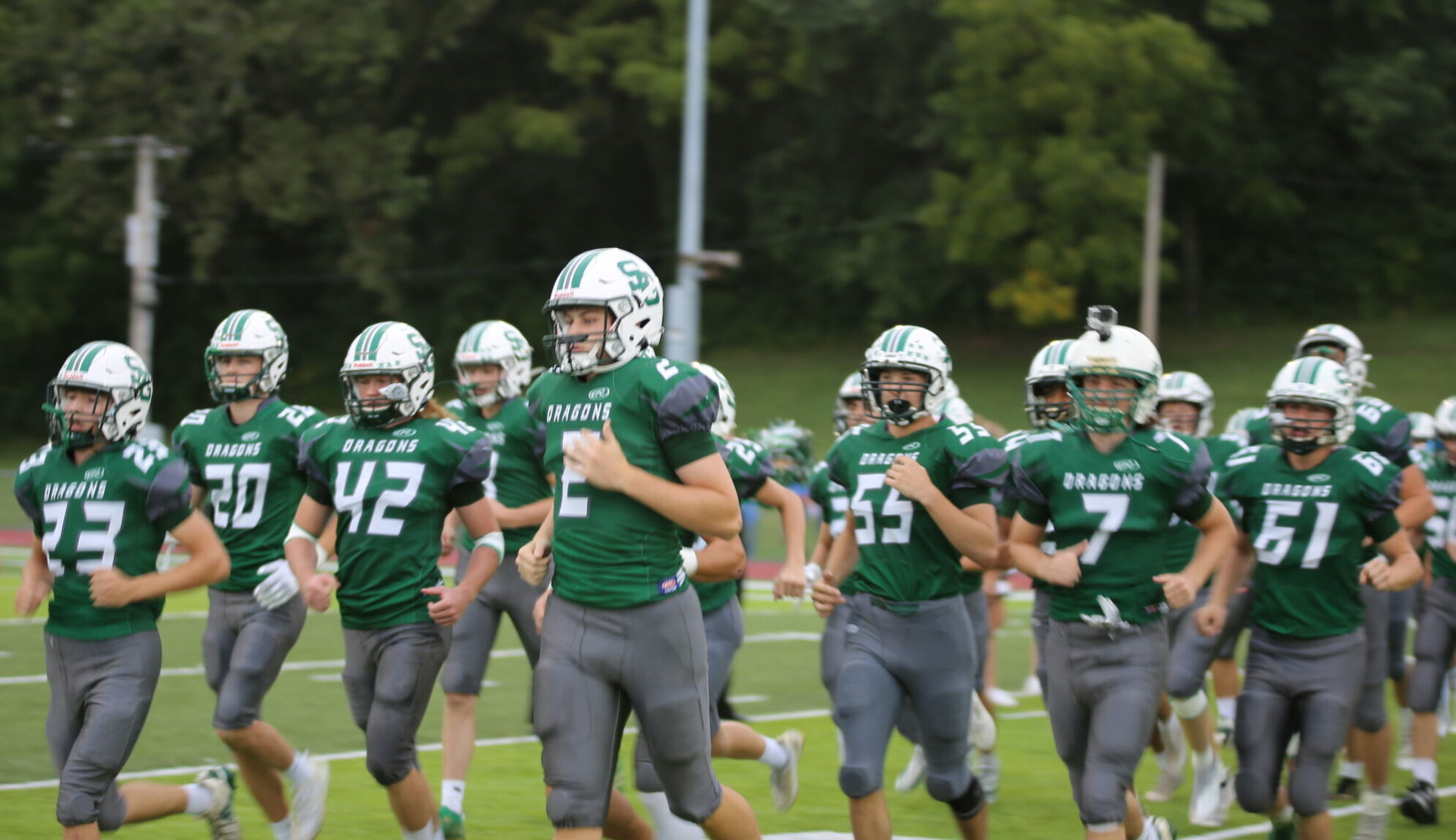 Congratulations to all the members of the Ste. Genevieve Dragons Varsity Football team who earned accolades for the 2021 season.

Here at Ameritime Sports we feel that there is no such thing as too much recognition for the special talent that we cover, so we’re going to continue to brag on these boys. Without further ado, here are your Ste. Genevieve Dragons All-State, All-Region and All-District award winners for the 2021 season.

The Dragons came into 2021 armed with a new Head Coach and a new system, looking to rewrite last season’s forgettable campaign. Well, they did just that. Ste. Gen finished with a 7-3 record, cruised through the regular season and dominated their first playoff game. Their season came to a close in the District Semifinals, but it was one they could certainly hang their collective hat on, and they couldn’t have gotten to where they did without plenty of incredible individual achievements from their standout players. The Dragons saw six of their players awarded All-District honors, 13 named All-Region and three who were named to the All-State team.

These exceptional young men are listed below:

Congratulations to these Dragons and their families for their noteworthy accomplishments, and good luck to all in their bright future endeavors.