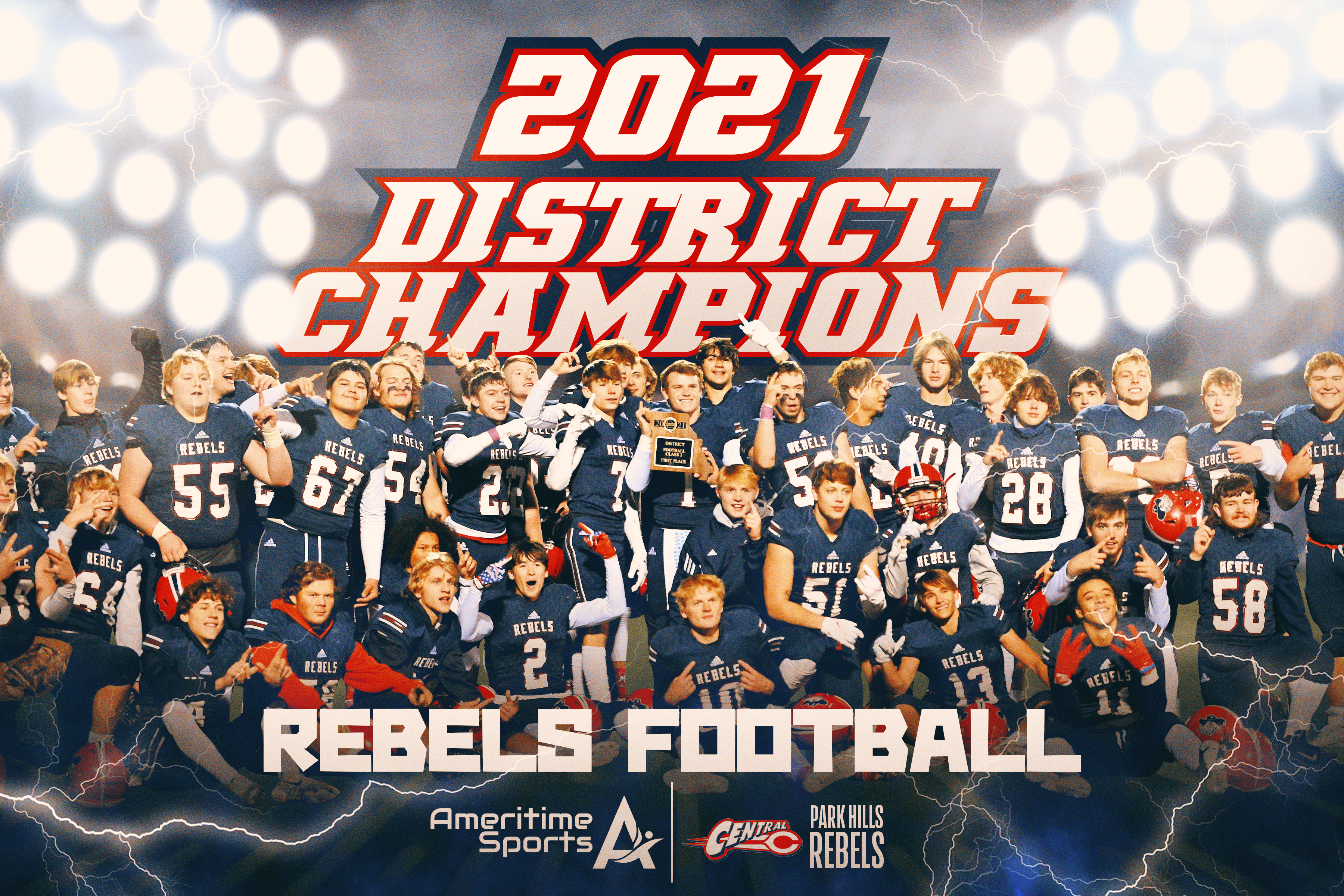 Congratulations to all the members of the Park Hills Central Rebels Varsity Football team who earned accolades for the 2021 season.

Here at Ameritime Sports we feel that there is no such thing as too much recognition for the special talent that we cover, so we’re going to continue to brag on these boys. Without further ado, here are your Park Hills Central Rebels All-State, All-Region and All-District award winners for the 2021 season.

The Rebels had yet another blockbuster season in 2021 that saw them go 10-2, rip off a nine-game winning streak and make it all the way to the quarterfinals of the MSHSAA State Tournament. They stumbled against a poorly districted St. Mary’s team (that should have been in Class 5 instead of Class 3), but held their own, and had some incredible achievements from their top tier talent throughout the year to get them as far as they got this season. The Rebels saw 10 of their players awarded All-District honors, 14 named All-Region and five who were named to the All-State team.

These exceptional young men are listed below:

Congratulations to these Rebels and their families for their noteworthy accomplishments, and good luck to all in their bright future endeavors.