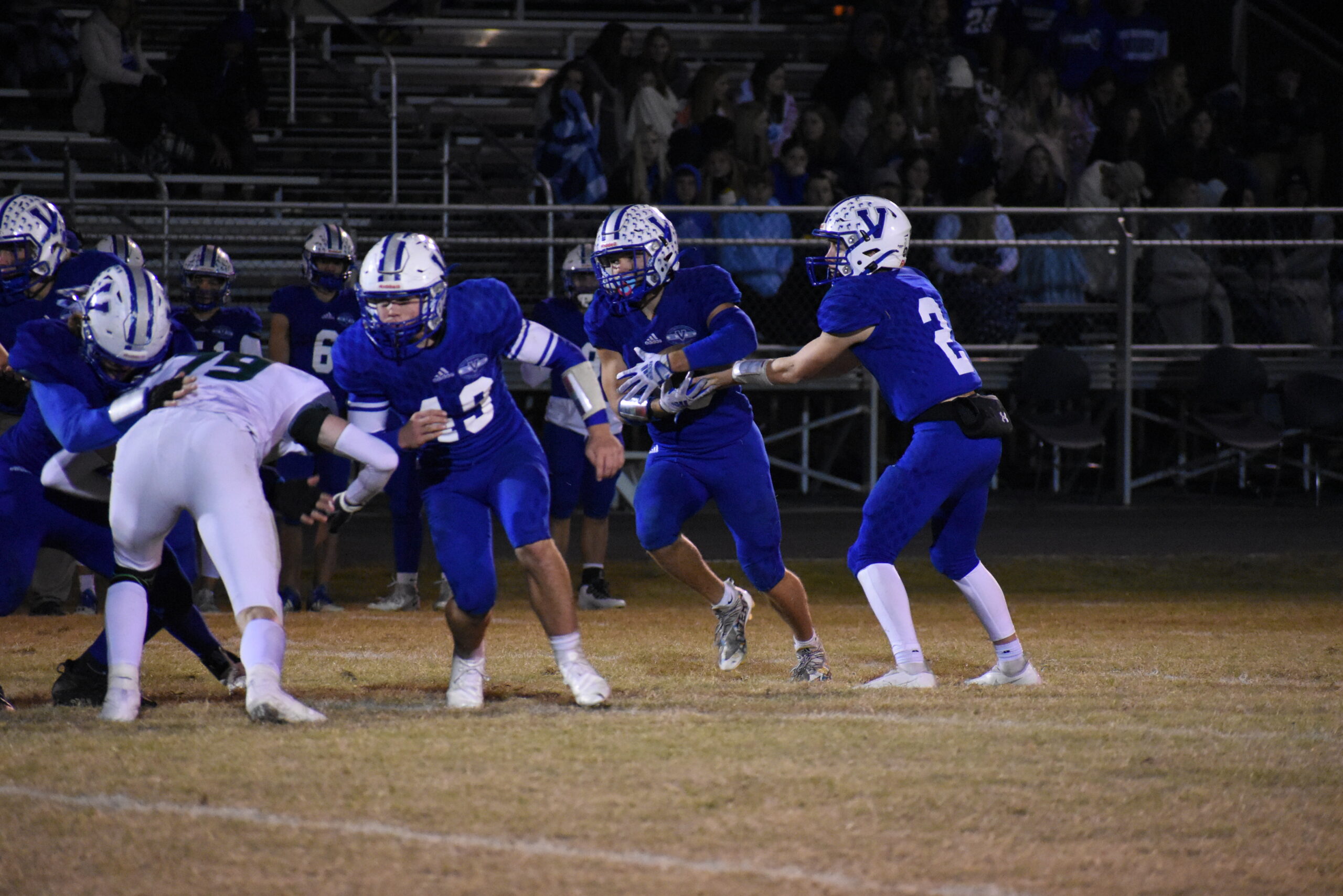 The Valle Catholic Warriors Varsity Football team faces off against the St. Mary’s Dragons this Friday, November 12th for the Class Three District Two Championship. Keep in mind the Dragons dropped down a peg from class four, while Valle had to jump up two spots from class one to class three, so there is a somewhat uneven playing field in terms of rankings on the district stat sheet.

The talk around the water cooler though is that this game, right here, is the “real” State Championship.

That being said, the Warriors are no strangers to slaying Dragons. They come into this game off of a 69-35 win over their crosstown rivals, the Ste. Genevieve Dragons, last week. As you could probably surmise, it was an action-packed game between two teams that have high powered offenses.

Bryce Giesler had arguably his most effective game of the season as he carried the ball a whopping 39 times for 283 yards and scored six total touchdowns, and also added a 49-yard reception. It also should be noted that his season as a whole has been one for the record books. Then you have Aiden Heberlie, who caught six passes for 129 yards and two touchdowns and also chipped in with a rushing TD. Grant Fallert was calling the signals and threw for 198 yards and two scores on a day where he wasn’t asked to do much after halftime. This is truly a tough offense for any team to contend with.

St. Mary’s could very well be the Warriors’ toughest test yet though. They are 8-1 on the season, have won seven games in a row and have scored under 25 points only two times all year. Their only blemish is against a Naperville squad that they chose to play up against. Outside of that game they pretty much took every opponent’s lunch.

Their top player is wideout/free safety Kevin Coleman, who has every college in the country beating down his door. He’s currently the top ranked recruit in all of Missouri, so with him and QB Caron Spann under center, Valle is going to have to come up with a shutdown strategy for these potential big threats.

Last season St. Mary’s matched up against the Warriors in the playoffs and came away victorious with a 55-22 drubbing, but that was Valle adjusting to the new class. This year likely holds a very different amount of weight in regards to the Warriors’ position.

Valle is going to be seeking revenge though as St. Mary’s represents Valle’s only loss in the last two seasons combined. In order to get back to the State Championship game and their first in in Class 3, the Dragons will have to be dealt with. Look out for Valle to avenge last year’s playoff loss on Friday, November 12th at 7 pm at St. Mary’s.