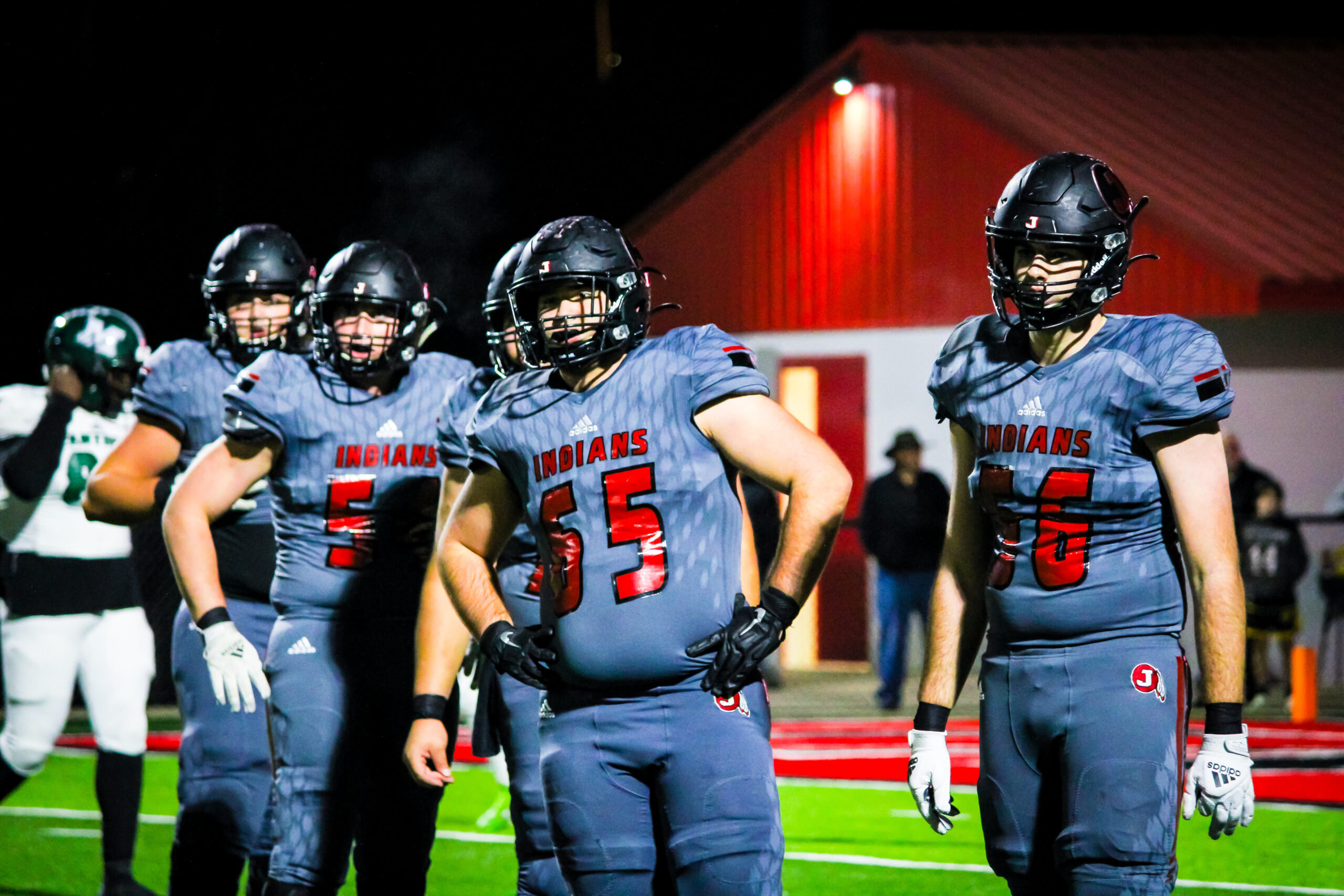 The State Title defense of the Jackson Indians Varsity Football team continues on Friday night as they host the 9-2 Seckman Jaguars at 7 pm.

Domination. Webster’s Dictionary defines it as… just kidding. No need to go there.

If you’ve been following the Jackson Indians Varsity Football team at any point this season you know the definition of dominance. The Indians kept the line moving last week in the defense of their State Title with a convincing 59-7 blowout over the Mehlville Panthers.

This week they have a new challenge in the Class Five District One Finals as they take on the 9-2 Seckman Jaguars. The Jags have had an impressive 2021 campaign, going 7-2 in the regular season, but the playoffs have been a bit of a rollercoaster for them. They handled Cape Central quite easily with a 25-0 victory in the first round, but in the semi-finals they barely squeaked by the notably physical Poplar Bluff Mules 35-34. Still, they look to be Jackson’s toughest test to date.

Seckman hasn’t been nearly as dominant as the Indians on paper this season, but they have a rare talent in quarterback Cole Ruble. Jackson is going to have to be on high alert and shut down number 15 if they’re going to advance. Ruble is responsible for 43 total touchdowns this season (13 through the air, 29 on the ground and one of the receiving variety), and has routinely single-handedly carried the offense for this Jaguars squad. In fact he had almost 2,400 yards rushing on the year. (Insert surprise-eyed emoji)

Thankfully, Jackson has a few offensive weapons of their own: quarterback Cameron Marchi, wide receivers Kannen Turley and Isaiah Davis and the two-headed monster on the ground of Tony Williams and Joshua Wehrenberg. These all-world talents and a ridiculously stout defensive unit should be plenty good enough to combat the one big name Seckman is throwing out there.

The Indians will get to host this one as the reigning number one seed, keeping that advantage after they wiped the floor with the Panthers last week. This week will likely be their toughest test yet, but that comes with the territory once the playoffs start. This is their attempt at a fourth straight District Title and you can bet that Head Coach Brent Eckley will have everyone, and we mean everyone, ready to do anything to advance to the next round in their pursuit of back-to-back State Championships.

Kickoff is on Friday at 7 pm in Jackson, and the Pit should be rocking.