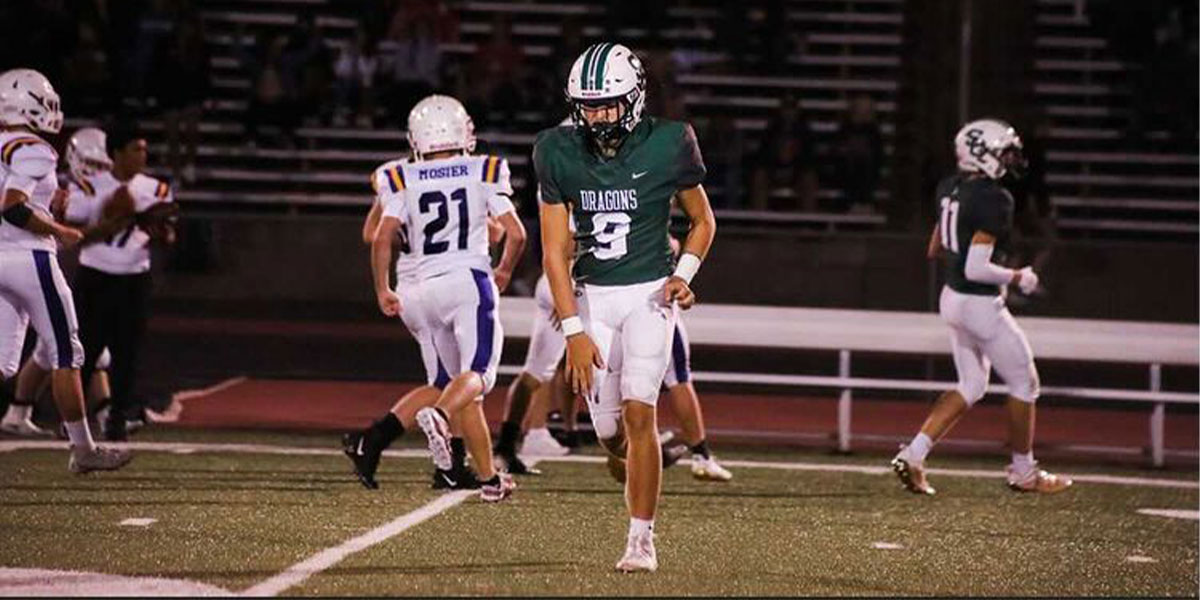 The Ste. Genevieve Dragons Varsity Football team ended their regular season on a three-game winning streak with a 55-14 win over the Brentwood Eagles on Friday.

This game was probably more out of reach for the Eagles than the scoreboard indicated. The Dragons did what they’ve been known to do best all year, start fast. Aiden Boyer started this one with a 43-yard touchdown pass to Zach Boyer that gave the Dragons the initial lead, and they never looked back. Aiden chucked another touchdown pass shortly after 18 yards through the air to Kaden Flye. He threw his third of the game to Zach once again, this time from eight yards out. Austin McBride capped off their huge first quarter with a ten-yard touchdown run that put them ahead 28-0.

The second half was much less eventful. All Ste. Gen had to do was limit the damage and they did just that. Klayton Squires returned a kick 75 yards for a touchdown and that was the Dragons’ only score of the half. The Eagles did end up punching in two touchdowns, but it wasn’t close to enough as Ste. Gen wrapped up the 55-14 victory and improved to 6-3 on the season.

Aiden Boyer put on a show in this one. He completed seven of eight passes for 225 yards and six touchdowns. McBride carried the ball 12 times for 170 yards and a touchdown and then there was Zach Boyer, who had what was probably his best game of the season. He racked up four catches for 173 yards and four touchdowns. Buatted and Flye each caught a touchdown as well.

Squires and Tanner Weiler led the defense with three tackles each. Buatte had two tackles, both were for a loss, and Will Vaughn and Landen Carron each had two tackles and a tackle for a loss. They held the Eagles to just 146 total yards of offense.

The Dragons are playing some of their best football at exactly the right time. Their high-flying offense has been hot as of late and they are looking to carry that momentum into the postseason. They are going to be ready for any opponent set in their path and have a real shot of taking down a district title.